Note: this article is a work in progress.
The river Bundabhadra, which connects the Temple City of Pramanur in the eastern mountain range with Calika's capital, Charakur, on the north shore, is the state's biggest and most important river, providing water to a large part of the country. 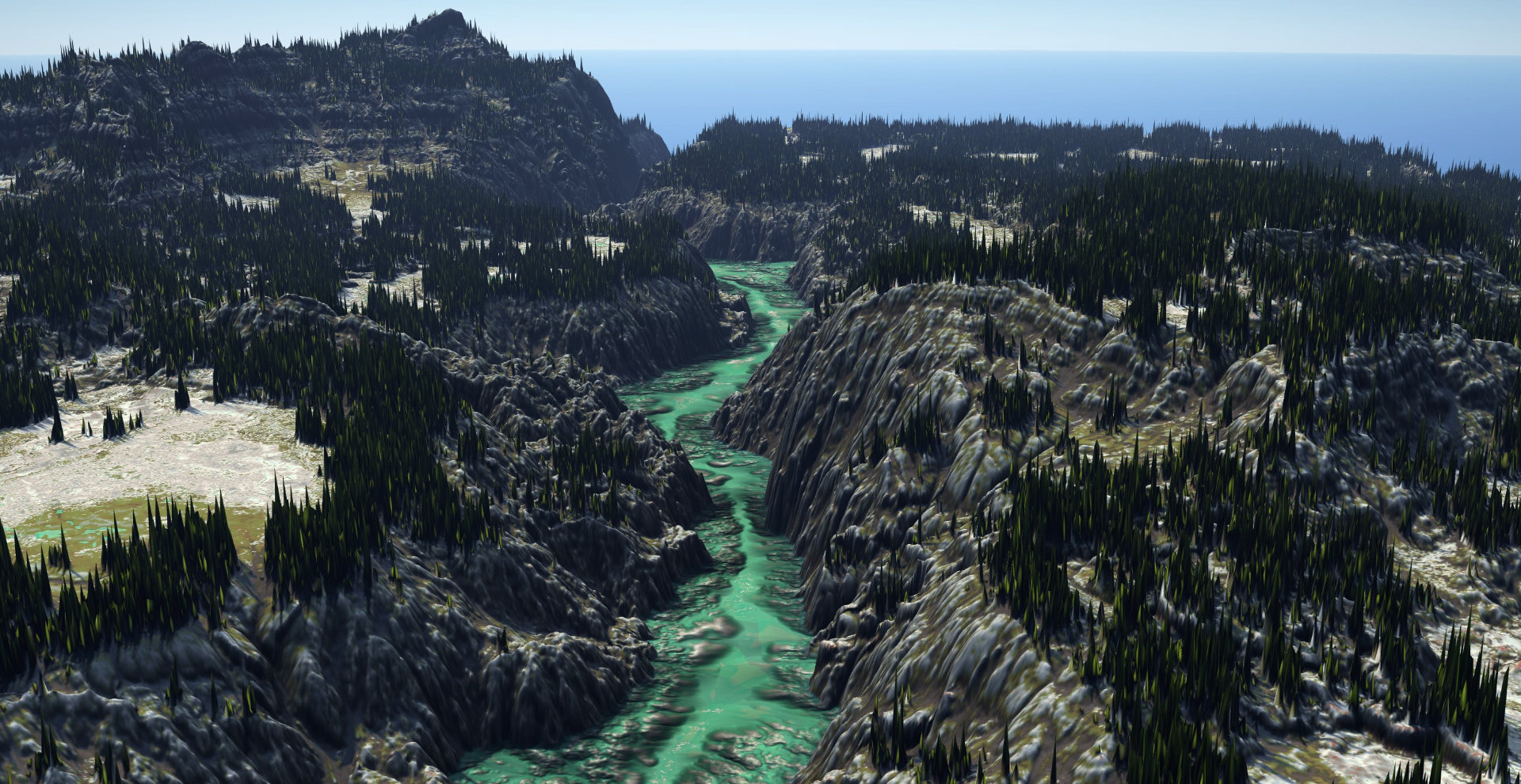 In the mountain region, the river has cut deep channels into the rocks, which has forced the locals to develop a wide variety of watering systems, such as bucket wheels powered by wind mills, in order to get water onto their fields. As one travels farther downstream and gets closer to the capital, they can see the river widen out and become more shallow. During the rain season this causes the river to flood a wide area of land for a few weeks. The farmers take advantage of this phenomenon by planting fruits and vegetables close to the river that are able to thrive despite the ground being flooded.
Bundabhadra
Open full size
The great river.

Using the river for trade by ship is not an option:   Instead small boats are used for fishing and floats to cross the river, where needed.

An evil creature that was imprisoned within the mountain began to corrupt the priests who served in the Temple City of Pramanur some 180 years ago. The entity bribed them with the promise of power in order to get their cooperation. The blood of sacrifices was poured into the rough soil by the priests in order to strengthen the monster alive and well. The entity's progress toward greater power coincided with the seepage of a toxin into the earth, which not only shattered the rocks but also made its way into the river. The fish in the river perished, and the people who lived farther down the river in Charakur fell ill as a result. The king of Calika dispatched investigators in order to discover the origin of the problem, and those investigators eventually narrowed it down to Pramanur and the rising cult of the Serpent Queen. It was necessary to deploy a little army, which included some war casters, to bringing an end to the serpent worshipping cult and burying the Serpent Queen in a fresh grave deep within the mountain.   But once more, in their dreams, priests continue to get assurances of more money and power.

Every month, all of the Calikans who live in close proximity to the Bundabhadra take the opportunity to purge themselves of their sins by taking a bath in the river. After that, they proceed to a nearby temple, then to their parents, and finally to several food stalls that offer roasted, fried, or stewed goods.

Why Did It Have to Be Snakes? - Starting Point: Charakur. Precondition: friendly with King Harun. After pilgrims did not return from their trip to the Temple City of Pramanur, the king has dispatched soldiers twice to investigate what is happening on either on the route to or inside the temple city. Both teams did not return. He believes that the party is in a better condition to investigate the situation than his soldiers are, so he asks them if they would be willing to go and check it out. The path takes the party up the Bundabhadra river, and once they reach the community of Jobalpur, they will have the opportunity to collect further clues. Note: there are almost no snakes to be found in the river until very close to the mountains, where the party will find countless snakes anywhere.   The Silence of the Lambs - From one day to the next the lambs in Jobalpur do not make any noises anymore and react weirdly. The inhabitants of the settlement ask the party for help to find out what happened. 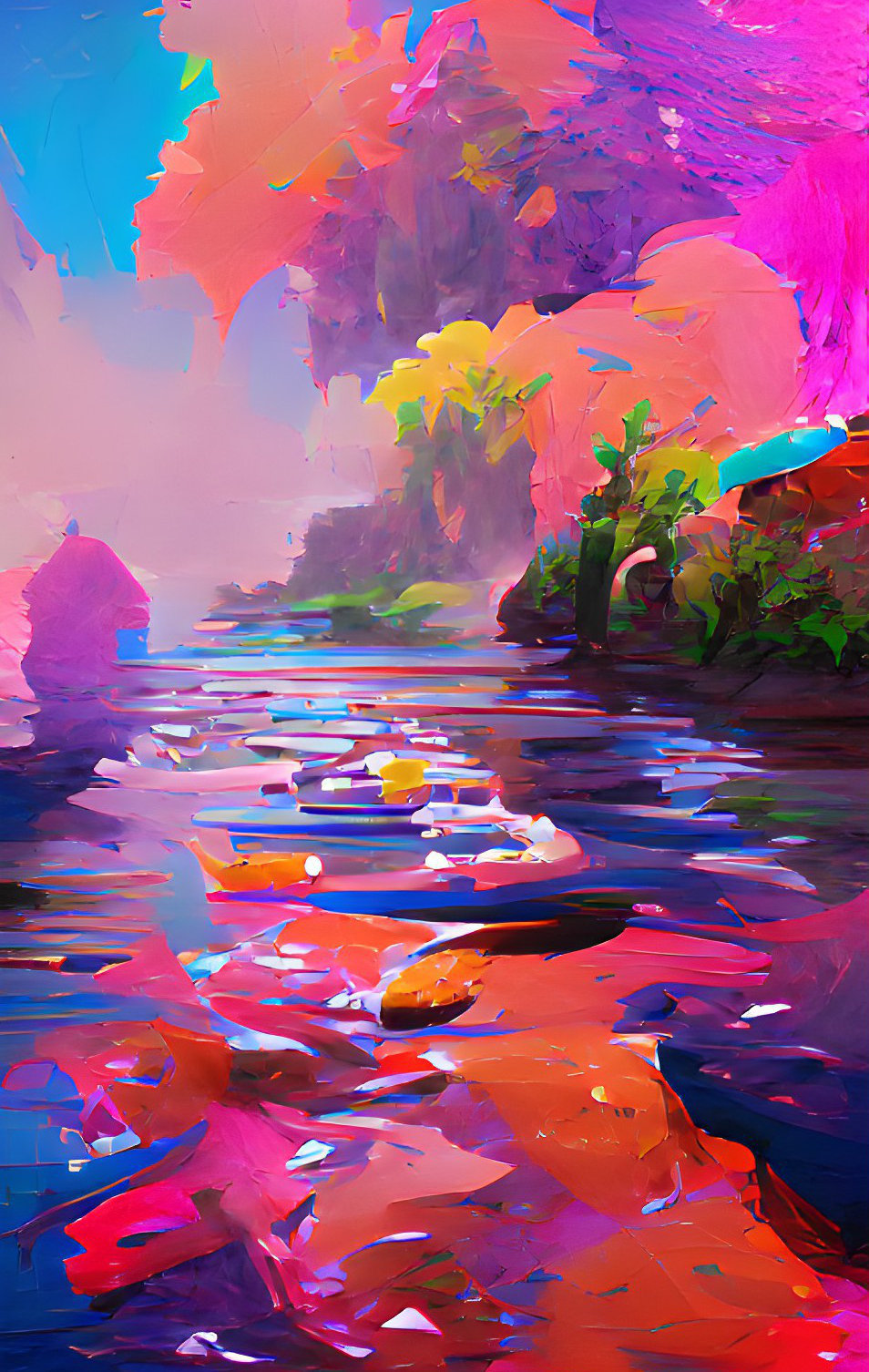 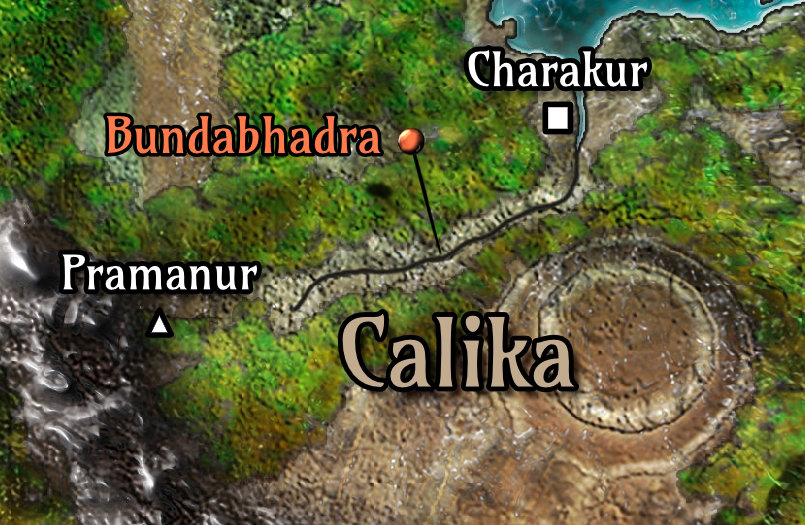 Click here for copyrights and used content / licenses / commissions / OGL   Content Usage: Do not copy! You are allowed to use my world's content while playing with your group,
you are not allowed to copy it and include it in your own products except when explicitely allowed by written permission from me.
Article template
Geographic Location
World
Alana
Author
Tillerz
Publication Date
15 May, 2022
Creation Date
2 May, 2022
Last Update Date
28 May, 2022
Visibility
Public
Views
226
Favorites
26
Comments
4
Tags
challenge-2022 river

Love the visuals here. Between that and the serpent cult it seems like the perfect setting for a Diablo-like game.

A good article as always Tillerz, Your maps and images used are great. A well deserved Like/Fave from me. The added extra about the Serpent Queen and the plot hooks are also a good touch to the article.   Aemon

As always, great visuals to accompany the great story. I'm really jealous of those maps of the river from above. Those are great.