Note: this article is a work in progress.
Long ago the caldera of Mount Shushroar got invaded by seawater, cooling down miles of its throat and most of the dikes. The steady flow of water, getting vaporized by the heat, left a thick crust of salt everywhere, stabilizing the tunnels. 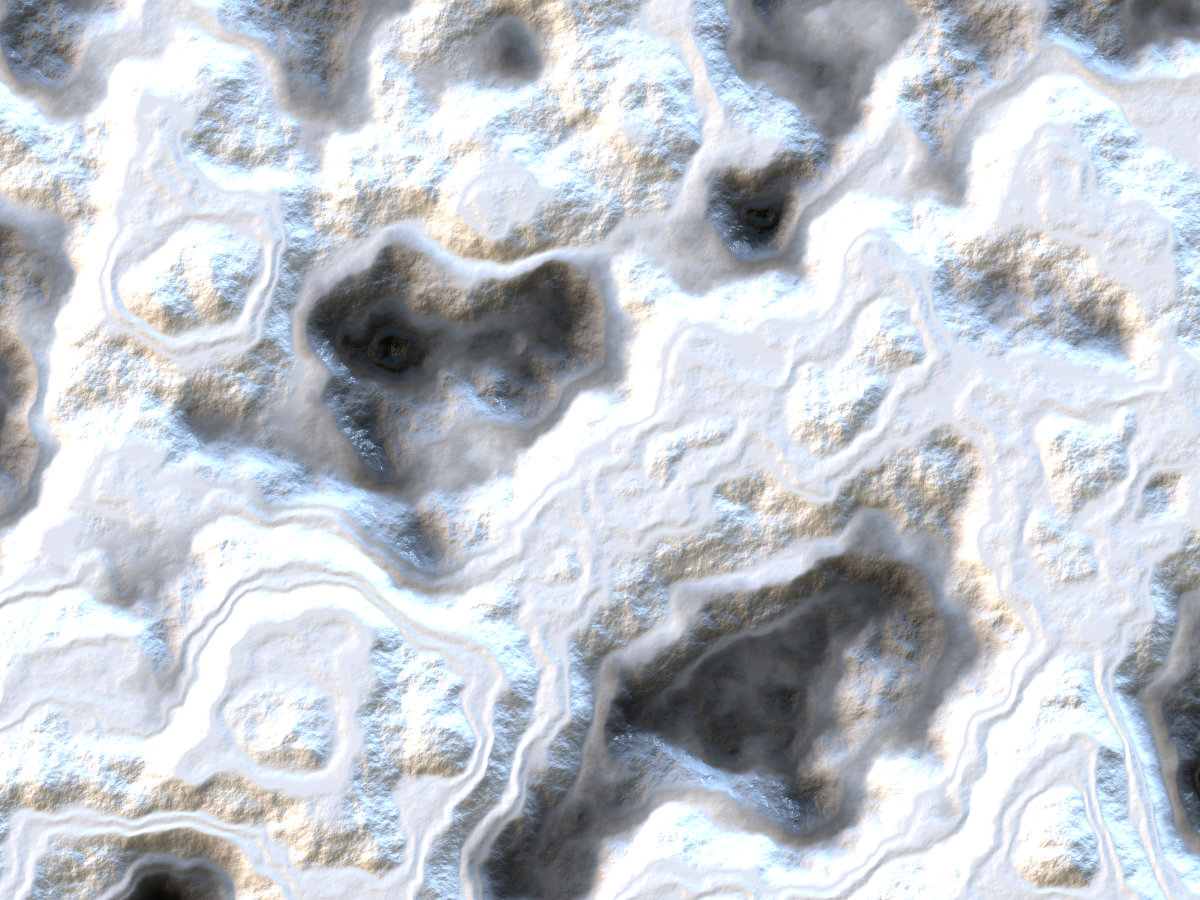 Salt Crust by Tillerz
There are only a few active dikes left on the south side of the volcano, while the others are accessible by foot. Animals and creatures of the the region seem to avoid this area.

Mount Shushroar (Wild Lands), day 1 - While exploring the steaming flanks of Mount Shushroar, we accidentally found a huge system of caves underneath, by falling into a hole that was hidden in the shadows of some rocks. We are calling it "The Downbelow".   Be aware that all the volcanic rocks are quite sharp and you can totally rip your precious clothing if you brush along them.

The Downbelow is a vast system of tunnels and caverns connected to the central cave below the caldera of Mount Shushroar, which stretches down several miles where it finally hits the ground of rocks and magma pools. If you wanted to reach the bottom by foot, you would have to use the tunnels, sometimes having to climb down to a lower level.
Descending down, the temperate rises from a chilly frost at the top of the mountain to sweaty heat at the bottom, with rock-melting heat when you come close to the magma pool. There are a few locations, where seawater seeps through the rock, only to hit the magma and getting vaporized immediately.   Somewhere between all the walls, vents and pools stands a large gate, engulfed in flames. 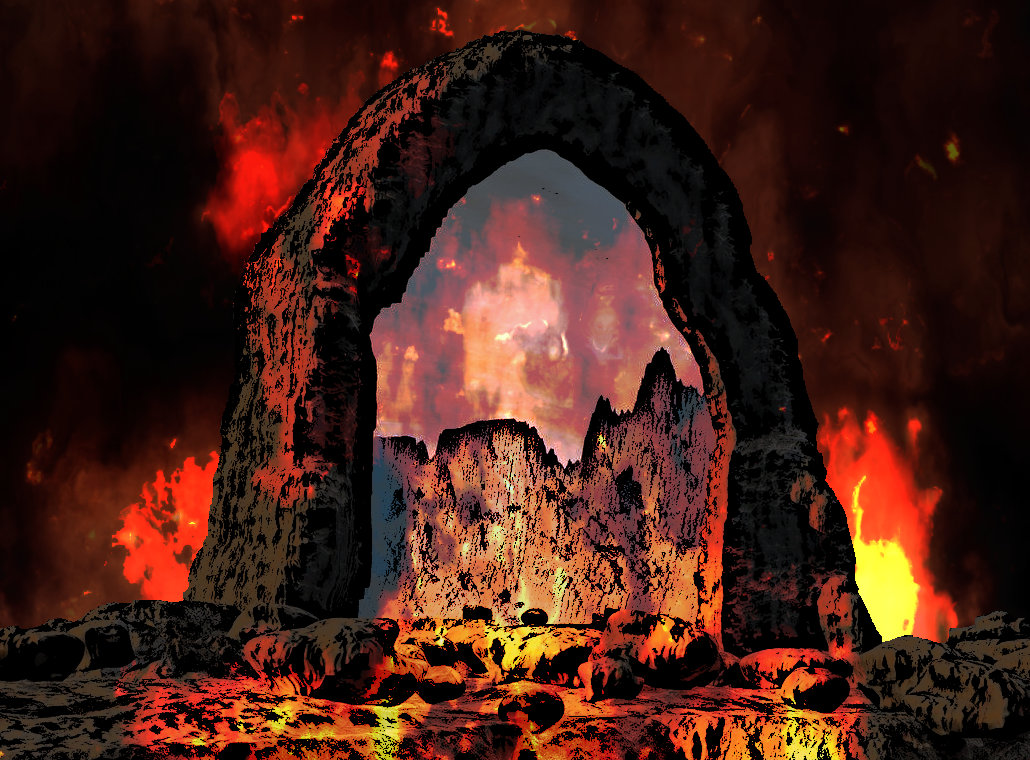 The mix of magma, salt and Aeum has created unique specimens only available in this area. 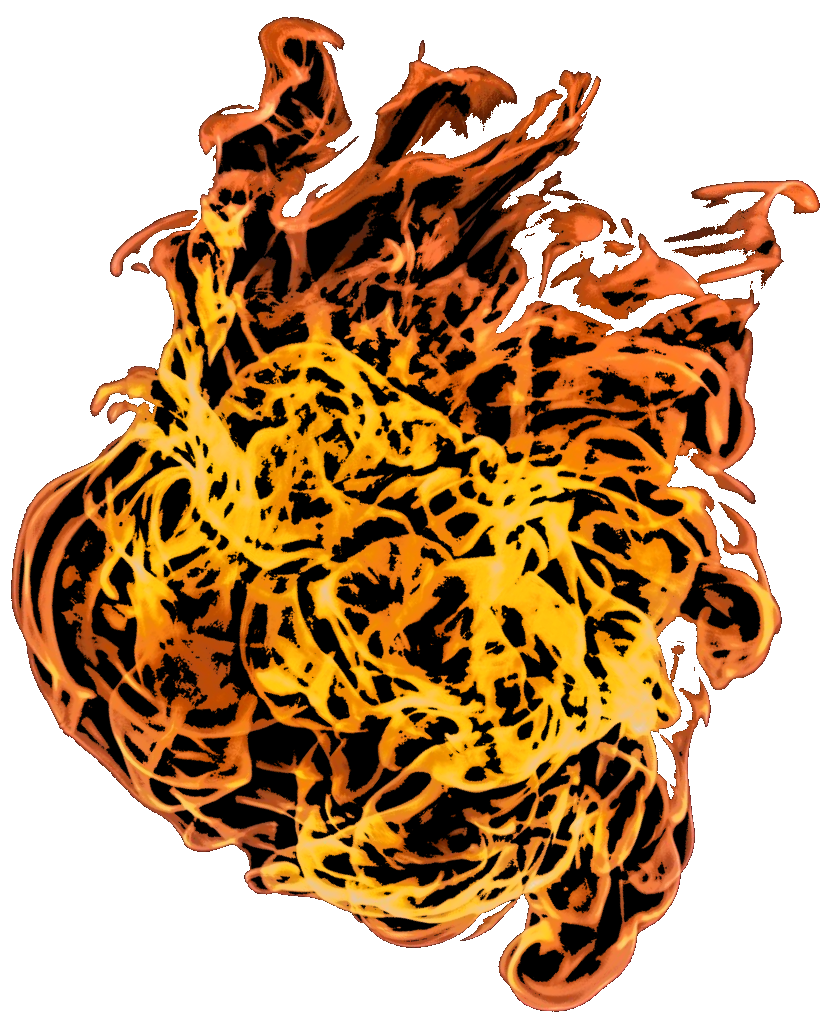 Living Flame by Pixabay/Tillerz
Living Flame   Living flames are self-aware balls of fire, that are fed by a greater source nearby. They have no apparent goal except defending themselves or the source that nourishes them.

Googma   Between the rocks and magma pools at the bottom of the Downbelow, a strange material pokes out. It has been named Googma by Geertruud Smallbottom, who has discovered it first. It feels warm and rubbery to the touch, and it reacts to pressure. 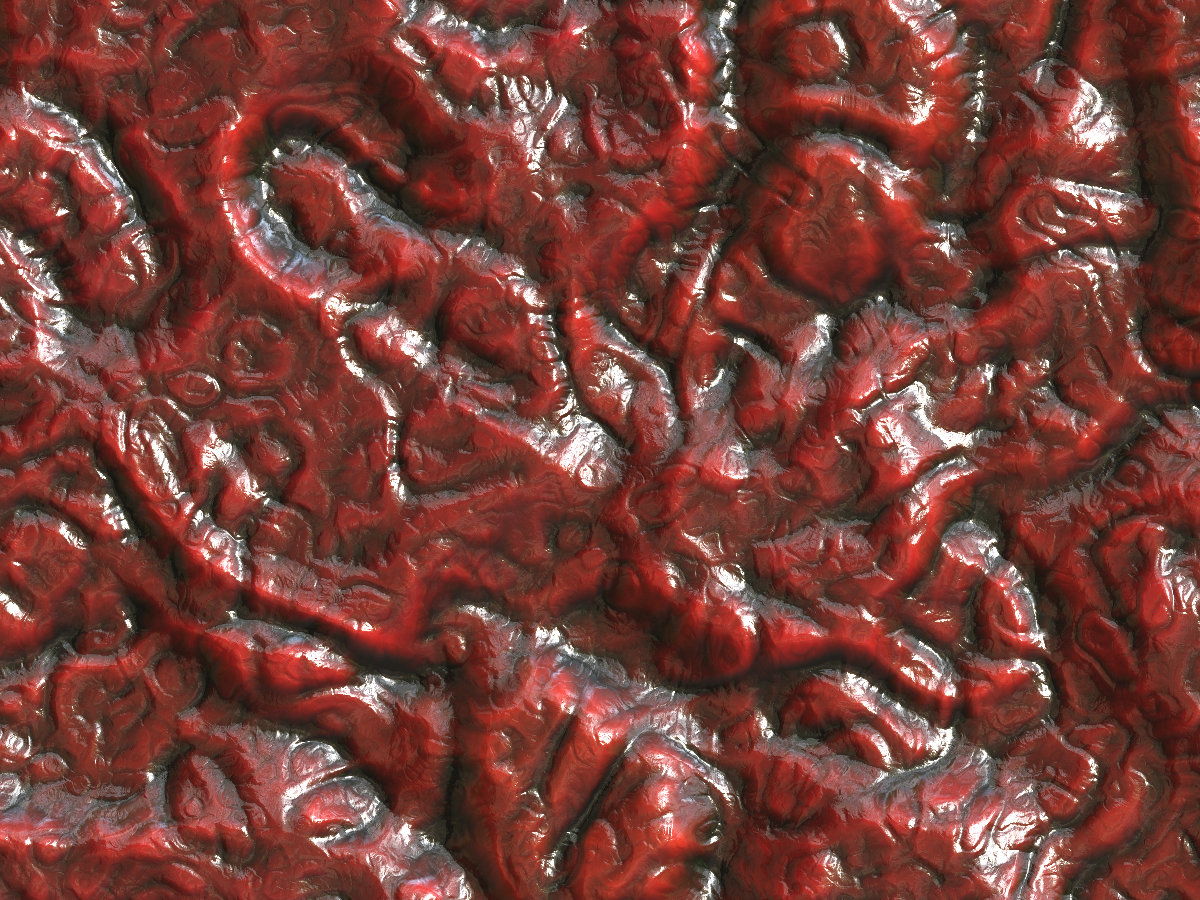 The Downbelow (Wild Lands), day 12 - Googma: do not touch it! It becomes a surface with a thousand protruding hands and fights back, and not in a way you will like! Probably.
Great Balls of Fire 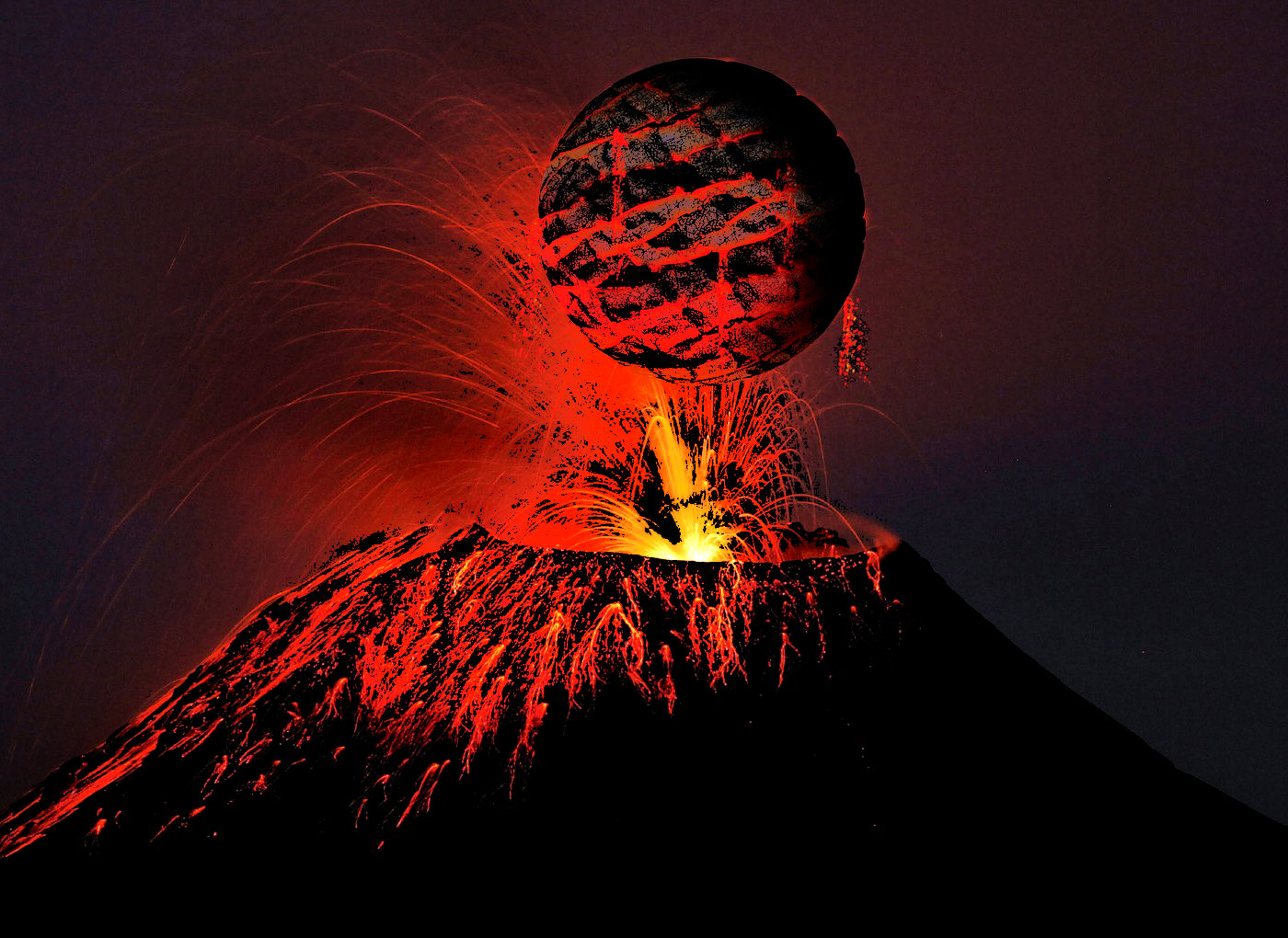 Ball of Fire by Pixabay/Tillerz
These balls of rock and magma float above smaller vents and seem to keep the magma flow under control. They are about 2 foot in diameter.


Saltberries   Saltberries are small droplets of magma, coated by salt and Aeum, which keeps their heat sealed inside until released from their shell. If the coat is broken, the droplet is released, its heat radiating into the environment and it is then slowly cooling off.   Practical use: One berry is enough to light a fire or make water in a small cauldron boil (you just break the berry and drop it in, later fishing it out of the water). 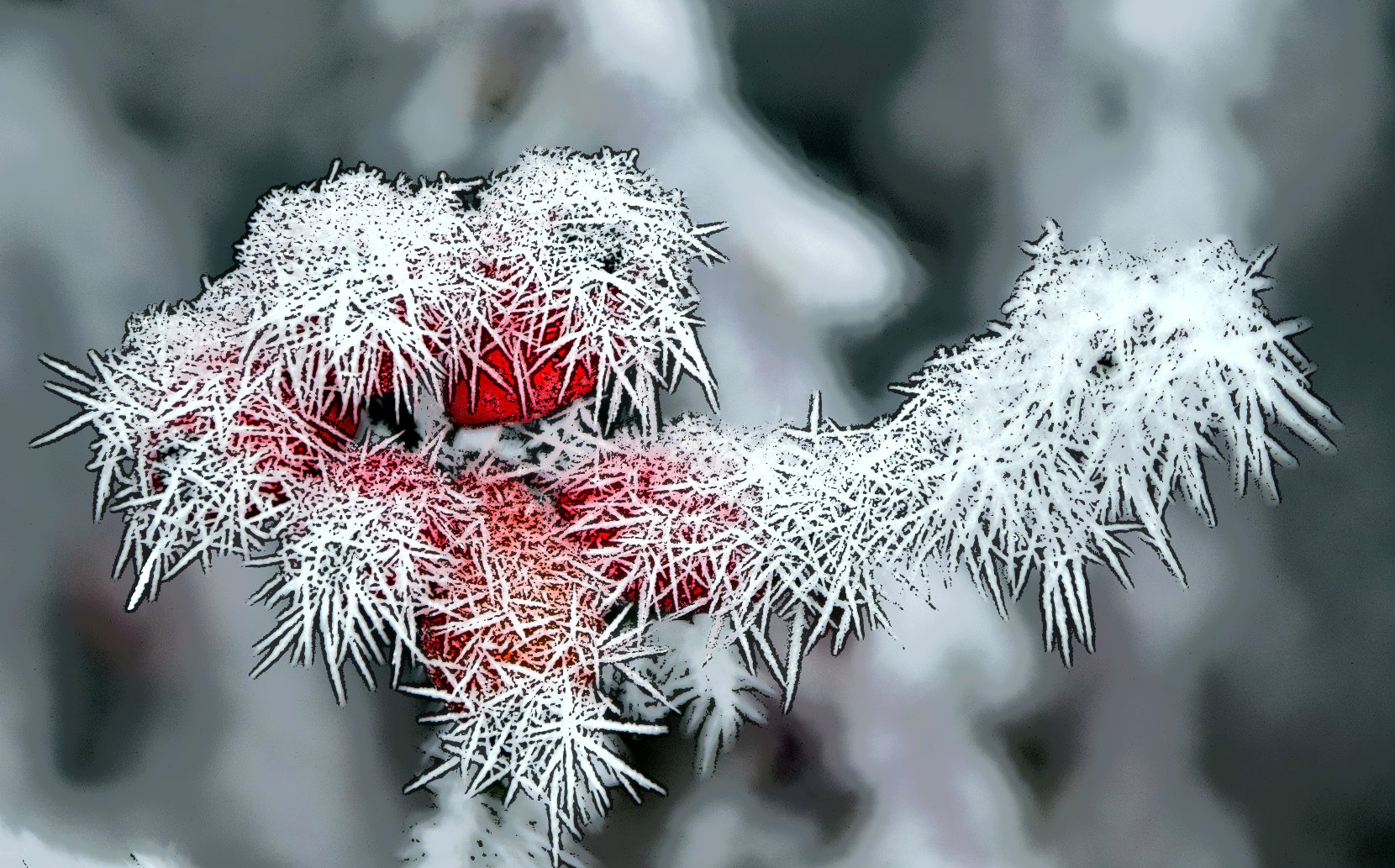 Fetch me some snacks - Saltberries might be something that people pay heaps of money for, with benign or malicious intend.   Hello from the other side - Something is calling, and it is coming from the Downbelow, behind that fiery gate. 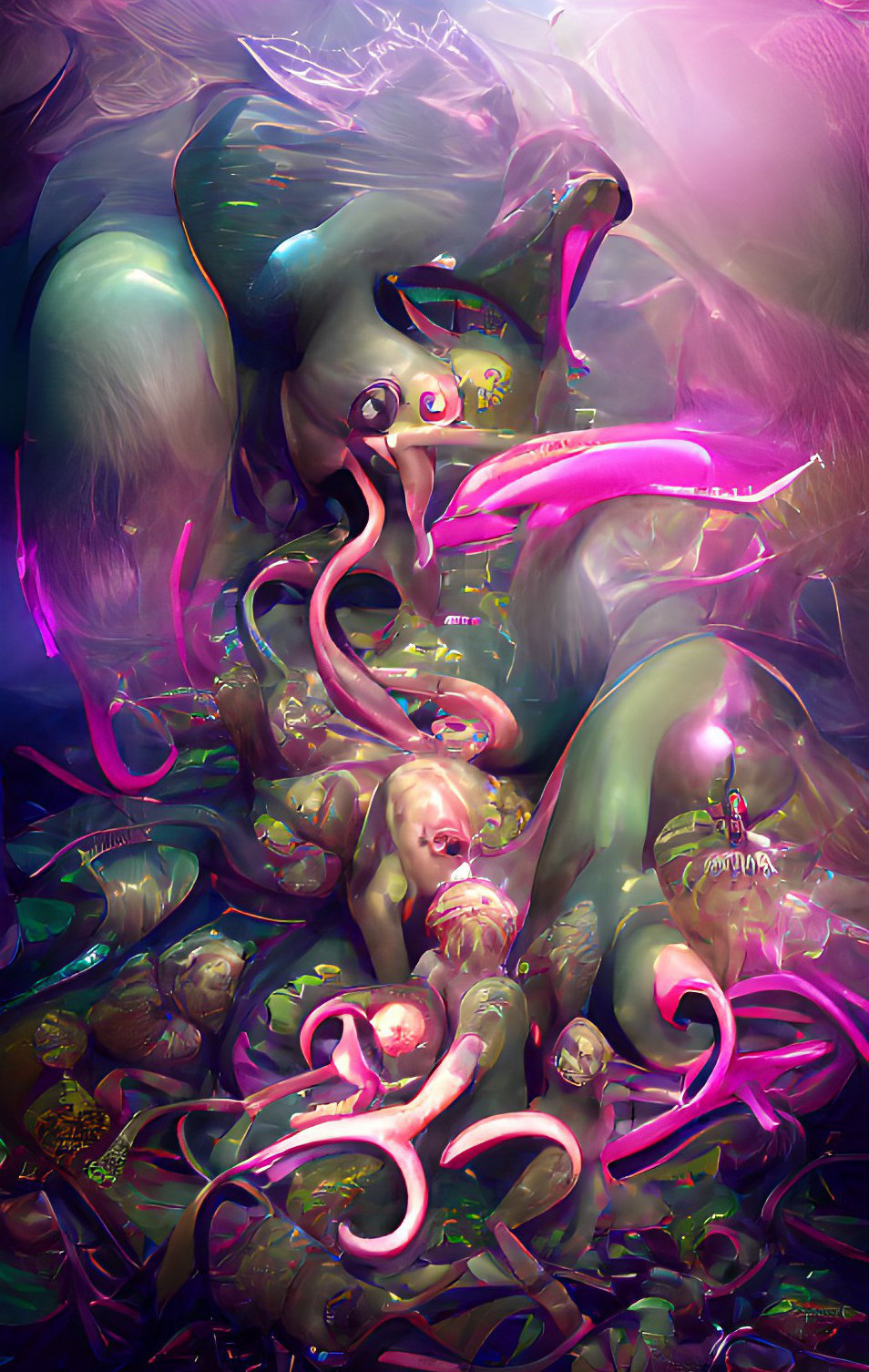 Competition Homepage
In response to the prompt Describe a geographic location beneath the surface - what can you find lurking there?

Click here for copyrights and used content / licenses / commissions / OGL   Content Usage: Do not copy! You are allowed to use my world's content while playing with your group,
you are not allowed to copy it and include it in your own products except when explicitely allowed by written permission from me.
Article template
Geographic Location
World
Alana
Author
Tillerz
Publication Date
6 Dec, 2020
Creation Date
6 Dec, 2020
Last Update Date
13 Jan, 2022
Visibility
Public
Views
452
Favorites
17
Comments
4
Tags
we2020 geertruud

Very cool. Visually appealing, and I like how you've created new materials. Also, your second quote about Googma made me laugh

Oooo really interesting! :D   'Descending down, the temperate rises from a chilly frost at the top of the mountain to sweaty heat at the bottom, with rock-melting heat when you come close to the magma pool. There are a few locations, where seawater seeps through the rock, only to hit the magma and getting vaporized immediately.' You have this paragraph in twice! I thought I was going crazy for a minute.   I love all the different flora and fauna - all of them sounds so interesting and unique. I particularly like the different uses for the saltberries.   The quotes from Geertruud are amazing. I love her sense of humour. :D

The temperature description specifically was to avoid any numbers... I mean in a fantasy world no one knows Celsius or Fahrenheit. :D   And I try to make the quotes interesting. Way more coming as I will add her as "source" in many other articles.

Everything about this article is so interesting. The Living Flames sound beautiful - if dangerous! The illustrated initial is absolutely stunning.

This place looks strange and yet beautiful! I really love the quotes by Gertrude. She seems like an inquisitive woman indeed. Asides from that, the fauna here seems really interesting, especially given that the flames themselves are alive   I had a few questions btw. How did the water get so high up in the first place? Is Gertrude exploding by herself or is she aided by others? Is the volcano sort of alive since the fires seem to be self aware?   This article was really fun to read for a short one! :D

Thanks! Ok, will refine that a bit. The volcano reaches down WAY below sea level, so the water is not going in on top but at/below sea level. And I'll add more things to this article the the ones around it to clarizy things. :)