Note: this article is a work in progress.
Made for the Peculiar Plants Challenge 2021. 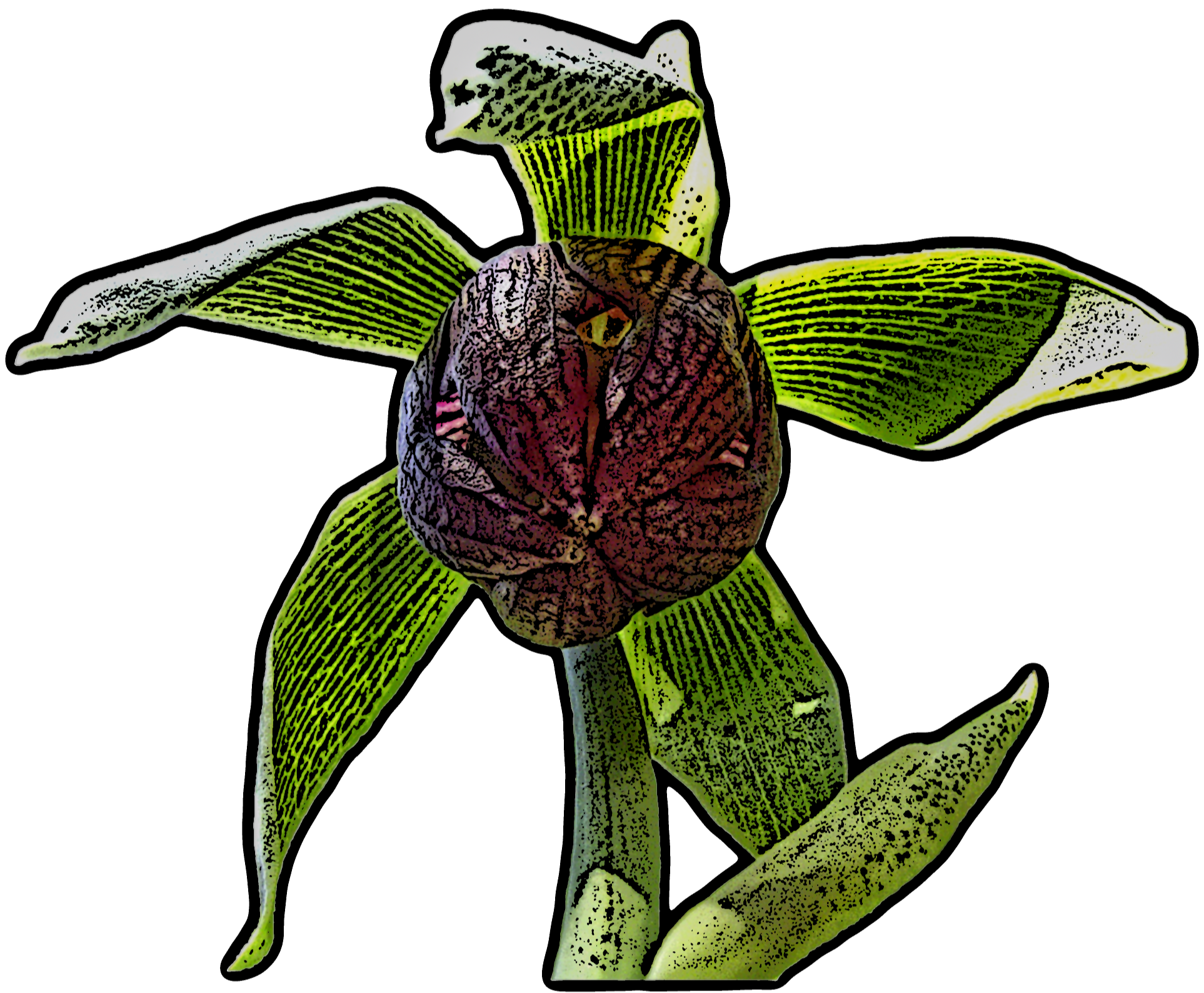 DarlingtoniaCalifornica by Denis Barthel
The Geertruudia (biol. Smallbottomia Oboediens) is a carnivorous plant and its blossom (when closed) has the rough shape of a bowl. It was first discovered and named by Geertruud Smallbottom while travelling through the vast, unexplored jungles of Boranga. The plant lures victims close with a very sweet smell. When it detects the body heat underneath its open blossom, it quickly closes and suffocates the victim, so poikilothermal creatures are secure from Geertruudia.

Geertruudiae have a strong stem and large pointy leaves, a huge blossom is sitting at the top of the stem, hanging downwards to the ground.

If supplied with enough water and all the nutrients it needs, a plant can grow to its maximum size of almost 3 metres within a year. After two years the plant will start growing egg-sized oval capsules around the neck of the blossom, and next time the plant rapidly snaps for a victim, some of the seeds just snap off and fly through the air to find a place to grow.

The plant is usually growing in crowded jungle areas where it is hard to make out between all the other plants surrounding it, raising the chance to capture an unsuspecting victim. 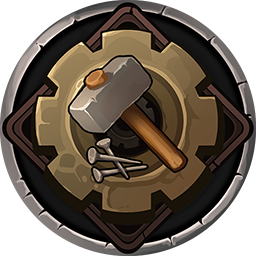 Gnome Workshop
The gnomes of the Gnome Workshop have domesticated 12 plants in a large greenhouse on top of their workshop. Each plant sits in a separate and movable pot, surrounded by a large cage to prevent any unsuspecting gnome to get trapped by a plant by accident. Access to the plants is possible by walkways above the cages. 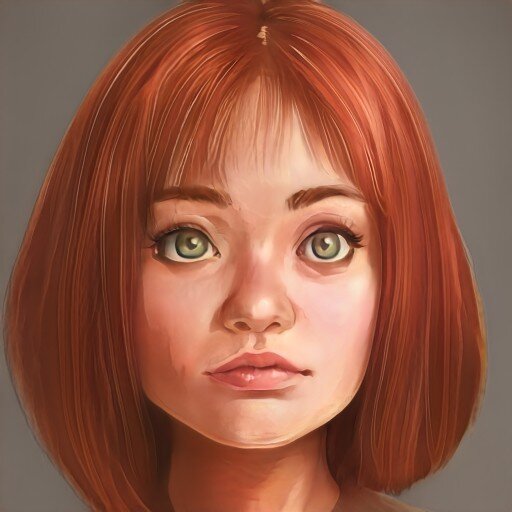 Geertruud by Artbreeder
During one of her explorations, Geertruud Smallbottom found herself trapped inside the plant. Fortunately, nearby employees of the Gnomish Expeditionary Force saved her. While freeing her, the gnomes found out that once the plant had a victim in its grasp the plant remembered its form until it closed its blossom petals around a new victim. Further investigation revealed, that it is possible to trap a tiny item inside the blossom of a still small Geertruudia plant, and that the plant will remember the shape even once has reached its final size. You just have to avoid the plant moulding around a different shape in-between by feeding the plant with fluids instead.   So the gnomes started feeding only liquid or pulpy stuff (waste from a nearby butcher) to the plant, to create a living, scaled up mould for this model. To create large replicas of the small model, they trigger the full-grown plant to close its blossom and then fill wax into the sealed-off space through a small hole at the top. The plant, unable to digest this soon cold block of wax, opens its blossom again, releasing a pretty accurate wax replica. Because of its very resistant petals, the plant itself stays unharmed. 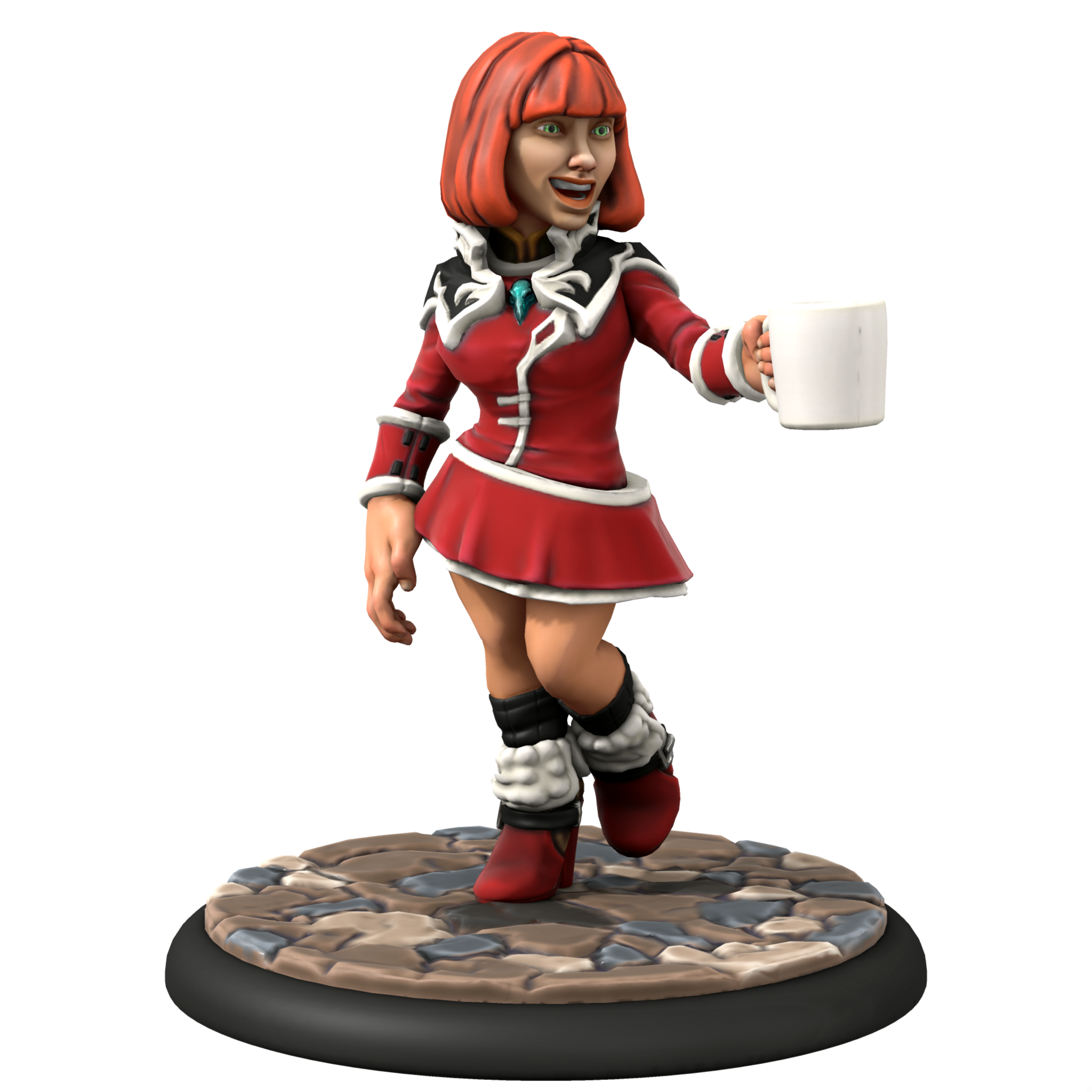 Geertruud Mini by HeroForge
The first use case for this was creating life-sized replicas of Geertruud miniatures made by Jamond, which were ordered by Margo Weedlebeam for the Geertruud Museum at Gnomerado. The gnomes made three copies each, one got a coat of colour for display in the museum. Two uncoloured copies are kept as replacement in case of damage to the exhibits. The plants that were used to make them have now been repurposed and new ones will need to be grown if more replicas are ever needed.

Boranga is so far the only discovered habitat.

The plant has no intelligence per se. It just reacts to heat underneath its blossom, closes it quickly to entrap a victim and tightens up around it to get all the air out to suffocate it. Depending on its age and size, it can catch creatures from bugs to human-sized prey. If it did catch a victim, that is slightly smaller than the plant itself it can survive by consuming it for several weeks.

Down the Drain - Some Geertruudia seeds escaped the Gnome Workshop by getting washed into the sewers and ended up along the coast of the Right Hand of God, a small island west of Bridgeport, now awash in rumours of people vanishing.

Click here for copyrights and used content / licenses / commissions / OGL   Content Usage: Do not copy! You are allowed to use my world's content while playing with your group,
you are not allowed to copy it and include it in your own products except when explicitely allowed by written permission from me.
Article template
Species
World
Alana
Author
Tillerz
Publication Date
7 Mar, 2021
Creation Date
7 Mar, 2021
Last Update Date
5 Jul, 2021
Visibility
Public
Views
1001
Favorites
30
Comments
7
Work In Progress
Tags
challenge 2021 peculiar-plants geertruud

This is a really great idea! I love that the gnomes use them to create replicas of things (including Geertruud!)

Ooh, I really like the note at the end, where it says that some of the seeds were washed away... Very cool, and makes me want to learn more!

Great article! I love carnivorous plants XD The idea of using them as moulds is super interesting and original! I'm wondering how the gnomes feel about working with them? That sounds cool but super dangerous and not something about which I would be super enthusiastic personally XD What about your gnomes? Do they look forward to being assign to the plant or do they dread it?   I also love the ominous note at the end!   Since you said you didn't mind, I have a few suggestion for things to add or to make your text flow better:   "Strong fibres throughout the stem and blossom petals allow the plant to keep captured even larger creatures." That sentence feels a bit awkward and I had to reread it to make sense of it because of the word "captured" and the word order. You could maybe try to say something like "keep within its grasp" or "prevent them from escaping"?   "The blossom petals are blood red, dark purple or dark blue, the colour of stem and leaves varies between light green and dark green, sometimes it has a yellowish tone." You have a "the" missing before "stem"   In the main text, you say the plant will be fully grown within a year but you don't give the size there (it's only in the sidebar). The info feels a bit missing and I think you could add it here too.   I love how it spreads its seeds!   In the habitat section, you mean that the plant is trying to hide so that it's not spotted and can "attack" people unnoticed? If that's the case, I think you can maybe try to make it a bit more explicit. At this point of the article, I'm also wondering why this is the case. Looking at Venus fly-trap and others, they don't really try to hide. Is it because your plants are aiming for different types of preys? It wants to eat mammals and we are better at recognising the danger and so at avoiding the plants? That would be an interesting detail to add! And information about the diet of the plants in general.   Related to that, I'm interested in what the gnomes are feeding the domesticated ones they have. And how often they eat.   The first paragraph of the Uses section is written a bit awkwardly because of grammar, word repetition, long sentences and the order the information are given. I have a suggestion about how you can make it flow better: "During one of her exploration, Geertruud Smallbottom found herself trapped inside the plant. Fortunately, she was saved by employees of the Gnomish Expeditionary Force. While freeing her, the gnomes found out that once a victim had been trapped inside the grasp of the plant, the fruit remembered its form until it closed its blossom petals around a new victim. Further investigation revealed that it is possible to trap a really small item inside the blossom of a still small Geertruudia plant, and that the plant will remember the shape even once it will have reached its final size. You just have to avoid the plant moulding around a different shape in-between."   At the beginning of the article I thought that it was the leaves of the plants that closed around the victims top - it's perfectly clear in the rest of the article, but I think you could maybe add a short description of what the fruit looks like when opened in the introduction?   "Three of each were made, one of each got a coat of colour for display in the museum, two uncoloured copies are kept as a replacement in case of damage to the exhibits. " That sentence feels a bit too long and I think you could chop it into smaller sentences.   And I would add a bit to the next sentence to make it clearer about which plants you are talking: "The plants that were used to make them have now been repurposed and new ones will need to be grown if more replicas are ever needed."

Thanks a lot for the detailed comment. I adjusted the article a bit. Will do more work on it as well. :)

I thought I had already commented on this one but I appear to be mistaken :p I loved this article, it was a lot of fun to read! The fact that they can be used as molds is very original and interesting. The note at the end seems like a nice start of a story :)

I love the scientific name of this plant, and I love that in the forest, it hides amongst the other plants. Carnivorous plants are always fun, but I found myself wondering what its typical meal is in the wild. Rodents? Something larger? Is it fast enough to catch birds? Does it lure them in somehow? Does it have a smell, perhaps sweet or like rotten meat? Or does it rely solely on the plants around it and chance?   "...plant rapidly snaps for a victim is a great visual, but I would have liked to know how this is triggered. You answer this question at the very end, but I personally feel like the explanation would read better up here.   Creating wax sculptures is a very unique and interesting use for your plant, and my first thought was wax museum! Again, I enjoyed reading this.

Thank you! Adjusted it a bit. And yes, there is a wax museum in Gnomerado. :D

Tillerz, your articles are always so great and, as an engineer, a plant that is essentially an injection molding machine is FANTASTIC.   Small notes on the plot hook at the end of the article:   1) I had to go hunting for your Bridgeport article since it isn't linked here or in Right Hand of God (it would be nice to have a link),   2) I think "ended" should be "ended up" or change "and ended somewhere" to "that discharge", and   3) "island." is orphaned beneath your plot hook icon. It may be fixed by changing ". Now rumours are heard that people vanish on this island." to ", now awash in rumours of people vanishing."   Great work!

Poor Geertruud, with a statue forever showing what happened to her. XD Ahwell, better than dying I guess?