Within the confines of the Asteroid Belt lie the four inner planets, small rocky bodies with few moons and relatively small atmospheres. Despite this, their incredibly dense population has allowed the Inner Planets to remain competitive economically and technologically, leading some to claim that Venus, Mars, and previously Mercury are the "core" of the Sol System.

None have felt the wrath of Sol more than Mercury. Her people have fled, but with Penumbra at the helm, Mercury remains the first line of defense against the Solar Invasion.   Today most of Mercury's people are refugees. Only the hardiest and bravest Mercurians remain, and the planet mostly hosts military and mining outposts.

Brilliant toxic smogs protect and obscure Venus from outsiders. Between the fog is a lush and hostile paradise, the fumes nurturing unique lifeforms that can't exist anywhere else.   Its inhabitants are the strange and alien Fei.

Tellus is a verdant blend of forests and oceans. Tellus is placed under protective sequestration, since it is home to delicate ecosystems and fragile beings.   No travel to or from the planet is allowed, and there are strict regulations on what can be expelled in the space around Tellus. Luna advocates on behalf of Tellus in interplanetary councils.

Mars is a planet of great contrast, from the colourful padi fields to the monochrome cities that stretch up towards the skies. Its two oft-forgotten moons, Phobos and Deimos, are easy to miss among the sea of glittering space stations and massive arcologies occupying low Martian orbit.   Previously the rural backwater of the Sol System, its inhabitants believe they have forged today's technologically advanced Mars through the power of rationalism and meritocracy.

The Outer Worlds beyond the asteroid belt consist of the massive atmospheric giants of the Sol System, swirling titans attended to by dozens of moons and smaller planetoids. Jupiter and Saturn are powerhouses of industry and commerce to the point that the majority of spacecraft are flagged to one of the two planets, while Uranus and Neptune stand vigil over the existential threats from beyond.

Countless moons orbit Jupiter, the self-proclaimed cradle of civilization. Internal trouble has kept the Jovians focused inwards, handling a succession of wars for lunar independence known as Catamite Wars. Now that these wars have been decisively ended, the Great Cyclops again turns their eye outwards.

The brilliant skies of Saturn are ringed with advertisements. The Merchant Princes carve out their domains both on the planet and her moons. Saturn is known as the Grey Market, anything can be acquired for the right price and any law broken with the right bribes.

Constant storms whip across the skies of Uranus. On those wild winds fly the Eyries; floating vehicle-cities. No one lives on Uranus without knowing how to fly, be it with craft or their own wings.

Mysteries lurk in the depth of Neptune. Her oceanic nature has led Neptune on a different path than the other planets, without metallurgy or glass the people of Neptune instead honed their innate abilities and talent for mysticism.   In spite of Neptune's dedication to keeping the interior planets safe, shrines to the unlife in the Oort Cloud are tucked away in underwater caves.

Type
Solar System
Included Locations
This article is a stub . It will be expanded upon later.

This is gorgeous and so well done, as always with your work! I didn't realize that you don't have an Earth in your system until now! Is this far future or far past? Is the Earth now a nature preserve of the past, or will it be the cradle of our future civilization? Or is it none of those? So cool!

Thank you so much! Yes, this is basically our own solar system, except, well, in all the ways it's very very different from ours. I think those are some excellent questions, but I deliberately leaving it up to the reader to decide if this is the distant past or distant future, or perhaps a parallel or alternate dimension. Obscuring Earth and leaving it mostly unexplored helps preserve that, I think.

I absolutely love the clean style and article layouts. Easy to navigate and well structured!

Thank you! Very glad to hear that, because making it easy and clean was a big priority.

Your art is beautiful as always. I love how Tellus (Earth! <3) is left mysterious and as a nature preserve. I do have to ask, though, where are Pluto and Charon?

Thank you! I decided not to cover planetoids and other trans-neptunian objects in this article. They still exist, and they'll be touched on more in articles focusing on Oort influence and other distant and extrasolar threats.

Lovely article as always! I really like the layout, and the little images of each planet are so cute! 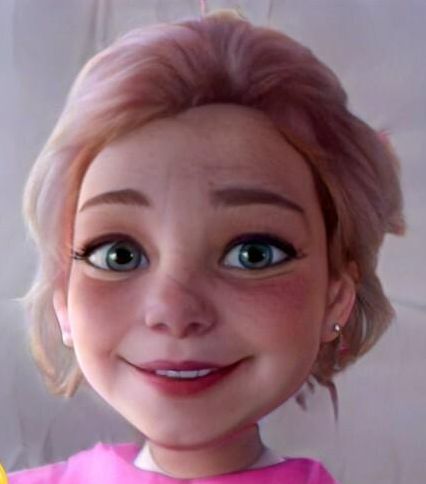 I love the simple adorable layout complemented with the drawings. The text is short, but gets to the point. It's always nice to read one of your articles.

Thank you so much! Glad you enjoy them