Solaris      Summer Camp Pledge 2022
This article is a stub. It will be expanded upon later.
A new summer dawns. Creative sparks fly as the hammer falls down onto the anvil. There, molded in copper, it says "I pledge to create, spread cheer , and most of all; chill!"
Every summer, World Anvil runs a community event called Summer Camp. In it, they publish several sets of prompts, and encourage people to write at least three hundred words for as many of them as possible. Complete a certain amount, and you're rewarded with badges and bragging rights. This year, 8 articles nets you a Copper Badge, 16 Silver, 24 Gold, and 31 the coveted Diamond Badge. You can read more about Summer Camp, and why I'm writing a pledge for it here.   Like last year, I make no promises to get anything above Copper. Even if I did end up going for, and getting, diamond last year, things will go as they go.   My goal isn't a set amount of articles, but to have a great time writing and following whatever inspiration comes from the prompts and the community.

My History with Summer Camp


Summer camp has a special place in my heart. I had only just joined World Anvil. At the time, I was struggling with a several years long art block. I had a streak of creative projects that just fizzled out for one reason or another. It was tough, and I felt frustrated, and I felt really lonely in my creative pursuits.   Summer camp was probably one of the best things that could've happened. Being creative alongside so many others... I felt seen and like I was accomplishing something. It was like a balm for the soul, and helped reignite that creative spark. Since then, I've written 16k words here in Solaris, and almost 120k on the morning realm! Even more importantly, I've made some awesome creative buddies ♡ (shoutout to the lodge and the WA discord!)
Table of Contents

Last Summer Camp I heard one refrain more than any other; Diamond or die! It was amazing seeing peoples passion. There's no doubt that stretching towards a goal can be motivating and can really help push you into accomplishings things you didn't think you had in you.   However, more than I think we creatives need to push ourselves to productive extremes, I think we all could do with learning how to create and have a good time doing so. I think some of us fear that unless we force ourselves, we won't make anything. However, as Qurilion quotes; "Nothing that's forced can ever be right. If it doesn't come naturally, leave it."   So hereby I welcome you to join me at Camp Chill. The guidelines are simple. Write when you want to, and write what you want to. All that means is, don't force yourself to write. Trust me when I say that the writing you do with joy will be some of your best. Trust yourself to create without a cudgel. 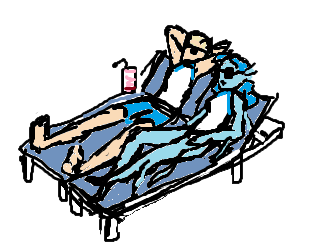 Camp Chill Guidelines
Remember the prompts are suggestions, not requirements.   Write what you're passionate about, leave what you aren't.   Relax when you feel tired.   Fight off any pesky brain-squitos trying to make you doubt your work.   Don't abandon your non-summer camp goals! Write that article you're itching to write, even if it doesn't fit any prompts. If you'd like to repost these rules, Amy Winters-Voss made a block version you can easily copy by adding [block:1050823] to your article

Motivation
To have fun!
Creating is my fuel. When I write and draw, I feel like myself. I want to continue that, and I've learned that the most sustainable way for me to keep creating is to keep it fun and light rather than making it feel like work.
Creative Goal
Fleshing out the world for my webcomic!
Writing Goal
Copper badge or beyond!   Reading Goal
Read and comment on at least one article every day
I would like to write four or more articles in Solaris, and two or more articles in the Morning Realm.   There's no better way to cheer eachother on than by taking some time out of the day to go enjoy what everyone else is creating. That's why I want to challenge myself to read at least one article every day, and to leave a comment while I'm at it. 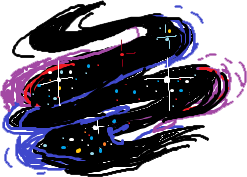 The scorched wastelands of Mercury are ripe for inspiration, from the boiling hot maria, the sharp scrapes from the shrinking of the planet, and the hidden ice sheets that the locals mine for water. I'd love to write more about the dayside and nightside and how that affects things.   Other expanses worth exploring is the interplanetary transport systems, from long haul trucking to luxury liners. Not to mention the Oort Cloud, full of horrors and, well, perhaps it indeed is best not to mention it.

The Keystones are a big part of the setting that deserve their own article sooner rather than later. These mortals are bestowed godlike powers by their home planet to guide and protect it. Every planet has their own traditions and rituals surrounding them. I'd also like to write about the various world leaders, from Saturns Merchant Princes, to the Jovian Senate, the matriarchal monarchy of Neptune, and so on. We'll see what fits the prompts.

Thank you to Amy Winters-Voss for creating a shareable block of the Camp Chill guidelines! I'd also like to shout out Mochimanoban for inspiring me to add a reading goal, and Dani for all she's taught me about good goal setting and leading by examples on how to create some more specific goals for Summer Camp.   Check out their pledges too!

As the head of the Self Care Mafia, I wholeheartedly support the Camp Chill Guidelines! This is awesome!

Thank you so much, and an extra thank you for making the block!

I like the Camp Chill guidelines. Have a good summer camp!

Thanks! I hope you have a great summer camp too!

I really like your Camp Chill guidelines and I will more than happily join you on that. Challenges are an amazing way to get yourself to write more, but it can also be incredibly exhausting. So encouraging people to take it easy is an amazing idea!   So my Summer Camp motto: "To Copper and Beyond with Camp Chill"!   I hope you will have an amazing and chill Summer Camp!

Glad to hear it! I hope you have an excellent summer camp!

I think it's great that you thought of that. Thank you so much for this.   I'm going to keep trying to get to Diamant because I'd like to and I really work best with a bit of time pressure to drive me, but yes, I usually find my articles that I wrote before the high-pressure phase, like the Goddesses, the Condition, better than the actual article - okay, the river this time wasn't bad at all, but that's because I've been thinking about it for a long time.   Nevertheless, I'm also going to be more relaxed this time, at least that's what I'm planning. It's just healthier that way, physically and mentally, and that's worth a lot.   In that sense, my motto this year is "Diamond and live" ^^.

Diamond and live sounds great! I hope you can find a good balance between caring for yourself but also maintaining the conditions you can create best under. Best of luck!

Camp Chill sounds like the perfect treat for the summer--I hope this summer camp gives you the space to create what you want how you want, and room to breathe! :D

Thank you! I hope so too!

Camp Chill guidelines are amazing! I'm stealing them for my own pledge.   Good luck! :D   (I totally didn't write this comment and forget to click submit before I went and worked on my own pledge.)

Hehe! I'm glad to see others adopt them too! Good luck to you as well, and I hope you have a great Summer Camp!

I've seen a few people mentioning Camp Chill, so I'm psyched to finally find my way to where it originated. I love your attitude towards this year's Summer Camp, and I especially loved reading that "My History With Summer Camp" section. This is the event that made me really fall in love with WA, so I'm always happy to hear that I'm not alone.

Thank you! hope you have a great summer camp!

Fantastic pledge! Your Camp Chill guidelines are amazing, wishing you the best of luck with this very chill Summer Camp <3

Thank you so much! Best of luck to you too!

I like your camp chill idea, it's very close to my own idea regarding my worldbuiling, the goal is always to have fun.

Thanks! Yes, I think fun is a great goal to have!

Cool! God bless and much success with your chillaxing plans! :D

Thank you! Best of luck with Summer Camp to you too!

I like the Camp Chill guidelines. I have copied them in my pledge, as well. Thanks

Feel free to check out my river entry. :)

Thank you! I hope they serve you well, best of luck!