The Avar or High Elves have a long history going back thousands of years. Since the Avaronians times they have been the most powerful people besides us Dragons perhaps. But with the rise of the industrial age this will likely change.
— High Sage Syronikir

Thousands of years ago the ancient Elven population migrated from central Farlis to various regions. The High Elves, or Avar in Elvish, are the descendants of the Elves that settled in the region which is currently Carthen. From their humble beginning in that region they would go on to create the Avaronian Empire.   Today their empire is no more but their successor states in central Farlis still exist and remain powerful. Their magical knowledge and prowess is unmatched which allowed them to be the dominant power of Farlis for centuries after the empire's fall. But even in other parts of the world, where the Avaronians at one point had colonies, they can found in great numbers.

Just like all Elves the Avar have longer ears with pointed ends if compared to Humans, who are the most similar to them. In general the Avar have paler skin tones but the Avar living in Aelerium or Avak'am tend to have darker skin tones. The Avar tend to have more elongated faces if compared to the other Elves.   If compared to Humans the High Elves are slightly larger which is where the Human term of High Elf actually comes from. Among Elves themselves the term Avar is used.   On average an Avar lives up to 600 years which makes them one of the longer living species in Niorath.

The majority of Avar live in rather temperate climates but a good portion of the Avar populations lives in the warmer climates of Avak'am.

Despite their long lifespan the average Avar does not have that many children. Almost no Avar start a family before the age of 130 although there are exceptions. On average an Avar has about 2 or 3 children. The main reason for this is that Avar have some trouble getting pregnant. In addition to that the children that are produced later in life tend to be less magically inclinded which is seen as one of the most important characteristics of Avar society. 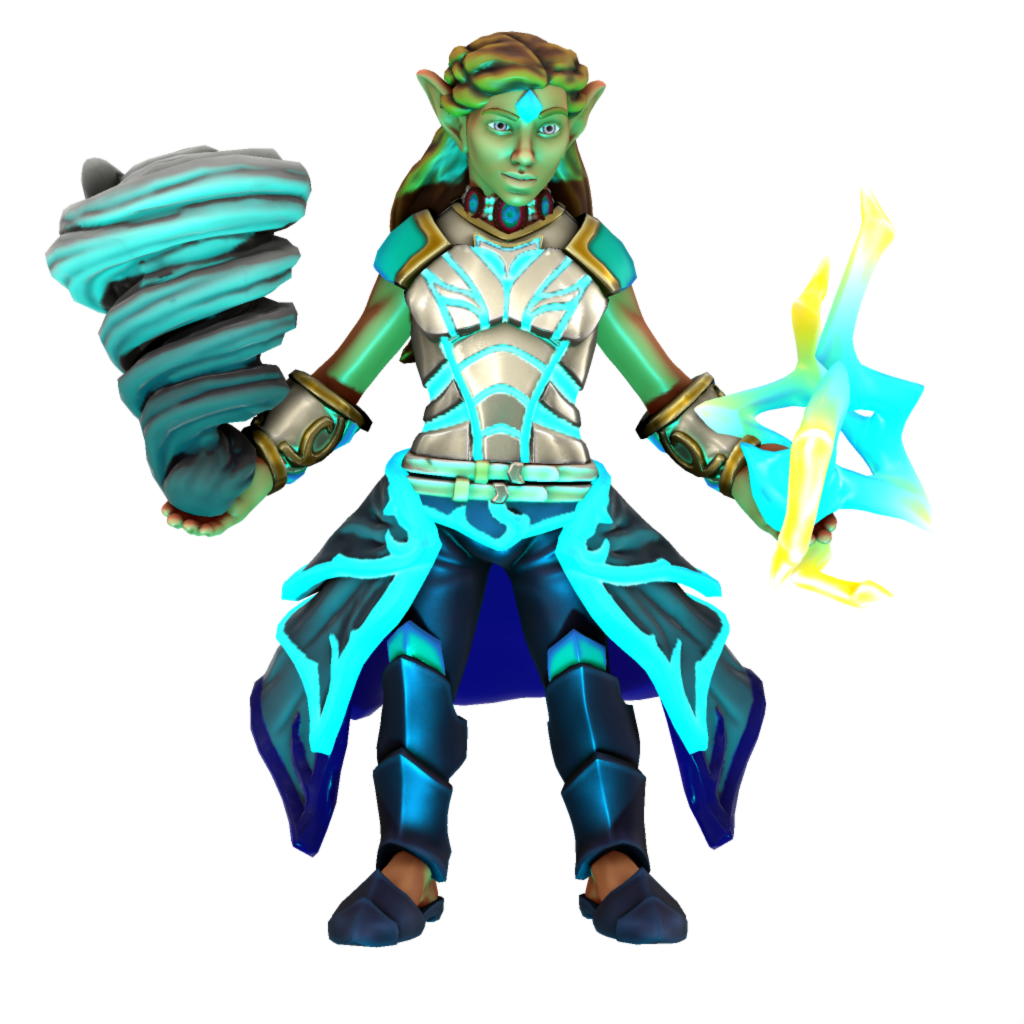 Caster Form by Kefkejaco with Heroforge 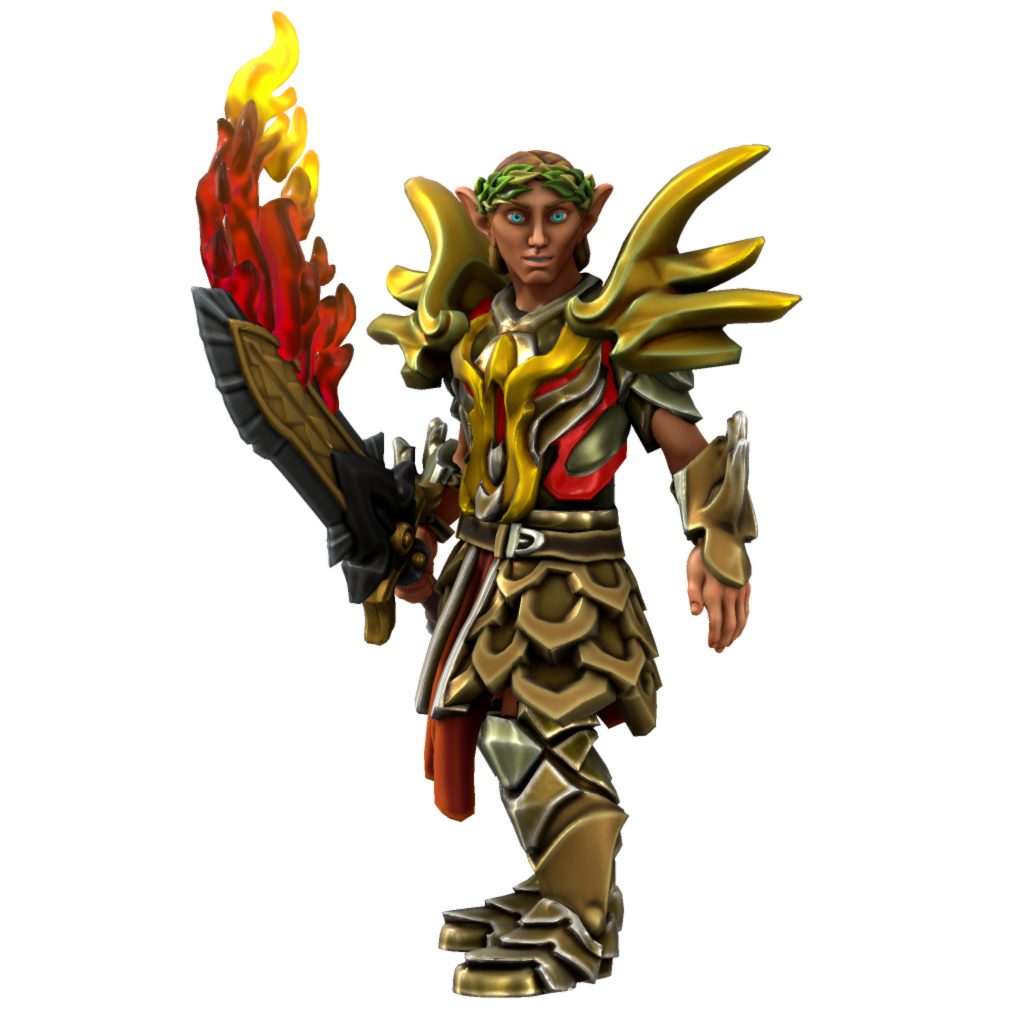 For the majority of period that the Avaronian Empire ruled the most common religion was Mackevism. This religion already came into existence during the time that the Elven hero Mackevor ruled but did not really took off until after his death. Eventually priests of Mackevism managed to claim important positions in the government. The regular Elven gods were still worshipped by many but the elite started to favour Mackevism.   When the Empire fell this all changed. The worship of him became corrupted by the end due to the power hungry clergy which introduced gruesome rituals of sacrifice. When the Humans signed a peace treaty with the remnants of the Avaronian Empire a condition was that the worship should stop as too many Humans were sacrifced in the name of Mackevor. Today the Avar still view Mackevor as a great here but the worship is not practiced in central Farlis anymore.   In current times the old Elven gods of the Eregr pantheon are once again the main form of worship just as it was before the death of Mackevor.

Magic is the cornerstone of many Avar societies and governments most Avar countries are magocracies with leaders being chosen from magical bloodlines. Whereas other species use mundane means to achieve something the Avar resort to magic. It is heavily used in their agriculture, healing, architecture and warfare. Studying magic is the most prestigious way to advance in Avar societies. The power of their magic would, however, caused the Avar to grow dependent on it. They did not advance many other means which currently has set them back now that other species are entering an industrial age.

Thanks to their great magic use their cultures also evolved in other ways. Since changing ones general form and even biological sex was not that difficult the Avar adapted a very flexible view on gender. It is not uncommon for an Avar to change sexes several times during their lifetime. In this regard the Avar societies are very equal in terms of gender. The difference in opportunities rather comes from the magical prowess of the family.   Typically the Avar Elves tend to change their gender more often in their younger years but tend to stay at the same when they form a family. 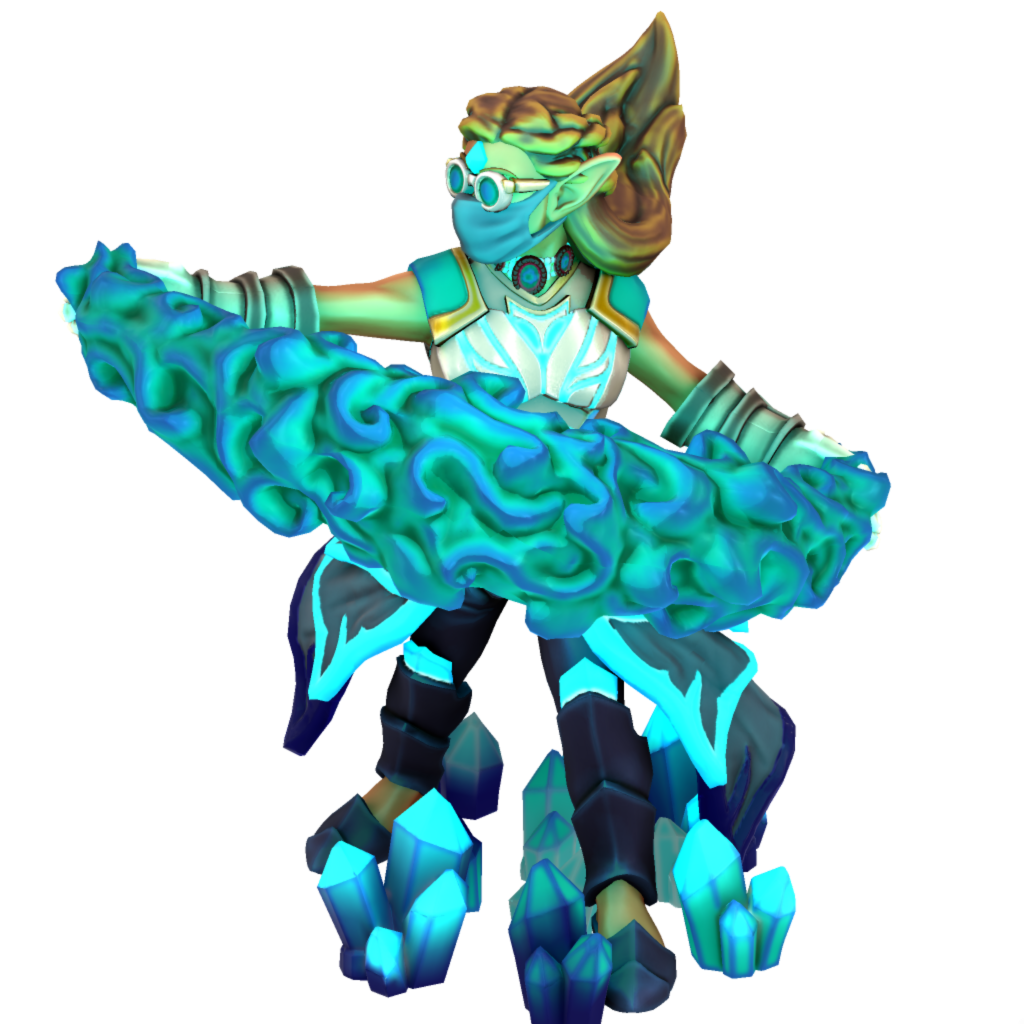 Just like most societies in Farlis the current Avar population's architecture is heavily influenced by the Avaronians who came before. The Avaronians had a very advanced architecture given their technology level and the current Avar societies managed to maintain this construction knowledge. Just like their ancestors the Avar Elves try to imitate nature with for example column resembling trees.   The current Avar architecture has not changed much from the original in comparison to the larger changes in Human socities. Nonetheless there are some differences. These are mainly the more frequent use of expensive materials such as marble and gold as forms of decorations. The use of glazes bricks and roof tiles is also more common in comparison to the Avaronian time.

The Avaronian Empire was a gigantic nation led mostly by High Elf magi. Life within it was quite good for Elves and for some Half-Elves. However, it was miserable for the other races who were frequently used as slaves. They remain the longest living nation known to history as they ruled undisputed from 1993 BF until their eventual end in 0 AF.   The most commonly known date notation is derived from the year they were defeated. Every year after the year when the battle of Bagor took place is referred to as AE (After Empire). Everything before that is BF (Before Fall). 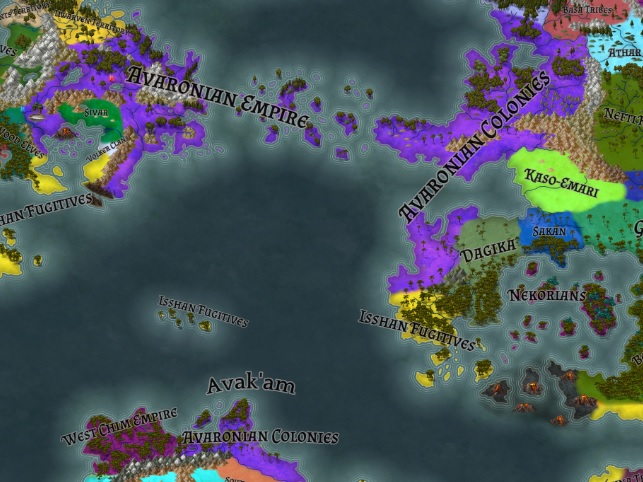 Due to a still unknown event the original Elves living in central Farlis were forced to move. In the end this would result in several different species of Elves as they spread in all directions and even underground in the case of the Dark Elves. The ancestors of the Avaronians are believed to have travelled east and eventually settled in the region that is currently known as Carthen. According to the Elven myths it was the hero Mackevor who led them there. These Elves would eventually become the Avar or High Elves.

The first expansion of the Avaronian Empire was done under the rule of the Elven hero Mackevor. It is believed that Mackevor was aided by his magical weapon Glaverion. The main enemy during the early conquests of the Avaronians were the Selefer , a snake like race who had been terrorising south and central Farlis since their victory over the Gnomes and Dragonborn.   Mackevor died during the final battle against the Selefer. The Empire itself, however, lasted and expanded over the many centuries that followed. At the height of their power they held most of Farlis and even had a large amount of territories in Pavanor and Avak'am. This all ended when the Pavan Independence Wars were lost by the Avaronians. This was the start of their fall which ended with the siege of their capital, Bagor.

When the Avaronian Empire fell the remnants stayed together for a while but in 624 AE they finally split into Mervidel, Kavonia and Aelerium. Originally they formed the Magi Covenant, a confederation, and also included the Dragonborn country Aldhir. The southern country was the only country in the Covenant not ruled by an Avar ruling class.   In 897 AE Aelerium a war broke out between the rest of the Covenant and Aelerium which resulted in Aelerium becoming independent. Since that war the strongest nation of the Avar is considered to be Aelerium instead of Mervidel. The rest of the Covenant was still recently part of a large war between Elves and Humans which mainly devestated the country of Eprus.   The countries with a large Avar population outside of Farlis became independent shortly after or a while before the fall of the Empire. The Avar nations in Avak'am became the target of several Elven migrations after the Empire ended. Mainly those who were either prominent members in the Mackevism religion are known to have fled there.

Join Niorath Discord!
Use of content: Do not copy any work displayed here! You are allowed to use my world's content while playing with your group.   However, you are not allowed to copy it and include it in your own products except when explicitely allowed by written permission from me.
Article template
Species
World
Niorath
Category
Worldember 2022 in Challenges
Author
Kefkejaco
Publication Date
4 Dec, 2022
Creation Date
4 Dec, 2022
Last Update Date
6 Dec, 2022
Visibility
Public
Views
161
Favorites
20
Comments
1
Work In Progress

Really detailed and fascinating. I liked the bit about the religion that changed for a little bit and then returned to the old ways.