Home to the lost ages

The mild weather, the overgrown paths and the gleaming ruins in its midst make for a most enchanting forest. However, not many lay their eyes on it anymore, as it is no longer anything but a forest on the bank which traders have to pass when travelling by boat.

Ellecran forest has seen both hordes of visitors just waiting to get past the trees and into the forest, as well as times where no one even dared to go near.

Once the center of high society

The forest used to be home to one of the most influential nations in the northern parts of Dysvoll, however, this once great city-state no longer stands.   The final court leading Neklian disappeared without a trace, leaving the citizens to fend for themselves.   Over time, the Ruins of Neklian have been long forgotten, left to crumble deep within the forest with only the critters around inhabiting its overgrown houses.

Travel Destination for the Fae

Ellecran forest as well as Neklian was not only popular with the Humans inhabiting Dysvoll, but also with the fae.   Many fae traversed the human world for the first time to come see the forest and the beautiful city within, though they did not disclose to the humans that they were not one of them.   One fae who was fond of the forest was Yleen Ikliass, the architect of Alahon. She loved it so much that she brought a part of it with her to Alahon, so she could always have it close.


Life in the Forest

Ellecran forest is a quite common forest in the north when it comes to the animals and plants that live within it. However, the forest thrives in a way many others do not, due to it being undisturbed for over a hundred years.

The forest is home to many different plants, some of the most common trees are: 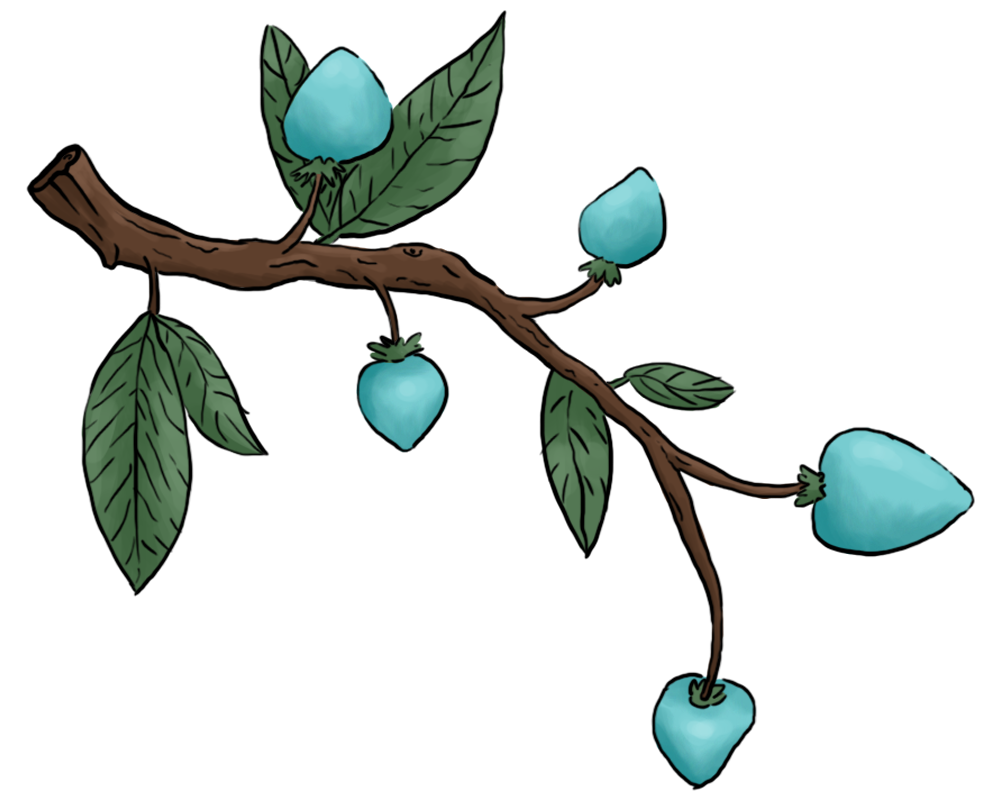 Crubak Berry Bush by Ninne124
Other plants include:

The Ellecran forest is home to small and big animals alike. The most dangerous animal one can run into in the forest is the common grey wolf, though the population is rather small.   Other big animals in the forest include several species of deer as well as foxes. The forest houses a special type of fox rarely seen anywhere else, the Ellenat Fox.   The forest has a big assortment of birds, both small birds and larger birds of prey. Notable bird species include:     Furthermore, many small critters take up residence in the forest as well.
Several types of mice and rats live on the forest floor, especially harvest mice are common.
Other critters that live in Ellecran include Hares, though their numbers are dwindling.
Alternative Name(s)
Ellecran Forest
Type
Forest
Location under
Dysvoll
Inhabiting Species
Kanden
Open full size
Kanden is a territory in the northern parts of Dysvoll. The map was drawn by Dhelian, a very talented user here on World Anvil.

A once great and influential city. It was abandoned after its ruler and his entire court vanished without a trace.

Some of the most expensive furs you can buy are the hide of the Ellenat Fox.   If someone is wearing its dark shimmering fur over their shoulders, you know they're of great importance.
— Merchant from Estratoft

A species of fox found in Ellecran Forest. It has shimmering dark fur, which is highly sought after.

Really excellent work Ninne! REally nice attention the the critters and plants growing there   One questionmark is what the forest itself looks like? We get some idea from the kind of trees you mention, but painting a brief picture with some prose could be real nice to an already great article :)

Now that you mention it, that would be a good thing to add ^-^ Thanks for the idea! I'll add it to my to-do list :3

I love the attention to detail, It works really well to draw the reader in, as well as the distinction between the ways the different culture view and call the forest is brilliant.

That's the most adorable picture of a berry branch I have ever seen! <3   Reading this is really interesting after reading about the Alahon version. This seems a bit more wild and natural than the one in Alahon.   I really want to know more about the Ellenat fox! :D

This is such a beautifully-executed article! You make the forest sound so beautiful, I wish I could travel there myself. The Ellenat fox sounds goregous, and I can see why its fur might be a status symbol. I can't wait to learn more about them!

This is such an eerily beautiful forest! I can picture it in my imagination, and it looks astonishing. The Ellenat Foxes must have incredible-looking fur; a dark, shimmering fur type would be so pretty on a fox!