Sama suomeksi täällä   The Farens are the major ethnicity of the Faren Lowlands region of the Southern Continent. Their native language is Nem. The largest Faren settlement, and the currently largest city on Salan is Fares (Silford) . The Farens are not one nation, but form multiple city states that are often in conflict with each other.

The Farens usually have only one name. The names are most usually names of plants and animals, but there are also popular adjectival names, such as Valin 'fair', Yán 'big' or Léte 'happy'.   To differenciate between individuals, Farens use either patronyms or name of their homeplace. Thus a full name of a person can be Pásal Saurrit Çarimbandár (Pásal (child) of Saura from Çarimbal). Both first names and patronyms are usually gender neutral, but it's common to primarily use the patronym of the same sex parent, or the parent that is more well-known in the community.

The typical Faren diet consists mainly of grain, legumes and vegetables. Only the rich eat meat daily, preferring wild game, while the common people usually eat goat meat or fish. The typical beverage is either wine or beer depending on the area.

Due to the broad trade networks, the rich Farens have access to a wide variety of luxury food items grown both on the continent and the islands. Most important imported foods are spices, nuts and fruit.
Farens love mushrooms that grow plentifully in the Lowland woods. Zeribians are horified by this custom, because they usually only use the tropical mushrooms on the Eastern Islands for poisons. 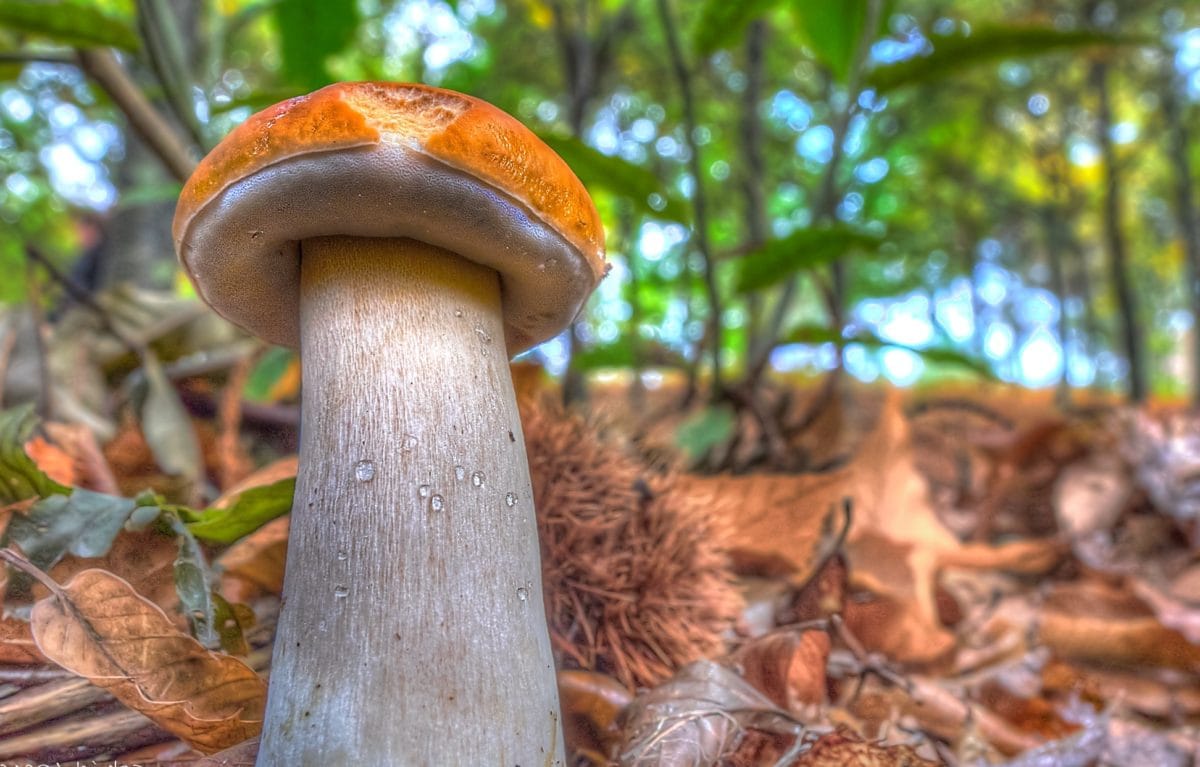 When meeting, Farens greet each other by bringing both of their hands together, often accompanied by bowing. Between close friends it is common to either hug, or touch the hands and bring the foreheads together for a moment. Touching and physical closeness is common, even between different social classes and genders.

It is also customary to find out straight away if you are related to a new aquaintance in some way, to make sure if you share any common ancestors with them.

Main article Faren clothing.
The most common Faren piece of clothing is a tunic. Short and long tunics are worn according to the weather, and higher class and women usually wear longer tunics. A skirt or a coat can also be worn over the tunic. Pants are usually avoided. The most common clothing materials are goat wool and linen. Zeribian Sea Silk is highly valued.   Farens enjoy bright colours when possible. Blue is worn for formal occasions, and teachers and counsil members wear yellow. Simple single-colour tunics are decorated with traditional woven belts. The type of the belt and it's patterns transmit information about the wearer's status and background. 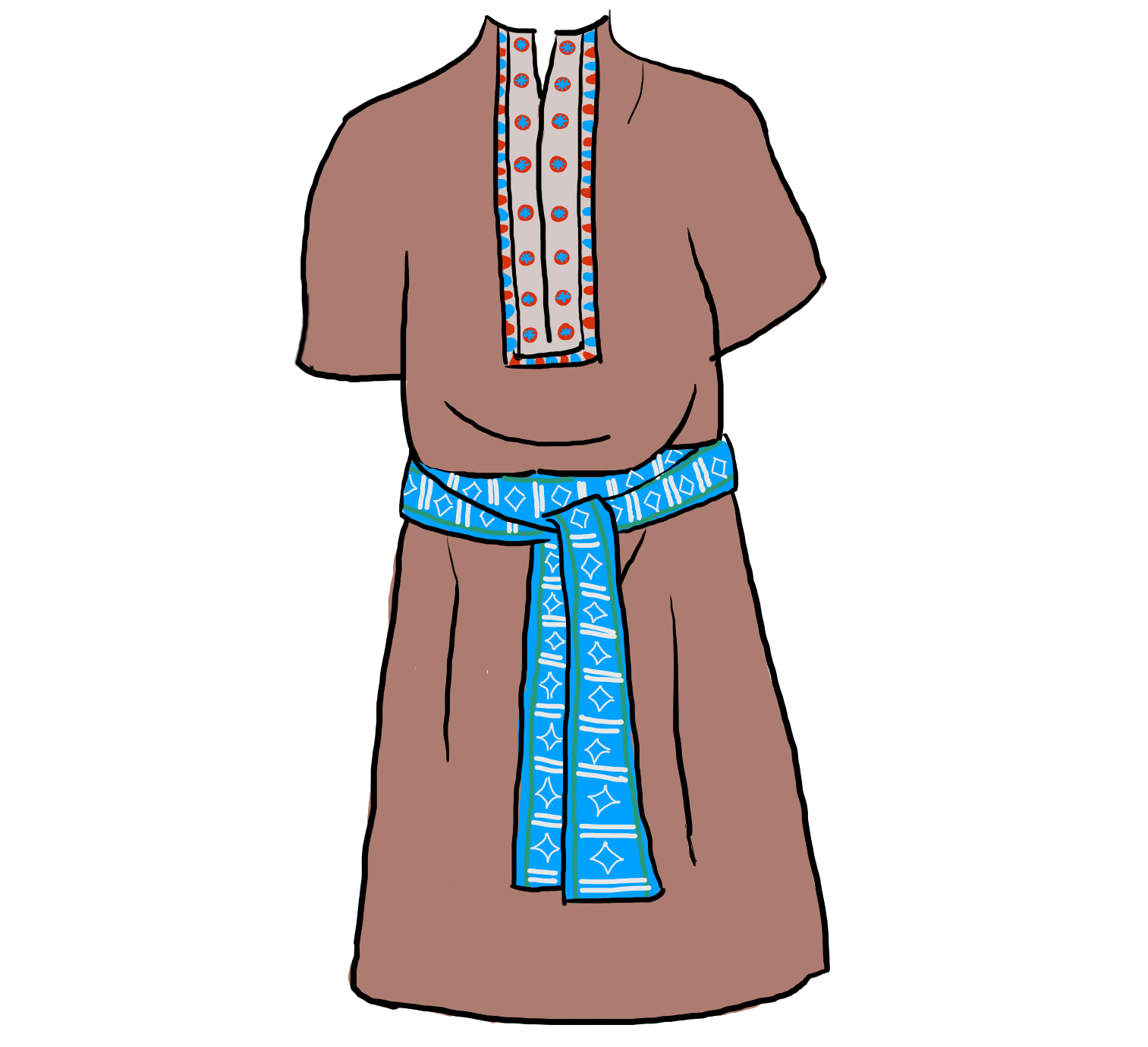 Most Farens have brown, slightly curly hair, but one might see light or even ginger hair on the people living further South. The young of both genders usually have long hair. The adult males usually keep their hair short or mid-lenght and have a neatly trimmed beard, while the women have long elaborate hair styles. Both genders wear make-up, earrings and jewellery, but other piercings are uncommon.

The differences between genders are less visible than with the Zeribians. Most professions are open regardless of gender, especially for the rich.

In Faren culture bisexuality is the norm. The young Farens are encouraged to try sexual relationships with their own sex, because it protects them from unwanted premarital pregnancy. It is considered to be a responsibility of every adult citizen to marry and produce children, but many continue to have extramaritial same-sex relationships. Exclusive homosexuality is often thought to be childish behaviour, but is often quietly accepted. In some communities same-sex partners can even get officially married.   The Farens usually marry only one partner, and it is considered unfaithful to have extramarital sex with the opposite sex. Divorse can be taken by both partners, but they have to compensate the left partner. They can and are encouraged to marry again. In the case of a divorce, children are usually divided by partners.   It is common that a young married couple doesn't live together instantly. It is though that the young mother should live surrounded by her older female relatives at first, and only move once she and the newborn are safe. If they already have a house, the wife can temporarily move back to her family home. This tradition has lead to the houses often being inherited matrilinearly. Otherwise the inheritance system is mixed: the boys usually inherit from their father and girls from their mother. 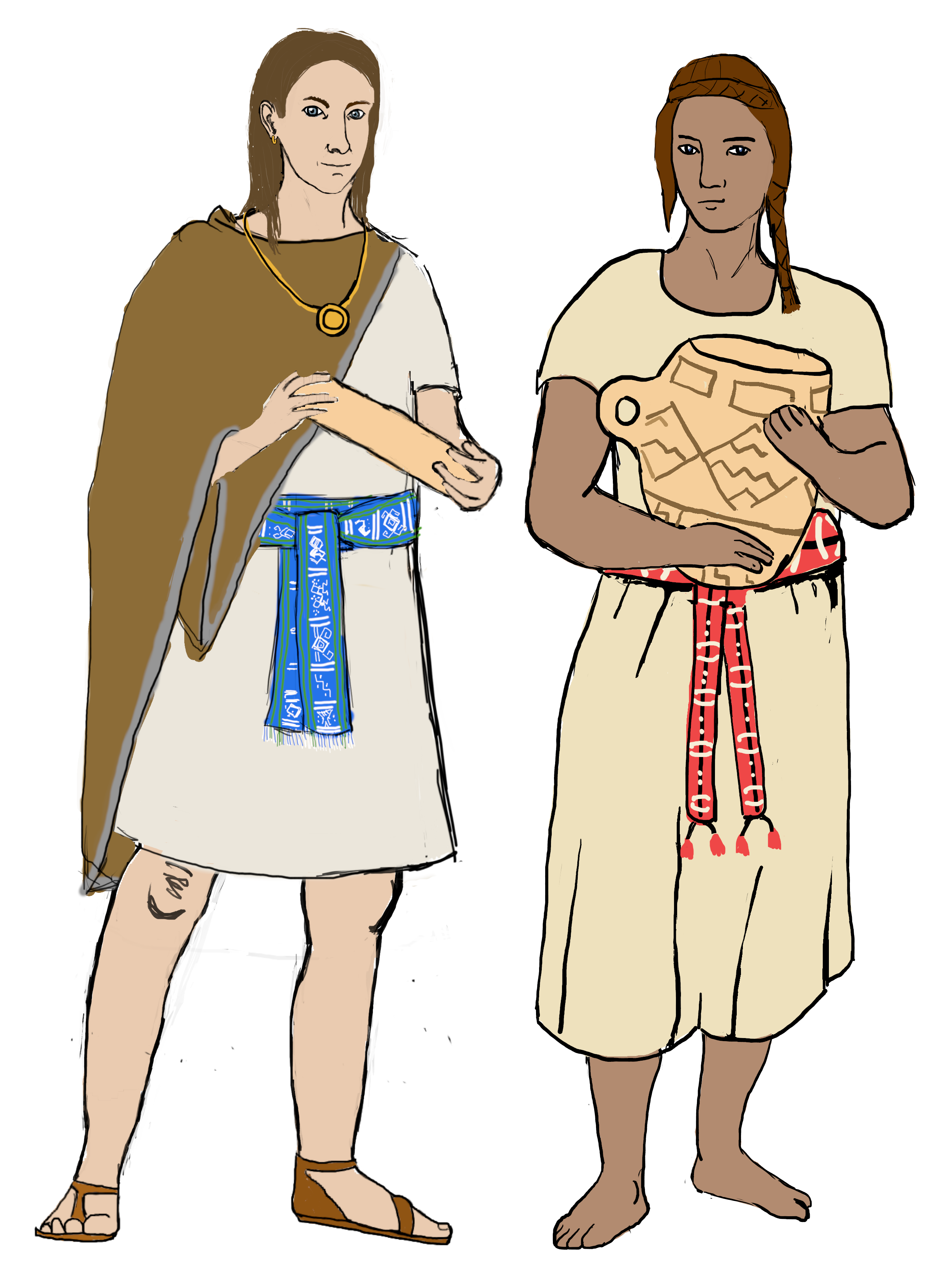 The most spoken language of the Farens is Nem Ressalit. Nem is distantly related to Aradal, spoken by the Ara people in the Serme Mountains.   Based on the shared vocabulary it can be assumed that the ancestor of Nem and Aradal was spoken in the lowlying valleys in the root of the mountains, where the Farens spread west to the plains, while the Ara migrated to the highlands.   Farens generally believe Ngad i zerib (Zeribian language) to be very difficult and don't often learn it, but there is widespread bilinguality between Nem and Aradal in the eastern towns.

It is evident based on the linguistic evidence that the Ara people of the Serme Mountains and Farens are related. The evidence is supported by the old folk stories, that tell of a time of wander, when the Farens were travelling west. Their arrival to Farinos (Silver Stream) seems to be recorded in the mostly undeciphered writings of the Elder People, because Faren names can be read in the late texts. The First writings in Nem are from soon after that. The first dated texts appear in the celebration of the year 200 AH, 200 hundred years since the founding of Fares (Silford).
494 AH the Republic of Free West Island is founded. It happened following large scale internal conflicts between the Faren city states, that caused some politically unpopular people to search for new lands. Zeribian Revolution of Der Fem (West Island) rages 800-820 AH, and leads to the Faren republic being destroyed, largely because they are unable to gain allies on the mainland. This is a good example of how the Faren nations are not one unanimous group.

A really interesting article! I especially liked the idea of a personal mug matching the family design, and how the views on eating mushrooms differ between cultures.

Thanks! The article is in a desperate need of editing though, when I have some spare time! If you are interested, I wrote a full article of mushrooms last summer (which I should have linked here too lol): https://www.worldanvil.com/w/salan-tuisku/a/mushroom-picking-ritual