Go back to the Languages of Salan!
Aradal [ɑɾɑⁿdɑl] is the national language of the Ara people of the Mountain kingdom, spoken in the Serme Mountains. It is distantly related to Nem Ressalit spoken by the Farens.

Mostly not written. The Ara rely on a long tradition of preserving oral history organised by the Áçäwals.

Aradal vowels have two lenghts (long vowels are marked with accents: á)   Aradal has a hight-based vowel harmony. High or closed vowels (here close-mid and close) form the high group while the low or open vowels (here open-mid to open) form the low group. Only one vowel group can appear in one word, except for compound words. Notice that long é and ó are high while short e and o are low!


Aradal has almost completely lost it's ancestral voicing distinction in stops. /b/ has completely merged with /w/. /k/ has become ejective /k'/ while /g/ has lost it's voicing. /d/ is still voiced, but it's slightly prenasalised too, especially intervocally (where it corresponds to Nem /nt/ cluster). In some dialects ejective t' can be found in place of the unvoiced /t/.   The changes are probably influenced by Sai Õl Tal (Saial language), that has a full series of ejective stops but no voicing distinction.

Aradal has two genders: animate (humans, animals and other similar entities) and inanimate (non-active things like items).   Aradal has three numbers: singular, paucal and plural. Numbers 2-5 are in paucal. Animate gender has paucal ending -n, and inanimate -arä/irü. Quantities above 5 are in singular and take quantifier ama 'many' after them. Mass nouns are treated as singular.   Aradal has four cases: nominative , accusative (-h), genitive (-m) and adpositional (-y) which is used with adpositions. This is significantly less than in the related Nem Ressalit which has seven. It should be noted that the Aradal postpositions sakä 'to' and senä 'in' seem to be related to Nem allative -ek and adessive -es case endings. The proto language likely had a system more similar to Aradal. Adjectives agree in gender and number with the noun they modify.   Aradal verbs agree in three persons, but only in two numbers, singular and plural, unlike the nouns. They have three tempus: present, past and future, which can combine with multiple aspects such as imperfective, perfective and incoative. Aradal verbs have two stems, the short stem and long stem, which is differentiated by the lenght of the first vowel of the word. The long stem is the stem for imperatives and irrealis mood. Lenghtening can also change the vowel harmony class of the verb!
lasä 'eat' -> lásä (same harmony class)
ńemä 'speak' -> ńémü (changes from low into high class)
fídü 'love' -> fídü (the indicative is already in long stem, no change)

Based on shared vocabulary the proto language of Nem and Aradal was probably spoken in the lowlying mountain valleys, from where the Ara people migrated uphill, and Farens further West to the plains. Later Aradal has borrowed vocabulary related to the mountain dwelling lifestyle from multiple local languages. Modern aradal has far more vocabulary that stems from the local Saial languages, than from the proto-language. Because of this and the many sound changes that have happened, Aradal and Nem are completely mutually unintellegible.
Root Languages
Spoken by 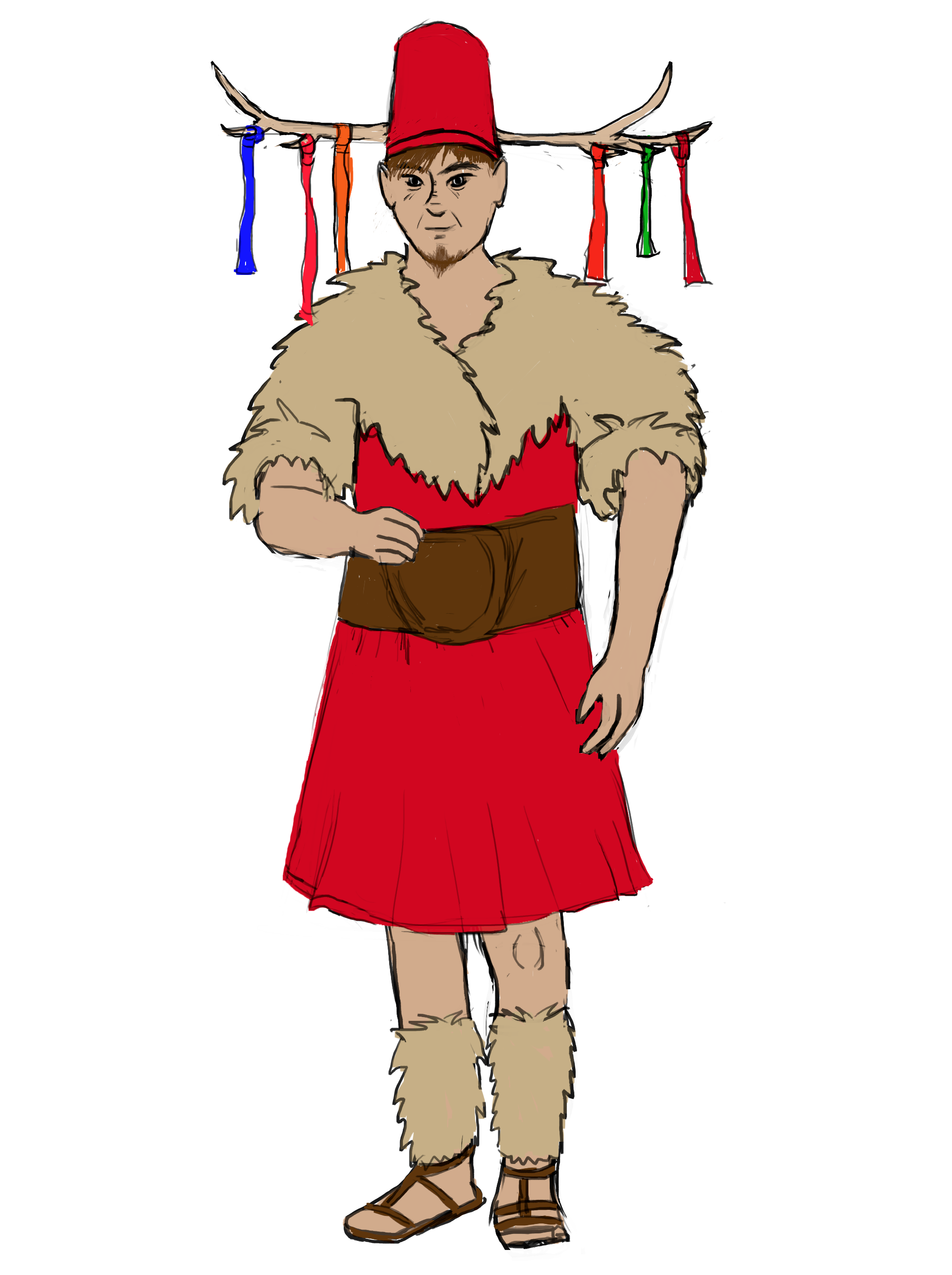 Aradal has been strongly influenced by the Sai Õl Tal (Saial language), that used to be the dominant language of the area before the Ara expansion. Aradal has received a lot of grammatical influence and loan words. Most notably 'person' in Aradal is sayal, which is an obvious loan from Saial, originally meaning 'common people' (sai + õl).   Additionally, many recent loan words have come from Nem, which is the language of the foreign relations in the area.

Aradal tends to use absolute spatial references. This means, that they prefer to say that things are wáńalo 'upstreams, up the hill' or wánwílü 'downstreams, down the hill' from something else, rather that using realtional words such as 'left' or 'right'.

-Nákal túm kärädenne?
'Where is mother?'
-Wáńalo lenäkaläy sak'ä kärädenne.
'She went to the house upstreams'
-Tála wánwílü çeläkäswäh!
'Can you pass me the letter that is downstreams?'
This system reflects the environment they live in: in the steep mountain valleys most things are noticably up or down the mountains. Notably Saial language uses a similar reference system, so this may be one of the plentiful Saial loans in Aradal.