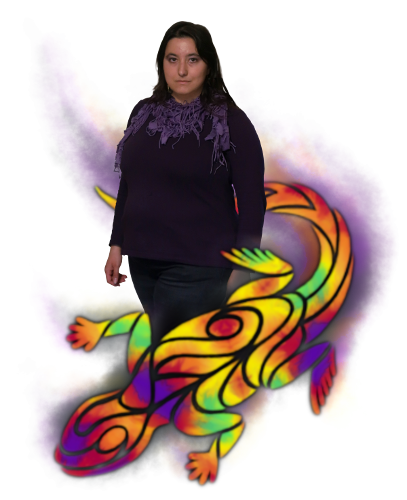 Hello! I'm Kathrin Janowski, a computer scientist who has been dreaming of creating her own video game since her teenage years. I would even say that this was a major reason for getting into this line of work - I wanted to understand what makes video game characters tick.   The world of the Kaleidoscope System grew up with me. It was always in the back of my mind, even when university life got stressful and I stopped doing art for years. Around 2016 I decided to get serious about this project, and well, here I am!

A nerd with a love for otherworldly creatures, which I enjoy bringing to life with computer graphics and artificial intelligence.

the Back to the Future trilogy, the Kingsman Movies, the Marvel Cinematic Universe, the Star Wars Saga

too many to list - including Doctor Who, the Star Trek and Stargate franchises, Knight Rider, Grimm, Warehouse 13, Burn Notice, Person of Interest, the 2012 Teenage Mutant Ninja Turtles, Dragons: Riders of Berk...

Gmcatalano The Chronicles of Illion

The Nullstone is an evil artifact of the dark god Tyranix. Fed the lives and magic of spellcasters, it creates an anti-magic field which is slowly expanding.

Happol: City of the Lost

Twisted skull of Zeloutihue, taken from her body after she left her mortal form behind, becoming Zokatash: The Lunatic's Lake.