The capitol of the Stenza Empire, Mudewei is actually home to numerous species, who inhabit each of its climate zones. The most prominent in the Nine Systems are the Stenza, the "Cold Ones in the North". They effectively control the planet, but maintain a solid diplomatic relationship with the also-native Sandibari, hunt some of the non-sapient animals for food, and otherwise work to maintain the rest of the life on the planet.

Mudewei is positioned near the "edge" of the habitable zone around Iradae and Lan'tha, the local Stenza names for the binary stars around which their world revolves (literally and theologically). Additionally, the planet's axis is tilted around forty degrees, and it is home to two moons and an artificial construction comparable to a moon in size. All of these factors combine to create both the extremely cold polar regions and irregular climate and weather patterns almost everywhere else.   That "everything else" comprises a vast ocean, a semi-rectangular landmass mostly covered in deciduous and evergreen forests, and a series of islands in the southern hemisphere where, closer to the equator, things might edge toward tropical on a good day. Meanwhile, the north polar region in particular is known to be mountainous and mostly inhospitable, in large part due to an ancient impact that set the planet on its current course and gave rise to its two moons.

The northern polar region is, as discussed below, the origin point of one of the two native phylogenetic trees on the planet. As a result, it is the native habitat of The Stenza and arctic birds such as the Kʉrdeneχ. It is also home to migratory megafauna such as the Basket Horns, which evolved from a different tree of life, as well as transient marine life. Species like this are the creatures around which Stenza build their lives, hunting them for food and using the raw materials for textiles, drums, weapons, and even decoration.   The southern arctic region is noticeably more devoid of life, although it is hospitable to large migratory marine life who routinely pop up around Stenza territory. The Stenza have a base there for purposes of surveying the planet's ecology and as an emergency base should something go seriously wrong.

Compared to the relative barrenness of the arctic regions, the forests are full of life. Evergreen trees populate the subalpine regions that border Stenza territory, and the weed 'alashaia have been deliberately cultivated here by the Sandibari, the intelligent species of the forests. Further south, deciduous trees predominate, and it is here that the Sandibari prefer to make their homes. The forest floor is filled with flowers, brush, and the clearings are prime real estate for grasses.   Sandibari also share the forest space with other insect species, as well as a number of birds, ranging from small songbirds to high-flying birds of prey. There are no rodents in the forests; those niches are filled by large ground-dwelling insects. The soil itself teems with fungus and bacteria processing organic matter and fixing chemicals that living plants need to survive.

The Southern Islands are home to a host of diverse flower species, pollinated by the Sandibari and other insects whenever they happen to be passing through. The trees on the islands also nest fishing birds, such as the Mudeweian Kingfisher. Arguably one of the most famous plant species to originate from the Southern Islands is the Ṣef̂ǒl flower, the dye from which has been seen by all across almost forty percent of the galaxy, even if most are unaware of its origins.

Mudewei's oceans are also teeming with life, ranging from vast predatory organisms and deep sea horrors to microscopic diatom-like creatures, small photosynthetic unicellular organisms, undersea plants, biofilms, creatures of all sizes living on the ocean floor (wandering or fixed in place), and the list goes on. Little is known about most of these creatures, but most of the larger lifeforms dwelling closer to the surface have been known to migrate on a vast scale, in some cases traveling between both arctic regions throughout the year. The migratory patterns of ocean life appear to be more influenced by the pull of the planet's moons (including the artificial body, whose position has been readjusted many times to account for this), than the general climate or local weather.   The Sandibari have tales of violent storms from the ocean raining (most assuredly dead) fish inland in their forest homes. Similar to the Stenza's tales of freak winter thunderstorms, the Sandibari do not fully understand these things, although the Stenza have been working with them to study hurricanes.

Life on Mudewei is in near-constant movement. Erratic migration patterns, either away from bad weather or toward food (likely also fleeing the weather), or both, are extremely common, to the point that The Stenza are seen as strange for having a regular yearly migration pattern around which they have fitted mating, hunting, the occasional conquest, research and development, manufacture of pretty much everything they need, and a host of other activities. The Sandibari have much more erratic migration patterns, in line with much of the rest of Mudewei's fauna, but it so happens that they drift north as the Stenza drift south, and this has led to a cross-cultural exchange that has allowed them to, functionally, discover "aliens" in their own backyards. The Sandibari ritual The Greeting evolved out of this coincidence and the fact that the Stenza are able to consume 'alashaia fruits due to differences in biochemistry (see below).   The leaves of the deciduous trees of the Mudeweian forests change color and fall with much more regularity, as it is connected to the amount of sunlight a plant receives at any point in the year. The color change tends toward purple, blue and other "cool" colors, cyanin pigments that hopped lineages in Mudewei's ancient past through the intermingling of bacteria and their habit of trading tips with each other. (In fact, even in the summertime the foliage of the forests tends toward blue-green rather than outright verdant.)

There are two separate phylogenetic lineages native to Mudewei, due to the Ancient Asteroid Impact and its many aftereffects.   One of those phylogenetic trees encompasses the Sandibari, as well as all the hexapedal organisms on Mudewei, such as Basket Horns and the odd species of bird. This lineage also encompasses all marine life, all plant life, and bacteria that do not originate in the Ice Flats.   The other phylogenetic tree encompasses The Stenza, as well as predecessor species such as Proto-Stenza, and most bird species on Mudewei, such as the Mudeweian Kingfisher and Kʉrdeneχ.   These lineages can be roughly described as "hexapedal" and "quadrupedal" lineages, although such things are rarely as neat. However, they are categorized and analyzed based upon the structure of their genetic codes. The "Sandibari" tree consists of organisms which use cyclohexenyl nucleic acid (CeNA), where cyclohexene is the chemical backbone of the genetic code. By contrast, the "Stenza" tree consists of organisms which use glycol nucleic acid (GNA), where glycol units comprise the chemical backbone of the genetic code, as well as six bases compared to four as found on other planets (or even right next door). Therefore it is vastly more accurate to classify Mudewei's phylogenetic lineages as "CeNA-based" and "GNA-based".   Most fascinatingly from a scientific perspective, GNA-based carnivores such as the Stenza can eat CeNA-based megafauna such as Basket Horns with little trouble biochemically. The most accepted school of thought on this matter is that because CeNA-based prey are more prevalent, it benefits a GNA-based carnivore to be able to digest such meat, and those that can outcompete those that cannot.

Mudewei has rich deposits of minerals, metals, and even oil, but the Stenza have made it expressly clear time and time again that non-Stenza are forbidden from mining on Mudewei (and Stenza who are permitted to mine must adhere to strict regulations designed to maintain the environment).   Stenza themselves primarily live on wild arctic animals, such as Basket Horns, Kʉrdeneχ, and occasionally fish. While the meat and fat are the primary nutritional attractions, Stenza have developed means to utilize each and every part of the animal, making simple tools and instruments out of bones, Insulating Mesh out of fur, Takhasar and other garments out of hide, and so forth.   Their southern neighbors the Sandibari are similar, laying their eggs in the soft soil and mulch of the forest, living on the leaves around them, and using the branches and hollowed trees as shelter during inclement weather.

Just after Mudewei had first formed, it was struck by an errant asteroid of unknown origin. This drastically altered the planet's axial tilt and led to the formation of its two moons, as well as forming the Ice Flats and leading to the development of two trees of life rather than just the one (as mentioned above). This single event also led to the climate and weather patterns the planet knows today, and in all ways led to the formation of life as the natives know it (as is the nature of events that lead to "life as we know it").   Following this impact, the crater cooled, and within it formed the inland sea known as "È-kîħòtôħ" ("The Center of Life"), otherwise called the Ice Flats. The sea, as any local will tell you, is not water (or rather, not completely water), and has formed over time into a sort-of gelatinous fluid which contains a number of compounds, as well as bacteria and other small organisms that form the foundations of the GNA-based tree of life. Elsewhere on the planet, the CeNA-based tree of life was also beginning to take shape in the form of the smallest of lifeforms, living entirely in the ocean and adapting to their environments.   These two processes continued until some of these ocean-dwelling plants, fungi and microorganisms made their way onto the nearest landmasses, leading to the evolution of land plants, fungi, bacteria, and the rest of the forest ecosystem. They were followed shortly after by shelled, segmented creatures. Far north, and rather independently, macroorganisms began to crawl out of the Ice Flats and onto the ice and snow serving as the sea's shores. Over millions of years these lineages grew into the insects, megafauna, birds, and plant life that now spread across the planet, independently of the vast variety of sea life.   At some point hundreds of thousands of years ago, modern Sandibari had developed, and arguably were just as intelligent then as now. Sandibari themselves say that this is when their oral history begins. Meanwhile, far north, Proto-Stenza were making the gradual transition into modern Stenza, and likewise they suspect that the Collective Knowledge had developed at about this time in its more or less modern form. However, the Stenza do not mark their history until the beginning of civilization proper thousands of years later.   While the Sandibari have knowledge of the Proto-Stenza, their primary interactions with their northern neighbors do not begin until the earliest migrations of modern Stenza into their territory. Both cultures have stories of the initial interaction involving the Stenza working out that the Sandibari find 'alashaia fruit poisonous to them and taking that as a challenge. The Sandibari called them "Stenza" as a result, and the name stuck.   Stenza civilization advanced, until something crash landed in the arctic wilderness and almost endangered the whole enterprise. The Sandibari were unable to help, but were pleased to hear that Iradae the Lawgiver was able to unify the clans and defeat the creature. The establishment of the Unified Stenza Clans marks the beginning of the "modern era" on Mudewei. 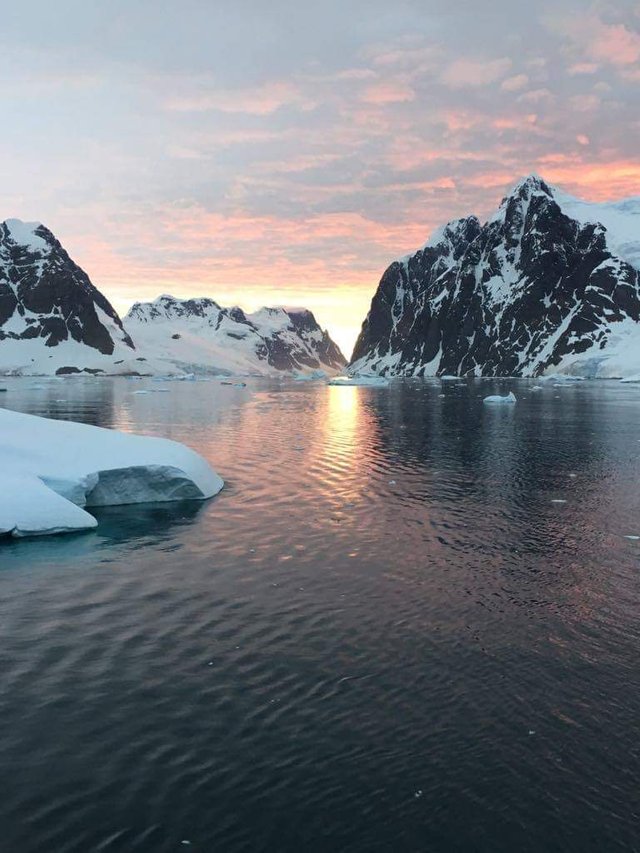 This is so interesting - the description of life in the ocean gives me the shivers. I love all the scientific stuff going on here too. Makes my worldbuilding brain happy! :D