A massive mountain range that pierces the sky.

Heading to the Primrose Monastery?   Need a hand across one of the gorges?   Want to barter with some dragons for safe passage to Renai?   Look no further! We at the Iwate Solitary Spelunking Commanders are professionals! Hire one of our trained Aarakocra guides to flit across the mountains like they aren't even there! They've been doing this for decades, learning the landscapes and finding their way past those nasty dragons! We even have the Battalion itself on call if you have troubles*!   Make your journey in fashion, with flair, and with speed that can't be gotten anywhere else! With the purchase of the protection plan!
— ISSC Advertisement.

The Feng Mountains, known to native sages as “The Mountains that Pierce the Sky”, known to modern minds as the home of the Remniscent Monarchy of SosIwa . A thousand years past the claiming of the landscapes by the renowned Raknar Feng: Claiming the Mountains, the formidable peaks stand almost unchanged by the civilization that has called them home. The Aarakocra and Goliath populations are still large and constantly bickering for space not claimed by the Dwarves or Dragons that have claimed territory there.   The Mountains themselves are treacherous, with peaks that rise above the clouds and have snow even under the hot summer breath of The Fire Giant of the South . Countless rivers and streams flow down through the mountains, eventually pouring into various rivers or lakes like the Iwate Sea. For adventurous folk looking to explore the landscapes or find land to claim in the Feng Canyons cradled by the mountains, there are plenty of local guides to lead them through. Some more… Legitimate than others.   However, even the best guides aren’t always able to escape the landslides, avalanches, fissures and other disturbances caused by the earthquakes that seem to constantly bash the area. Rarely are they disturbing to buildings, but the after effects are often deadly. Some old stories claim that the gods do battle underneath the mountains, those of The Knotted Snake reaching up to the surface world to take what they believe to be rightfully theirs.   Due to these disturbances, few settlements mark the horizon. Apart from a number of guilds and monasteries that call the area home as a way to avoid the clutches and requirements of Government. None, however, quite as prominent as The DraKaise Battalion towering out of the canyons. Many patrols of the guilds and the Battalion itself can be seen wandering the lands watching the countless caves and striking down the monsters and dragons that seek to challenge them.   Even after a millennia of living in the mountains, the mountains remain as mysterious as when Raknar Feng first looked down from the highest peaks and claimed them as his own.

The Fengs are a massive mountain range that dominate the eastern portion of Ithungsida. With the insides carved out by the massive Feng Canyons, the mountains shield much of the Middling Plains from hellish winter storms that batter Renai. The peaks themselves are the highest on the continent, looking for all purposes like teeth reaching out towards the sky as if to bite at the gods themselves.

The odd Bulette is known to inhabit the mountains, however, far more Giants, Dragons, and other monstrosities populate the towering hills of the Fengs. Deer, wolves and other types of general wildlife are common.

Due to the sheer size of the mountain range, within the Mountains, mines for most any mineral resource can be found. From massively active diamond mines, shafts cut through stone in search of precious metals, and a continuous export of quarried stone for construction purposes in other parts of Ithungsida. The millenia-old tradition of carving into the mountain for riches and rewards is well alive with the dwarves of SosIwa. The mountains are constantly dug into for more and they don’t seem to be letting up anytime soon.
Type
Mountain range
Location under
Ithungsida
Included Locations
Owning Organization
SosIwa
Contested By

This ISSC Advertisement was found in Iwate records of fines given for false advertising and conspiracy to commit fraud. Additional notes claim that they were alerted by the claim that Aarakocra had decades of experience.

The Glowing, Monster-filled, Sea of SosIwa.

The carved canyons within the Mountains, Home of the DraKaise Stricken Battalion.

The dark mountains of the southern fengs, with oases of life amidst the burnt rock.

I like the idea that this mountain range is literally a natural treasure trove. It makes it seem like something rival factions would fight over fiercely.

"other disturbances caused by the earthquakes that seem to pummel the area." It's not a typo or grammar error by no means does it have to change. Earthquakes don't pommel. The rattle, assail or maybe plague but pommel sounds like they best the land to death which isn't really what earthquakes do. If you have ever been in one (idk so ill just say and in sorry if it sounds rude lol) it feels like a wave. Super weird. How sevear are these earthquakes btw? Do any people live in the region at all? I like the region and the idea of the resources being so abundant but my real question is why. Why is it so abundant. You don't see super rich lands that often. Is their a reason so many are here?

I replaced that wording, thanks for the catch! And I added some more detail to the natural resources, but I am intrigued. What says it's "Super-Rich"? That definitely wasn't the intention   This is a -massive- mountain range that has a mining-heavy civilization within it. That means that they are likely to be seeking out anything they can find.   Also

Due to these disturbances, few settlements mark the horizon. Apart from a number of guilds and monasteries that call the area home as a way to avoid the clutches and requirements of Government.
— The article right above, with no changes.

Answers your question on "Do any people live in the region at all?" quite succinctly, I believe.

No, thats my fault man. I meant specifics. Totally my fault. I didn't fake the critique I promise! You say guilds and monestaries but to what gods and what guilds and Why are they running from government meddling? These conditions are kind of not fun. I was distracted when writing the comment. So sorry dude. I hate that so much. The implications of richness comes from the wording but it looks like it was edited?

It said i think that just about any resource inaginable could be found there and even now the wording still kind of implies there a lot to be had. Im referring to the natural resources section

I did rewrite the natural resources to a degree, but most of the riches of the mountain comes from the sheer size of the range itself rather than anything special. I do tend to veer away from specifics in the realm of monasteries, etc, just due to the fact that that limits the imagination to an extent.   Any monasteries would be dedicated to a member of the Arydian Pantheon, or potentialls all of them. And why does anyone run from government meddling? It just varies. :D Thanks for the comments!   https://www.worldanvil.com/w/drakaise-battalion-dejers/a/the-arydian-pantheon-article

I got you now. Ok so the sheer size of the range is what really provides its resources. It can limit the imagination yes i agree. Did not know about the pantheon. I'll take a look see soon :) sorry bout the mix up man. 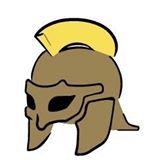 Are there any precautions for scam artists that claim to be spelunkers? Or is it more of a loose system where people will meet you at any time, so it's a bit more hard to tell? I always like tremendous mountain ranges such as this.

It's definitely a bit looser a system with independents and people forming little companies to try to make money. So, theoretically, you would buy a guide/travel package from a reputable merchant... Which might be hard to do if you are just traveling through the area. :D

First, I absolutely love the advertisement for services. Second, this is well thought out and well written. It looks like an entry in an encyclopedia. It gives just enough detail to satisfy and enough leads for someone to ask about if they want more information.   Do the potential guides stake out a territory along the range and chase off those trying to muscle in on their turf? Or is it more like several people trying to sell you the same type of item in a marketplace, all trying to be louder than the guy next to them? Are their trading posts or other gathering points that these guides frequent? Is one more famous than any others, and if so why?   Great article!

Thanks! I try to use quotes as lead-ins to articles to help give flavor and a feel for whatever I'm writing. With this writing, I've definitely been trying to hit the right mix of Flavorful/Encyclopedic, giving information while still being interesting to explore and read about.   Guides are as thick as sharks in bloody water, and act much like them. While the majority are independent solo acts or groups of only a handful of people, there has grown an industry where companies start up and begin building credibility through legitimate tours and guides.   I'll definitely have to look into specifics of trading posts and companies in a future article! Thanks for the thoughts.   Thanks for the feedback!

I find this to be a simple, but effective article about a bunch of mountain ranges! Geography tends to be for me a difficult template to use, but you helped turn it a lot more detailed and enjoyable to read. I like how it feels alive with people living there, mining diamonds and minerals, and even it having multiple nicknames for both old and new times.   Curiously though, if they're the highest mountains on the continent, is there an estimated height for the highest mountain?

Thanks! This is a part of an effort to write much better and more in-depth/cohesive articles for the regions of the world. Have to know the world to really get a sense of the people!   As for the estimated height, hmm. Not sure if it's been reliably measured to suss out the true tallest. Or even if the single "Tallest" was in the Fengs... Good thing to think on, thanks for the feedback!