The snake-filled jungles, protected by uuku and explored by few.

Take my land once, shame on my poor sight. For these eyes have not looked out on your petty mortal plight.   Take my land twice and cut down my friends, shame on you for taking the rends and seeking that which is not yours.   Come upon my land and seek your death, for the spirits here within these trees see you and will laugh as you thrash in the unholy grip of our tired wooden hands.
— The song of Kosdrevo

From the Dytikan Coast to the Southern Floodlands, bordered on the south by the Forests of Uuku are the Middling Jungles; a temperate rainforest that encompasses the southern coast of the The Great Bay and ends within footsteps of Mt.Algier. Within these boundaries is a largely unexplored landscape of fast-moving rivers, poisonous plants, and uncontacted tribes that might prefer it to remain that way. Expeditions into the jungle have also uncovered vast stretches of ruins that hint at an ancient civilization of Serpen and Yuan-ti. 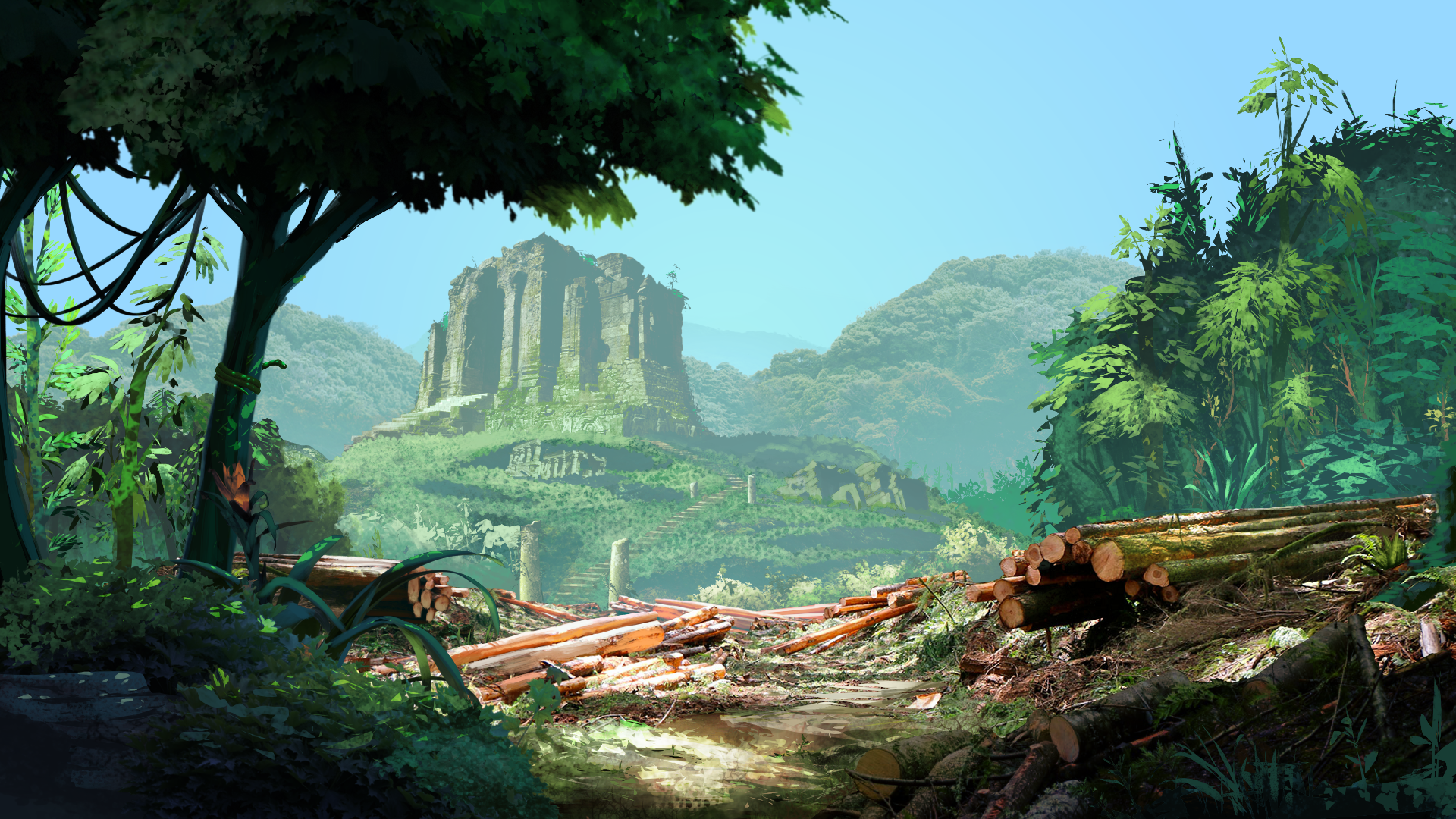 Lost Temple of the Middling Jungles. by Gabriel Lavoyer
Records salvaged from Vhaskus’s Reign indicate that they were likely smashed under his heel, however the truth may never be known to people aside from the smattering of Yuan-ti that seek to reclaim their empire through treachery and deceit. When this civilization fell, the size of it, and the kind of kingdom it actually was are all questions that the current crop of Yuan-ti are not answering.   The modern jungles are populated by countless small tribes, many dangerous beasts and spirits that claim to protect them. The Elven kingdom of Uuku claims these forests as their rightful territory, however, abdicate the actual ruling of the areas to Forkden so long as the forests aren’t clear-cut and removed from being nature. With the lack of interest in stirring more political quagmires and seeing no major benefits to inhabiting the jungles, KravMaw largely submits to this deal. Indeed, not all find this to be agreeable, and several of the neighboring Senary have large foresting efforts on the northern edges of the jungle.

The Jungles are heavy with marshes and rivers that flow from and to all directions. Navigating the jungles can be as deadly as fighting the creatures within.

It is known to be a place preferred by Lizardfolk, Serpens, Yuan-ti and many other beast species that have no use in polite society.

The song of Kosdrevo is a folk song that is said to ring out as a warning to camps of loggers cutting into the Jungle before they are slaughtered. The myth has grown to the point that loggers are an extremely superstitious lot.

Remove these ads. Join the Worldbuilders Guild
Forests of Uuku