Come to our little town of Poncolase!   We have a cove protecting our beaches, guaranteed AA patrols and friendly folk ready to help you find your way to the best vacation you could ever hope for!   With stay packages starting at 23 gold for a week’s stay and all food provided, we are sure you’ll enjoy yourself!   When you think of the sun’s glorious rays, think Poncolase!
— HB Advertising Flyer 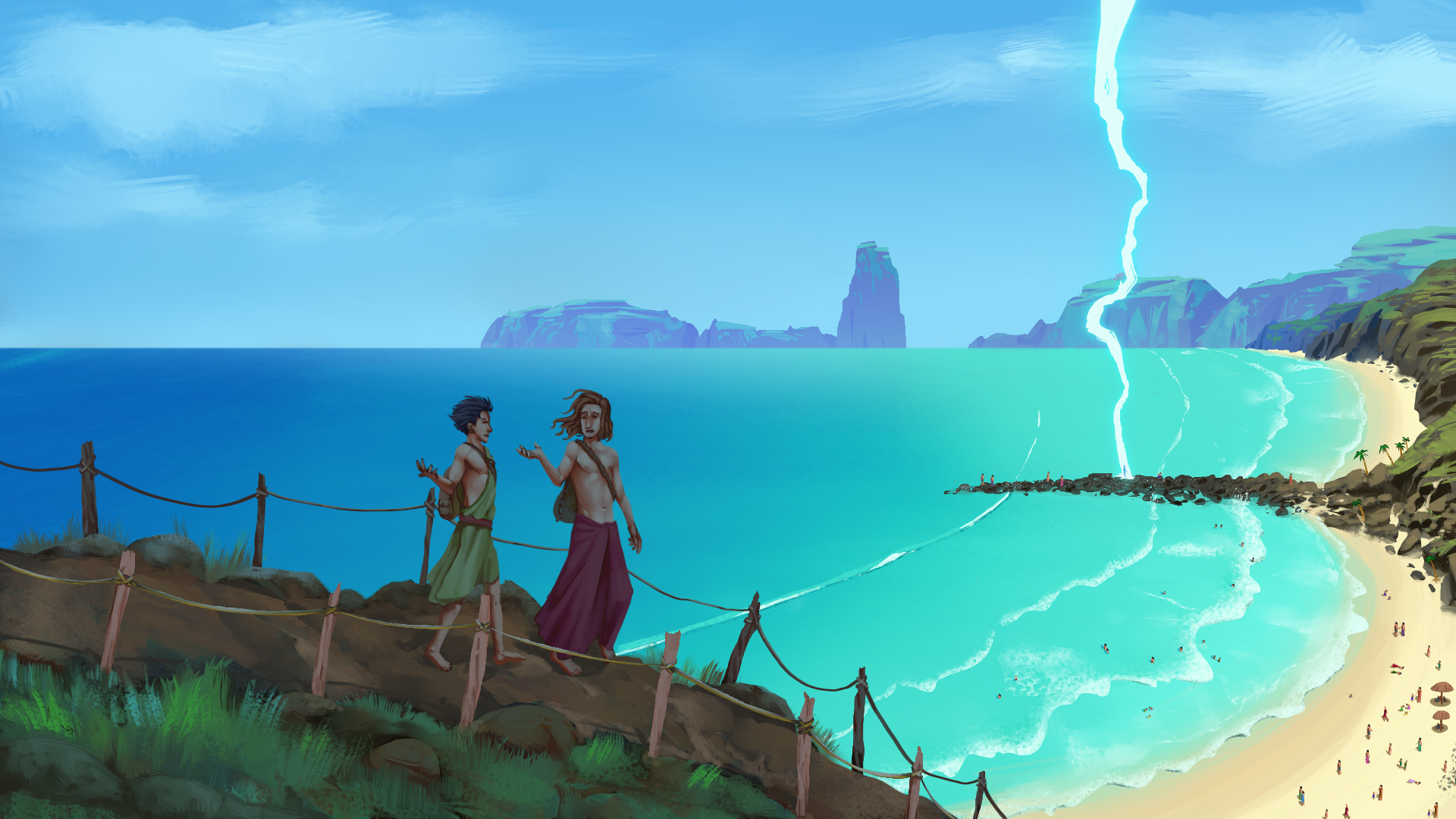 Highland Beaches by Gabriel Lavoyer
As you follow the highlands from the steep cliffs of the south towards the northern shores and the Dytikan Ocean, the hills and valleys transition to wide-open sandy beaches that stretch as far as the eye can see. Filled with pleasantly cool air from the northern stretches of the ocean, but warm for most of the year. These beaches are largely tourist focused, with the elites from all over settling into houses backed by dynasty or merely built for the season.   The lands have undergone an identity crisis over the last several decades as the rise in Airship travel and the rebuilding of Modern train tracks have brought back a lower class level of tourists. Embarking from the walled cities of Forkden, the far-off icy lands of Renai, and the Mega-cities of Araetule, these people show less respect to the land than the elites do and reward the economy for their presence by the sheer bulk of their numbers rather than the weight of their wallets.   This has caused many elites to retreat to small coves that are protected from rising waters and tourists alike. With them, the majority of the Alluvian Authority in the region is stretched thin and can’t be everywhere. This has caused some of the areas of the beaches to grow into seriously crime-ridden areas. With problems, both normal and not, around every corner.

The northern beaches have no Sahuagin in the region and few Triton off the coast and don’t have near as many sharks as the horrific tales of the local bards might have you believe.   However, they do have a large presence of Palm Trees, Coconuts and Monkeys/Apes that are assumed to have migrated from the Middling Jungles at some point.

The Highland Beaches are actually a strange phenomenon known as an Emergent Beach, as they didn’t exist more than 400 years ago. This has been attributed to many as either a sign of the will of MeyGana, Roar of the Sea or due to the waters of the Dytikan Ocean receding more than they have been rising. For obvious reasons, most people prefer the former and often call the area “MeyGana’s Beaches”

With the large amount of sand in the region and people seeking to find relief by doing things differently outside of their normal lives, these interests combined when a number of tourists dug up a number of Fulgurite crystals that had formed during an overnight thunderstorm.   With this discovery, a niche set of art designs named Crystals of MeyGana came into fashion and have grown into a mild industry in the region. That is, as much an industry powered by lightning and artists can really be.

This HB Advertising Flyer was logged in evidence as the potential provocation of a riot in the Renan town of Eske, why this is thought to be the case is unknown.