Last Resort for the DraKaise-Stricken, Seekers of Adventure, Heroes of Ithungsida.

Created by Dejers, aided in content by the Lore Team and TehPillowStar.

An Ancient order of warriors, the ranks of whom have marched across time and space to defend the world from evils of all fashions. The Battalion is the last resort for the DraKaise-stricken, the ones who listen to any pleading cry of help, and are capable of sending their troops across Ithungsida to rectify those issues that have been brought to their attention. They seek to help heal the world of the many wounds inflicted upon it, and to help forge a new one where the landscape can recover from the countless horrors of the past.   The origins of the Battalion are hidden deep in the frozen waters that the Fourth Fleet of Iwa sailed from a millennia ago, with roots that deep into the fabric of history. From it’s inception, the concept of DraKaise and it’s associated battalion were dwarven, taken from the long lost land of Iwa Stories are told and retold from father to child, till the cycle begins anew, of the immense warriors that had the ability to rock the foundations of the world, and did so many times against innumerable foes.   Able to call fire from the skies to smite cities, or fight giants hand-to-hand, the members of this fabled group are said to outclass any normal person in strength and skill. The Battalion is made up of countless exceptional warriors with the drive, passion, ambition and of course that concentration of DraKaise that brings them near the threshold of insanity as they take what the battalion offers and wreak havoc on their own destinies. The Headquarters of the organization, the Base Camp, is set on a massive mountain that sprouts from the center of the Feng Canyons . Tunnels for foot or rail travel connect the Battalion to the rest of SosIwa, but many prefer the use of overland roads or Airships to make their way to the fabled group.

After citizens make the trek to the battalion base camp, they are brought in front of one of the members of the Praetori Legatus and provided an understanding of their purpose there. Training, Pay and Housing are provided by the Battalion, and for those that undertake missions on the behalf of the Battalion, the greatest rewards are offered.   From vast sums of money, to opportunities to train and learn new skills and abilities to advance in. The various ranks of the Battalion are defined by the capabilities of those who bear the title, with the newest assigned the rank of Legionnaires and the strongest surpassing the rank of Tribune and attaining the rank of Legatus.   From Legionnaire to Tribune
Legionnaire - Legionnaire, the lowest ranks in the Battalion yet the most important, these are the lifeblood of the Battalion. The vast majority of the battalion consists of these newer members who approach their training with gusto, yet are generally not able to progress very far beyond the base understandings of their class. People in these ranks generally spend their time training extensively to master the skills they are learning and preparing to be selected for missions that might have need of less experience than some of the more complicated manners.   Centurion - Centurions... If Legionnaire are the Lifeblood of the Battalion, the Centurions are the Workhorses. Upon the completion of the most intense periods of their training and a number of missions, a Legionnaire is promoted to the rank of Centurion. The Majority of the Battalion members linger here, content with the training and expanded understanding of the world the Battalion has help proffer them.   Praefect - Praefects don't accept defeat! Learning from the more experienced members of the Battalion, they hone their skills to their limits, excelling in their training and research. As such, they are promoted higher and given access to more advanced techniques, helping them become indispensable members of the Battalion. These members are generally hired out as instructors for the lower ranks.   Tribune - Tribunes are Praefects who have managed to continue in their research and have advanced their skills to the point of outmatching most normal enemies.   Reaching the rank of Tribune is no minor feat. The few who can say they have ascended to this portion have in-depth understanding of the world, their purpose in it and the inner workings of their abilities. Despite being so high in the Battalion rankings, Tribunes are known to quickly turn eccentric and withdraw from the usual battalion life.   Legatus - Legatus are at the very limits of what is possible for a mortal being. With countless adventures and missions experienced, the Legatus have their names written in countless places and are known to many leaders across Ithungsida. They have received blessings from divine powers, acquired powerful artifacts to aid them in battle and have the most power in the Battalion. 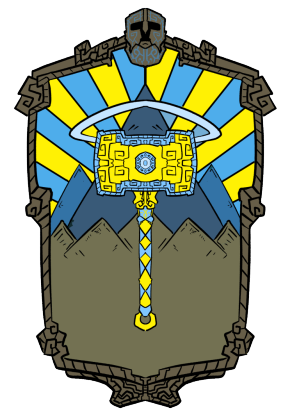 Articles under The DraKaise Battalion

An Ancient Adventuring Party and leaders of the DraKaise Battalion.

The Ethereal Fluid of the Adventuring Spirit and Madness.