When the mist of The Void parted, I was presented with the view of my home. Six of it's islands were visable throught the window. Each was covered in a beautiful dark green carpet of evergreens. Out of the carpet, snowy mountains pirced throught the thin clouds. A small river cascades of one of the islands, desending out of sight into the void mist. Then our Galactor soared away, leaving me with a view to remember.
-a Suberian Galactor rider

Suberia is covered in snow capped mountains and snowy forests. Suberia is very cold and only rarly do the temputures get above freezing. Because of this, fur is valued in Suberia. Furs from suberia are sent throughout The Void on Galactors. About 2/3 of suberia is populated with humans, but this is a very approximate estimate. The other third is wilds, home to Ice Goblins. There are two superpowers of Suberia, The Enith empire and The Merchants Guild.

Because it is cold all year round in Suberia, all if it's plant and animal life if fully adapted to its climate. Great evergreen forest stretch across the land and reindeer and yaks travel in herds across the tundra. The primary preditor of Suberia is the winter bear. These beast are active all year round and more carnivorous than their kin on other worlds. The winter bears is also a common cultural symbol, and it finds it's way into the heraldry and religious shrines of Suberia's nations. Suberia is aso home to Ice Goblins, a savage type of goblins that dwell in the wilds and raid civilization.

The animals of Suberia all extraordinarily think pelts, making their furs a top commodity in other worlds that are facing a sudden winter. Fur trade provides the main source of income for many Suberians across the world. These pelts are transported across The Void by The Merchants Guild  on specially trained Galactors, that are fitted for inter-world travel.

Suberia was created in the year 71 by a powerful Lucid named Ornius as a place to get away to. He populated and expanded it over the centuries, and turned it into a complete world. When The Void finally took him, he gave the last bit of his soul to Suberia's people. That fragment
of his power if reincarnated every generation in a new body. This avatar of Ornius has lucid-like powers and often rises to be the leader of one of Suberia's nations. In 106, the settlement of Harrlu was founded, and grew as a center of trade. 28 years later, in 134, the nation of Omios is founded by Harrlu and omios begens to rise as a trading nation. In 578, The Kivhier plauge spreads, and the dark ages start. in 569, a city in a remote pocket of the mountains on the edge of Suberia conquers half the world, 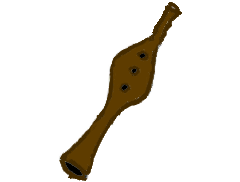 People come from all over The Void to see the veiw from the tops of Suneria's mountains. Suberia is also the center of fur trade in the void.

The People of Suberia belived in evil spirits called the Kiv. They have many traditions deveoloped in the dark age for granting protection from the Kiv. The Kiv are no longer belived in widly, but the traditions are still continuing.

Suberia is in the midst of a cultural war: the more abstract traditional way aginst the New way, which is basicly the opposit of the traditional way.
Type
Planet
Location under
The Void
Included Locations
Included Organizations
Inhabiting Species
Related Myths
Related Professions
Related Materials