The people of Suberia take great pride in there world. They have many old traditions, delveloped in the dark ages, and now stay with them, because they are important in Suberian culture. Recently, the traditional ideas in art have become challenged. Some think that this is the begening of a cultural revolution. There are two major superpowers of Suberia. The The Enith empire is the most affecting of it's people, because it is the only geopolitical one. The area around there is more focused around change. The Merchants Guild does not effect is people much, because it just has partial control over its area. The other sixth of civilized Suberia is simaler to the area controled by The Merchants Guild, in being rooted in tradition. The people of suberia are in the midst of a cultural war. The old and traditional way of art is being challanged by the newer way. The old way is abstract, and the newer way is more focused on realism. The newer way is practiced most in The Enith empire and the traditional way is still dominant almost everywhere else.

Their family names often are words in Suberian

They are in the midst of a cultural revolution. The style of new art is rising, and traditional art is now not the only style.

There dress is disigned for the cld weather they live in, and often features furs. Fur are a sign of wealth, and sometimes the rich will buy more expensive ones just to show that they have wealth to spare

Their architecture is sturdy because of the weather. This sturdiness is considered beautiful. Their art is dived into two kinds: traditional and new. Traditional art is more abstract, with different things representing different things. Their abstract art follows the idea that nothing could look 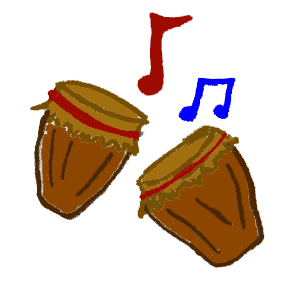 by Samuel Robbins
as good as the real thing, and if you aim for realism you will never be satisfied. However, if you make it abstract, like visual poetry, then you can achieve your goal, and you will have created something unique. Their song is similar. Different abstract sounds mean different things. There is no strict code around these things, but what different things mean is based on suberian culture. Poetry is not part of traditional art. the thought behind that is that if you are creating poetry with your song and sculptures, then normal poetry is just a more forceful, less skilled version of that. New art is
everything traditional art is not. It focuses on realism. It has written poetry. The song is less about what it sounds mean and more about how they sound. The focus on realism is because if you can come close, then the imperfections are beautiful, and even a less real mountain view is still a mountain view. The written poetry is because if you spend less attention on how it looks then you can work on becoming more skillful instead. If you let the song's meaning get in the way, then it will not sound as good and have less meaning for the soul. New art is generally more open than traditional.

There are many different traditions, almost all of which came from the dark ages, the piriod from when the The Kivhier plauge started to when the The Merchants Guild and the The Enith empire rose. Theese traditions were once do to keep off the Kiv, but now are done simply because of tradition.

There are no common coming of age rites, but Ht’karkaya was once widly preformed.

The person is buried beneth the snow of one of the tallest mountains in the area. This is to put them protected bu also close to The Void, where all suberians came from acording to legend. This is done only because of tradition now.

There are many myths and legend in Suberian culture. Often, myths revolve on the Kiv, dark spirits  Suberia has a rich and ancient verbal storytelling tradition, some myths even claiming to have originated during the creation of the world. The Kiv,

The great Lucid Orinus created the world out of The Void, and gave his soul to the world. every century, he is reincarnated, with Lucid-like powers.
Encompassed species
Related Organizations
Related Myths
Languages spoken
Related Locations