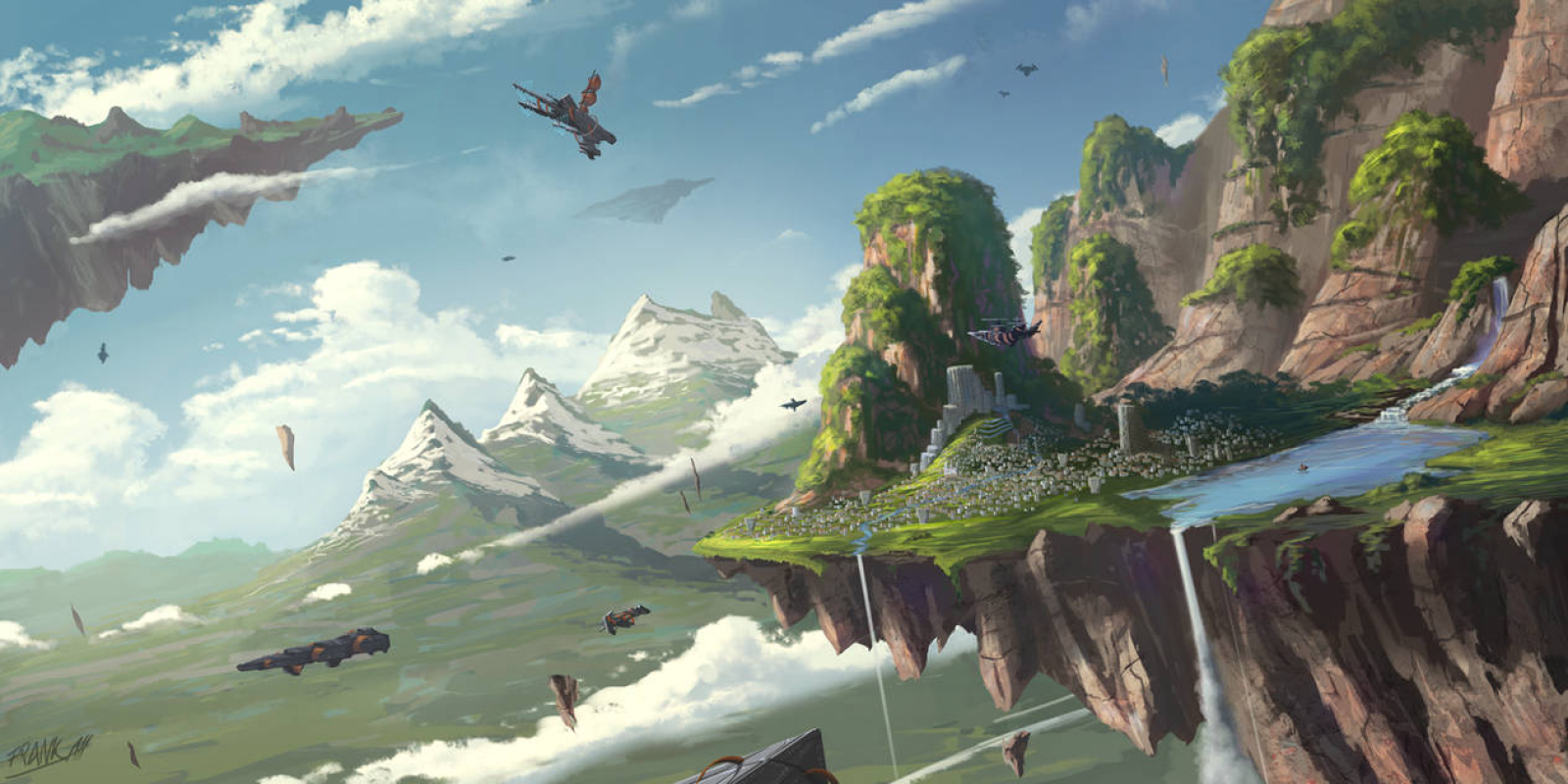 I had been born and raised in the wastelands of Algoria. When the federation transfer mission started I decided to return to my ancestral homeland. I thought very little of this other world that I hadn’t seen yet, but when the void ship flew into the inner islands, I was brought to tears by Quantan’s beauty. As I stepped off the gangplank I was met with a soothing breeze and a flutter of fall leaves. I fell in love at once, with this home that my blood had come from, it was perfect.

Quantan, the verdant desert. A world rich in life, wonder, and magic. Its rich sands harboring majestic succulents and the lush oases are a drinking hole to many a wondrous creature.

Lay of the Land

Quantan’s habitable land consists of 5 islands. The largest island to the north is the most vibrant of the 5, covered in forests floored with sand and holding lake Tellion, a 10-mile wide expanse of crystal clear water that is only 4 feet deep. In central island is by far the driest, and is as a result generally lifeless, but every 24 and a half years the central island blooms into a sea of flowers, covering every inch of the sands. The other 3 islands have similar climates, but each has a diverse array of creatures of landmarks.

Quantan is still recovering from the WFQ's brutal extraction of auton steel. The mineral, a necessity in quantanese society, was once abundant in the world, but years of strip mining and deforestation have scarred the landscape. Now that there is no auton left to extract the Federation has returned to its cities and the land now has time to heal.   Even still the Federation has left its mark. One might find the sand-flooded remains of an open-pit mine, or perhaps a range of hills honeycombed with tunnels and boreholes. The Naga of Quantan have worked to nurture the world back to health and defend it against further human tamperings. 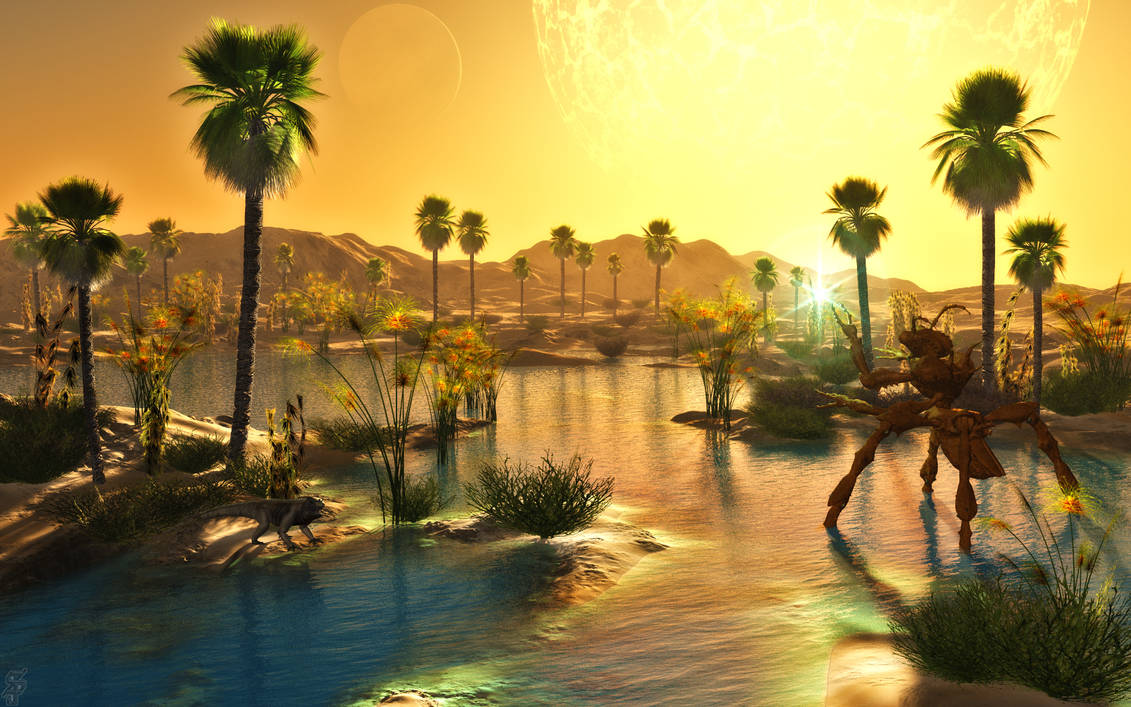 Quantan is home to a rich and diverse array of lifeforms. These creatures all have adapted to the lukewarm dryness of the world's deserts are thus very strange in comparison to other creatures one might find in the Void.

These flowers are dormant for the vast majority of their life. Sitting 1 to 2 feet under the sand slowly collecting nutrients. Every 24 and a half years these bloom in a brilliant display of pinks a blues, releasing spores to seed the nearby sands. These flowers of endemic to Quantan's central island.

Less of a tree more like a giant portulacaria afra succulent. These massive plants grow alone and are often the sign of an underground water source. The naga build their villages around them and they are of great significance in their culture.

These strange palm trees grow around Quantan's many oases. Their main trunk splits into many about 8 feet up and continues to branch upward and outwards before ending in small tufts of 4 or 5 leaves. The bark of these trees, when crushed into a pulp and then juiced make a saturating beverage.

Growing at the bottoms of lakes and oases, Oponio is key to the survival of a particular glowing microorganism. They produce nutrients that feed the bioluminescent yaistio algae. This algae attracts small fish that get the cactus’s tiny sticky seeds stuck to them.

Standing about 6 feet tall at the shoulder, Ranton have long skinny necks that end in a wide flat head. These are herbivores sustain themselves off of the leaves of the finger palm and thus live in and around oases where such trees are common. Their necks can grow to up to 8 feet long and when they rise to stand on only their back 4 legs they can reach heights of over 12 feet. They drinking the Ranton rely on the two backward-facing olfactories to detect predators.

These tiny desert mice stand on their two very long back paws using their arms to handle food and other small objects. They have wide faces and giant ears. They live in small family groups near oases and cacti forests.

These feline carnivores and masters of stealth. Their yellow hide blends perfectly with Quantan’s sands and when they bury themselves they are almost undetectable. The Tunklon's primary hunting strategy is to hide under the sand near a water hole until it can sense the footfalls of potential prey. When it has determined that its quarry is close enough it leaps forth and attacks. Tunklon posses 4 eyes, two on the front of their head and 2 on the sides, all of their paws end in hooked retractable claws.