The World Federation of Quantan

Perfection, only perfection
— Jatwald, First President of the WFQ

A perfect society, built of ideals of democracy and capitalism. The streets of a Quantanize city are spotless. Their people like perfect, productive lives, tended to by a seemingly infinite supply of gadgets and robots. Quantan is a Utopia, no need it left unattended too, all is available, nothing is desired.   If only such a society could be built on clear morals. The truth is that the World Federation of Quantan is an imperialist colonial power. Only capable of maintaining its illusion of perfection by systematically removing anyone who dares question their faith towards the institution. These insubordinates are sent to the hellscapes of Algoria to either live a life of perpetual slavery or rot in the desert wind.

In the ancient era of quantan, civilization consisted of many tiny, yet extremely technologically advanced communities. These secluded settlements were carefully watched over by the Lucid of Quantan. Despite the power of this infant civilization, their lucid prevented them from expanding to colonize other worlds or unify into a coherent government. However, around 1100 the mysterious lucid that created Quantan was defeated by a mighty deamon lord, leaving Quantan without restrictions. Soon the world descended into turmoil, fueling the growth of weapon technologies.   In the 14th century, with civilization-ending weapons pointed at each other, peace talks began between the Quantanize nations. A prominent intellectual, Gyrtuob E. Y. Jarwald, published "The Way Foward". This manifesto laid out the system government that the WFQ uses today. Jarwald's text grew in popularity among peace-seekers, soon becoming the face of their movement. Many of the nation-states' leaders were inspired by the book too, and they took initiative to make Jarwald's ideas a reality.   Thus the Federation was formed, with its binding the new government was formed and Jarwal himself sat as the QFW's first president. During these first years, Quantan flourished. Cities were built, technologies developed, and uncharted land explored. This renaissance soon decayed into the static utopia that the WFQ knows today. Retex and Araborea were discovered, but this had little impact on the daily lives of normal citizens. Such discoveries were not even announced to the general public years later.

Being the Void's most technologically advanced civilization, the WFQ is very influential in inter-world geopolitics. With their mighty ships and specialized troops, they could conquer any world they please were they not harried by the gravitational currents of The Void. The Federation has however been able to gain a footing in a few places.   During the 3 weeks a year that the void around Ularr is safe to travel in, they send ships there to supply the various secret colonies they have established on the desert world. On Alivia, the WFQ has established many colonies, and send troops there often to expand their territory.   After the discovery of Araborea, the WFQ built the CED and launched off their campaign to colonize the world. These efforts have seen little success. While the Inner Islands offer habitable lands, the precious resources of the Outer Island and the Rim remain guarded by the hostile environment, Arkubus and their Mythrolobes servents. The Retex project is similarly stalled by the unmappable landscape of the hellworld and its deamonic inhabitance. 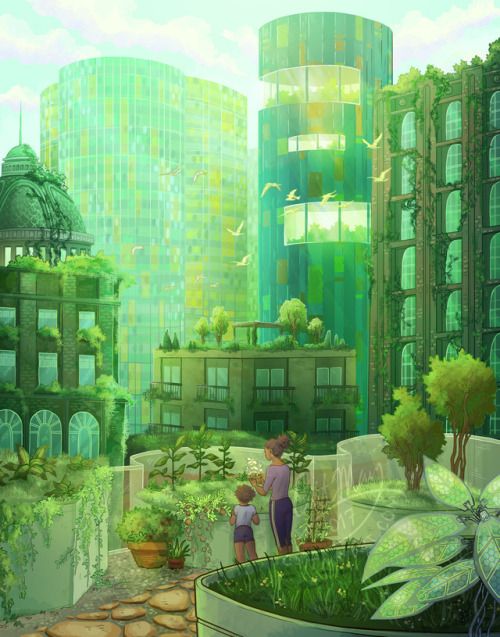 The post-scarcity economy of the World Federation of Quantan is built entirely off of a single material auton steel. This substance is highly transmutable and with the Federations advanced technology they can turn it into effectively anything. As long as there is a plentiful quantity of the stuff on hand Quantanize society can function at its current level. Quantan used to be rich in this blue-green metal but years of mining have depleted these massive deposits. This shortage was solved when auton steel was discovered on Algoria. Now as even the Algoria mines are offering fewer yields every year. So thus the search continues, threatening to lay all in the Federation's path to waste. 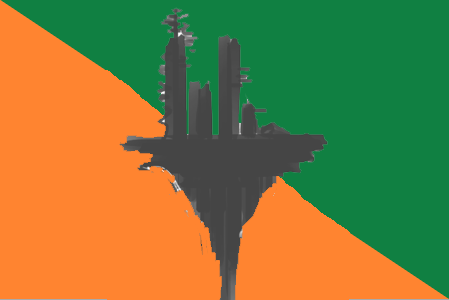 Remove these ads. Join the Worldbuilders Guild
The Federation