Dark, cold, yet glittering with alien life. Once a sylvan paradise, now a fungal hellscape. Araborea is a place of decay and wonder. Blue-green life radiates from towering mushrooms and twisted creatures lurk in the bioluminescent undergrowth. Araborea is a place where the decay of The Darkness and the power of the Void have combined to create something truly strange.   Araborea was recently discovered by The World Federation of Quantan, since then they have started building a colony on the central island, and mapping the surrounding area. Even so, much of Araborea is unknown beyond Retralar little is known of the place. None can say what lurks in the empty areas of Federation maps. Even more mysterious are The Outer Reaches a strange island group that encircles the world. The outer reaches are greatly affected by The Darkness and are home to evil creatures and deamons.

Lay of the Land 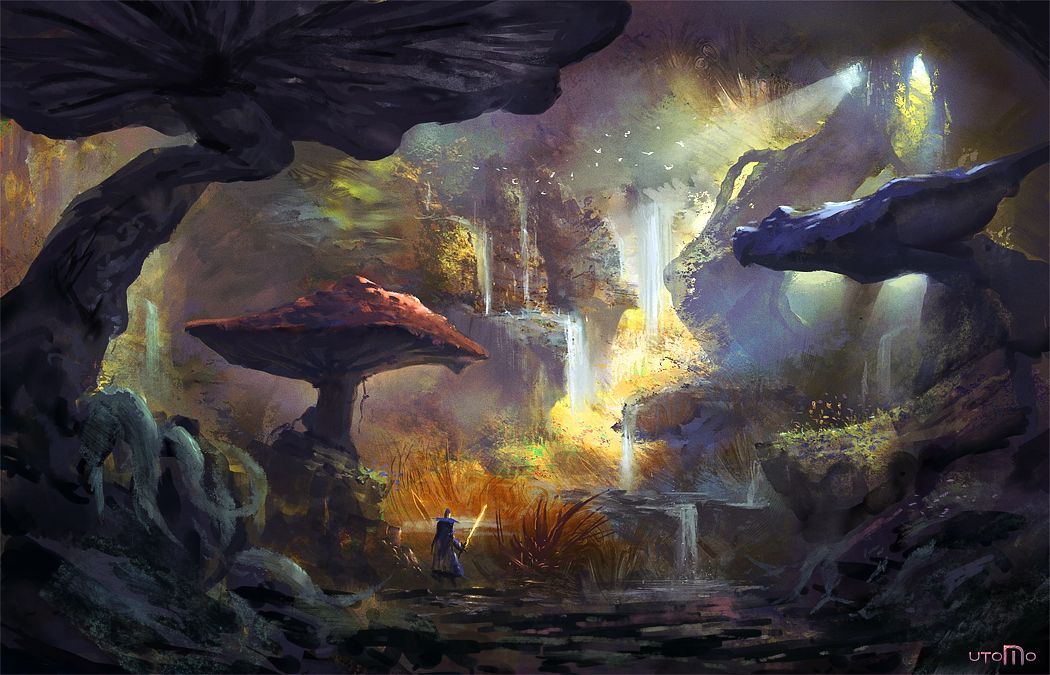 by MatthiasUtomo
The geography of Araborea can be divided into three sections, the center islands, the inner circle, and the outer rim. The center islands feature are very natural, it has mountains and trees like any other world and is generally unaffected by The Void, but its vegitation is thick and hostile. The inner circle is much more alien however, it has great mushroom forests and strange shifting landscapes. These islands are the home of the Arkubus and other odd creatures. The edges are the strangest of all, containing unknowable mysteries of the darker void, and holding dangerous creatures.

A fungal paradise, rich in life, and full of wonder. Retralar, and its surrounding islands could almost pass as a normal world. Tropical forests cover these islands, these musical woodlands are composed of both trees and towering mushrooms. Ancient overgrown temples and monoliths litter the landscape, in these places Mythrolobes lurk in their strange tribes. 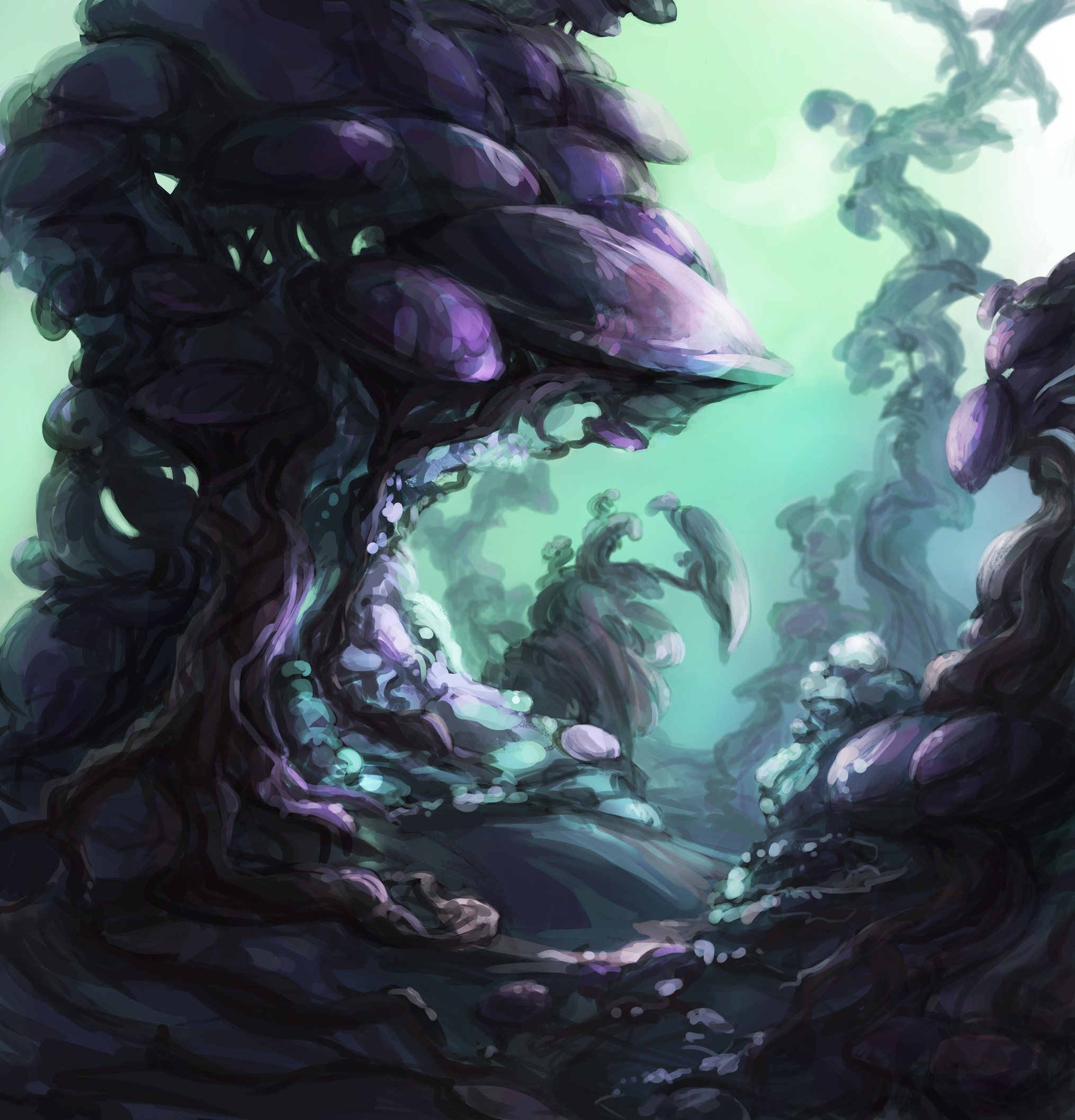 Once one travels beyond Retralar, the truth of Araborea's condition becomes visible. The greenery is replaced by titanic aquamarine fungal forests and the wildlife is supplanted by stranger creatures. Despite its queer beauty, the Outer Islands are a hostile place, the Mythrolobes here are much more territorial than their brethren on Retralar. Strange predators prowl in the decaying wilderness starved for fresh meat, and the ground itself is known to swallow entire patrols up the whole.

Only at its outermost rim does Araborea live up to its classification as a hellworld, the outer reach is a place of evil. This island ring goes through a grotesque metamorphosis over the year, going from a spotless wasteland to a blooming toxic jungle, before bleeding away repeating the cycle. Only a few robotic probes have been sent to the place, and only has made it back intact. The Outer Reaches is a hellish place for all forms of life.