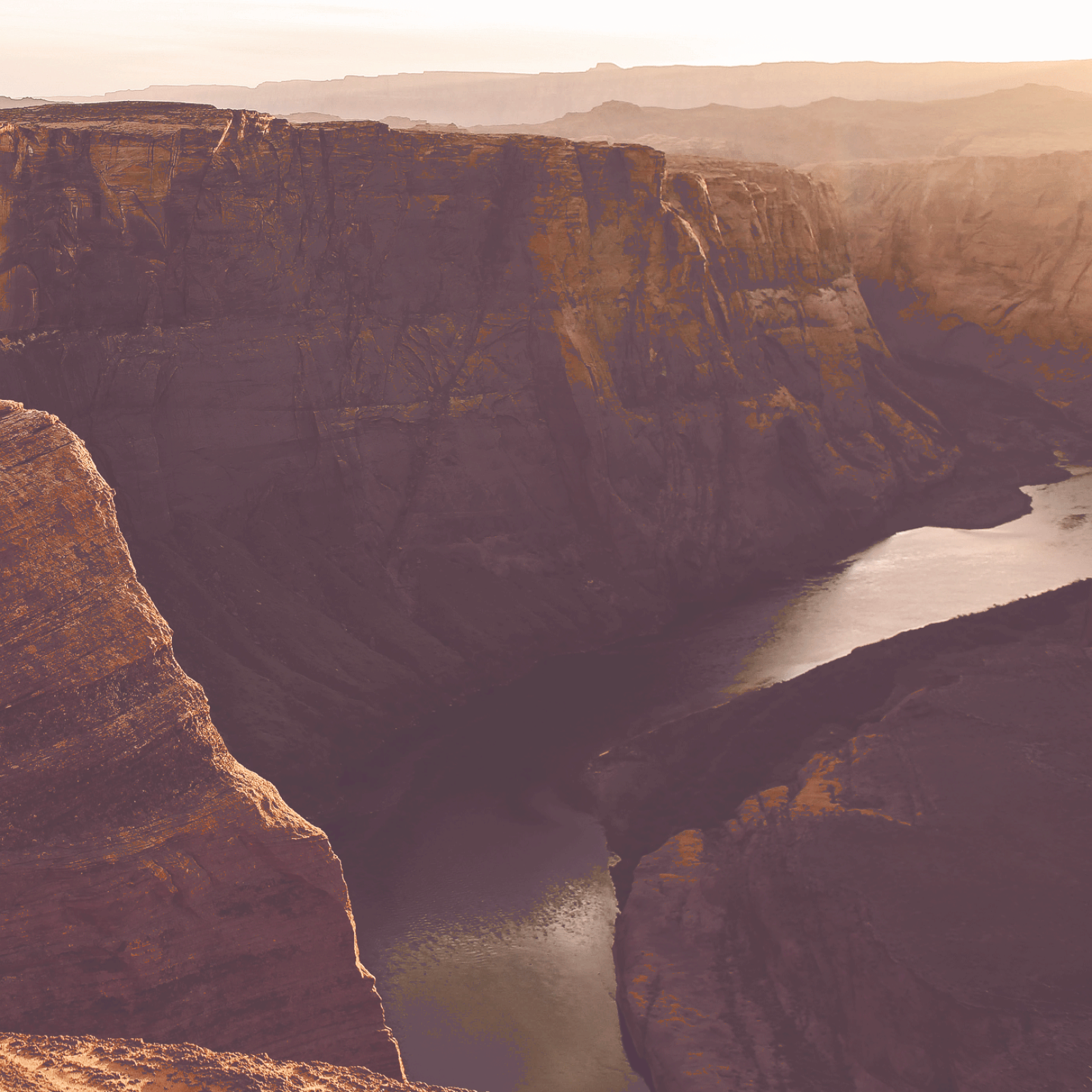 Shadowfire    Geography and Nations      Sunside      Ardi-Kokufa      Godswollen River
Godswollen is the largest river known across Shadowfire, and is the only source of water for much of the Sunside lands. The many tribes and city states that war and trade along its length call it many names, including Godswollen, Great Solace, The Blood or Thulaya's Lament.   Its waters are sourced from the Shadowside storms that are constantly pushed across the Brightweld Mountains and from the glaciers the grind their way down the sunward slopes of The Dawncrags. These collect within the high inland sea known as Godstears before eventually falling down the cliffs in a massive series of waterfalls known as the Old Torrent.   The river then carves deep meandering canyons on its way through the sun-dried deadlands and deserts of Ardi-Kokufa. It even drops below the surface at Stonesky Drainage and runs underground for many miles before resurfacing near The Gleaming City. It is here that the waters dissipate in tendrils of winding streams and festering salt lakes that make up the Mephitic Delta on the shores of the Grifted Shallows.

The origins of the Godswollen are lost in the timeless burning of the Age of Shadowfire. It is the lifeblood of the cultures that have grown up around it, a source of sustenance, worship, and bloody conflict to access and protect the life giving waters.   Generations and the unknowing count of moons have seen many civilisations rise and fall along its length, but none have lasted much longer than a few generations. An uneasy stasis has emerged over the last thousand years - a constant cycle of minor skirmishes and retribution between the many gangs, tribes, petty warlords and struggling outposts of civilisation that are dotted along the banks of the river. No conflict ever lasts long though, for fear of bringing down the retribution of the forces from The Gleaming City. The Lords of Fire will brook no disruption to the flow of the Great Solace.

Key factions along the river

The forces of The Gleaming City are a constant presence along the entire length of the Godswollen. They are reticent to intervene in any of the squabbles between the warlords, but have been known to seed dissent and support opposition against any that start to show too much strength. They simply keep control of the river, to maintain itse flow - not just of water, but of the vital trade that links the Gleaming City to the verdant produce of the Shimmerlands, and the growing markets in the gloom beyond the Brightweld Mountains.   They hold permanent outposts at the Old Torrent falls, and at the entrance to the Stonesky Drainage. These are both bustling trade-stops and formidable military defences. 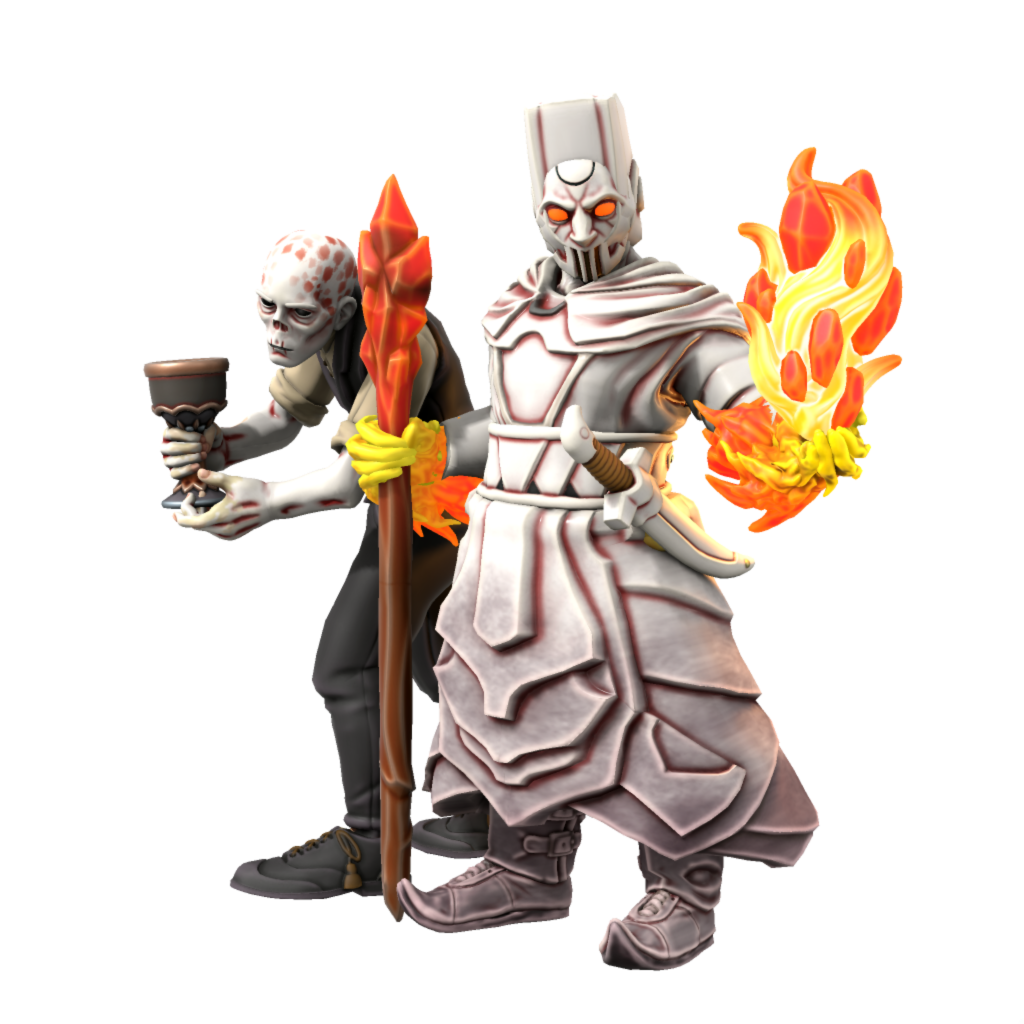 Merchantry of the Torrent

The loose collective of traders and merchants that manage trade up and down-river are all members of a guild known as the Merchantry of the Torrent. The Merchantry is well and truly under the heal of the Lords of Fire, and any who seek to trade along the river must seek support from and pay their taxes to the Merchantry. It is essentially a huge bureaucracy and entirely corrupt protection racket serving the Lords of Fire. Many have risen to positions of power and influence within the Merchantry, and keep dense layers of contracts, complex business structures and tangled legal loopholes to ensure the Merchantry stays rich. Non-sanctioned trade is trampled, and those who attempt it severely punished.

Warlords of the Deadlands

The many tribes of warlords and bandits that seek to establish their dominions aloing the banks of the river. They bully the unwary along the tradeway, stealing and pillaging in just the right amount to avoid angering the Merchantry or the Lords of Fire too much. Subterfuge abounds, and many seek to blame their worst atrocities upon their neighbours.   The Merchantry is not above hiring the various warlords and tribes to do their own dirty work, and many private armies abound.

The Ruins of Dam Nation mark the site of the most recent attempt by any along the banks of the Godwollen to challenge the power of the Lords of Fire. nearly 100 years ago, the ill-fated nation state attempted to construct vast dams across sections of the river and irrigate the desert. They managed this by uniting a number of the tribes in a dream of a greener future and an end to the suffering experienced in the hard lands of Ardi Kokufa. it worked for nearly 4 generations, before the Lords of Fire finally amassed enough strength to destroy the tribes and set the place to ruin.   The ruins are kept free of the desert sands, and of any who seek to reclaim or rebuild, as a warning to all about what happens to any who seek to challenge the Gleaming City.   Survivors of the invasion turned from farming and irrigation to plotting their revenge. Many have allied themselves with the various Warlords, or The Icerunners Guild with the dream of re-building the dams and fighting back against the Gleaming City.

The The Icerunners Guild seeks to undo the destruction of Dam Nation by the Lords of Fire so they can re-establish their monopoly on importing water to the Gleaming City. They work furtively behind the scenes for fear of upsetting the very clients whose power they seek to undermine.   The guild's many agents ply the lands up and down the banks of the Godswollen through subterfuge and guile, setting up secret alliances with the many warlords, and division between the Lords of Fire.

Agents of the Usokufa source their dead bodies from across Ardi-Kokufa to be turned into Bodyservants in their factories in the Gleaming City. While most trade is with people having died natural deaths, it has been rumoured that the Warlords and others will seek easy coin through the sacrifice of innocents before their time in order to supply the Usokufa with their raw materials.

The river brings water to the lifeless desert, and is the primary source of life across the Deadlands. The banks of the upper reaches below the Old Torrent Falls are patchwork of low brushland and wide expanses of reeds along the water's edges, with stunted palms and desert conifers clinging to the shadowside of the low hills.   The life along the banks thins and dries out quickly as the river passes into the desert proper, with hardy grasses and succulents dominating.   The deep canyons that form the approaches to the Stonesky Drainage contain many isolated pockets of rainforests in the deepoest and darkest recesses protected from the harshness of the sun.   Beneath the Stonesky, the river feeds underground fungal forests tended by their Shroomkin keepers, and a multitude of giant insects, blind fish and amphibians that have evolved to survive in the protected dark of the undergorund river-ways.
Alternative Name(s)
The Godswollen, The Blood, Old Torrent, Thulaya's Lament
Type
River
Location under
Ardi-Kokufa
Included Locations
Related Tradition (Primary)
Shadowfire - Western hemisphere
Open full size

The Verdant Gorge is a section of the Godswollen, deep in the desert wastes, that contains one of the most astonishing rainforests known.

The Stonesky Drainage is cool but where is The Gleaming City? That is my vote for an add-on. I like the background/header and layout!

Thanks George... glad you like! The Gleaming City and other spots across Sunside are gonna be my Summer camp focus this year... stay tuned:)

Great article. Not only some interesting worldbuilding with all the various factions and histories such as the damnation, but also a quite cool concept to have the river go underground for a while and create a forest there.

Great river article! I love the map and header -- the way it fades in and the theming of your CSS is great, sets a lovely mood. The river itself is really interesting too, it's great to read about the different factions and the way they help or hinder each-other. Plus I got a good laugh out of the name "Dam Nation" haha.   I'd be very interested to learn more about the final segment of the article, too. You very briefly touch on the way the river feeds these isolated pockets of rainforest, and even underground fungal forests?! That's awesome. If you're at all looking for more to add, that's what I'd certainly love.

Thanks Stormbril... I couldn't help myself with Dam Nation! The Stonesky is cool place my brain is hinting at.. I'm gonna explore that as much as I can during Summer camp

Viva la révolution!!! Down with the Fire Lords! Let's extinguish those flames of theirs...

Basically… but, those fire lords do know how to throw a good party, so they’re not all bad.