Fever dreams from a blighted mind

In the aftermath of the raid on Talon's Reach by the Fever Mound, our heroes recover with their newly found Talon allies.   They learn that the Fever mounds come from The Blight, and have never been seen this far south. The Talons are concerned and can task the PCs to investigate what has disturbed them.

The dying plants along the wake of the Fevermound can be easily followed - dead ivy on the waters around the Reach, which leads to a singed trail of dead plants. The trail snakes its way north through the mangroves, across tundra and into the tangled forests nestled the dark shadows of Hela's Crest.

The PCs may want to gather supplies from Storekeeper Kogan and ask the Talons questions about what lies ahead.   The goblins know the following: Taktuk Roostwarden will know that the forests have long been taboo for the goblins of Tokaru. She will tell them to obey the warnings of their ancestors. If she already trusts the PCS, then she may reveal that the source of the taboo is an ancient mine in the mountains called Koigua. It is to be protected and left undisturbed for good reasons. Reasons she doesn't actually know.

Day one: across the tundra

Trekking north through the sodden delta of the mangroves, the land slowly rises and dries into a foggy tundra, with small herds of Mulettes, tiny horse-like creatures about the size of large dogs which graze upon the grasses.   The tundra is broken by large outcrops of granite boulders, tufted with stunted and gnarled conifer trees on their sides. A wide and silt-filled river snakes its way north.   Thick banks of fog roll slowly across the tundra, occasionally breaking to reveal the dark and looming mountain sides to the west.

The trail of the Fevermound roughly follows the river north.

(Note: the giant vultures of Tokaru can be dominated, but this requires the challenge to have been learned from Taktuk Roostwarden, and a single individual to best it in combat without aid from others. The PCs may have learned this and try it.

Day two: into the Blight

The trail leads away from the river and up into dripping woodlands of twisted coniferous trees that climb the foothills of the mountains. The floor of the forest is a deep and dank matt of decomposing needles, small shrubs and dead tree trunks topped by frills of mushrooms of all shapes and sizes.

The trail is long and rambling, and beset by confused plant and animal life (small birds, squirrel-like mammals, large insects and bugs crawling through the needles). Any PC with affinity with nature will feel the disturbance. There is quiet agitation which grows the further north they travel into the area known as The Blight.   Numerous streams carve deep valleys down the mountain, feeding into the river. The valleys are dark, and full of twisted logs and larger and larger patches of fungus and nets of web-like mycelium. The air is thick with sweet and putrid smells. Insects abound, flying crawling, biting and stinging.

The trail opens up into 40ft wide clearing where the undergrowth has been blasted, cleared and trampled. Pools of a viscous liquid mark the ground and bodies, dead and twisted in throes of agony lie strewn across the clearing.

There are the fresh corpses (2-3 days) of four protectorate explorers. Investigation reveals that the fevermound clearly destroyed them in a frenzy, and a simple medicine check can surmise that the victims fell to its debilitating poisons.   Their gear contains some gold, simple weapons, and a small journal written by one of them. It is written in the language of the Protectorates. If translated, it reveals they were refugees from a placed called Ostfen, and had arrived at Omberstad 6 months earlier, with the promise of work for Lord Akron in the newly opened mines. They had been sent to the mines, but instead of mining they were sent to explore the southern forests of Tokaru on suspicion of Motu activity there. The writings reveal a simmering resentment towards Lord Akron and his forces who guard the mines and order the refugees around.   The most recent entry talks about having encountered living mushrooms, and they fear they are being hunted by the very trees themselves.

Encounter: Lost child of the Blight

A single Shroomkin called Jundichiglo is being assailed by others of its kind. It collides with the party, and in a panic will plead with them to help. It emits a cloud of spores which will try and charm the PCs into aiding it if its first appeals fail.   Within two rounds, its assailants - five other Shroomkin - surround and attempt to subdue Jundichiglo, and any who are helping them.   Jundichiglio can speak a bit of the language of the Motu, and can reveal the following through broken words, accented by spores that will reveal its emotions behind what it says. If promised protection and aid, Jundichiglio will offer to be their guide into the Blight. It will not join in battles against any creatures, but will help any non-violent approaches.

The fevermound trail continues to the mouth of a small Zylem well that marks the centre of Glomero's domain within the Blight.

The forest becomes darker with the tree trunks becoming subsumed by vast walls of fungus - rippling and bulging in strange organic forms. The air is thick with spores, which glow with sick green and purple lights through the gloom. The twisted branches overhead are devoid of leaves, but strung through with a tangle of web-like strands, fuzzy and almost mist-like at their edges. There is a strange and thick silence, broken only by the dripping of fetid waters.   Ahead, rises a crater rim of fungus. Its puckered ridges surrounds a dark well about 30 feet across, that drops into darkness below. From it rises an overpowering stench of rot and musk.

Without guidance, they will easily be detected by the creatures guarding it: A Fever mound, 6-8 Shroomkin and 3 giant bugs are on guard at the top of the zylem well.   Glomero will want to subdue and subsume any intruders, demand their subservience and throw them into the Rotting Depths if they fail to acquiesce. its creatures will not kill, but trap and subdue, or leave unconscious to be revived later.   Jundichiglo can lead the party to a secret entrance about 100 feet away from the Well, which lead via tunnels through the Abscula to the base of the Zylem Well and into the Rotting Depths below. Jundichiglio will enter if it can be protected from the spores that fill the tunnels, but is always at risk of being taken over by Glomero once more.

The tunnels twist and turn at random, ranging from 2-10 feet wide. The walls and floor are organic, almost fleshy and puckered with weird markings and protrusions. The air is thick and hard to breathe, and a warm and moist air pushes up from the depths.

The tunnels get bigger the closer they get to the Zylem Well, and if the party tends downwards they will be led to the base of the Zylem Well.   Glomero will become aware of their presence, and will be intrigued at how they managed to bypass its defences. It will begin playing with the characters minds through its mind-controlling spores. Sending messages and planting suggestions (come this way, follow). This will escalate into charm/domination of characters to force them to delay and attack their allies, remove any protection from Jundichiglio, or otherwise cause mischief.   If the characters resist or cause too much damage, it will send waves of insects and Shroomkin and drive them into traps which drop into the Rotting depths where they will be accosted by Slimes and Moulds.

The source of the corruption

Fetid and poisoned water bubbles up from a newly created spring directly beneath the bottom of the Zylem Well. It is a new fissure in the bedrock caused by the awakening of something within the Mines. Jundichiglio pleads with them to help close it. It requires the moving and sealing of rock, which can be achieved through well placed explosions or magic spells.   Guarding it is a massive Fevermound, that serves as Glomero's last defence. The character must contend with it while attempting to collapse the fissure.   If the poison water is stoppered and prevented from entering the body of Glomero, the Spore Mind will slowly awaken to itself. The attacks from Fever mounds, insects and Shroomkin will subside, and a newly at-peace Jundichiglio will become the mouthpiece of Glomero to thank the characters.   A healed Glomero can then let the party know, that the corruption is from a newly awakened ancient evil deep beneath the mountains. It has been disturbed by the foreigners at the Mines of Koigua.

If the party heals Glomero, it will become a steadfast ally against the forces of the Protectorates. They can provide minions and potentially arm them with spore-bombs from a Fevermound. These are highly volatile though, and carrying them is dangerous.

If the party ignores or abandons the quest, or fails in some way, Glomero's sickness will spread. Fevermound attacks will continue as far as the Reach and the Protectorate camp at the mines themselves. Over time, Glomero will increase their dominion.   Eventually the sickness will spread to the herds of Mulettes, and through them to the Giant vultures themselves. Glomero's fungal army will then spread out over all of Tokaru, but by this stage the forces of the Protectorates will have become aware and attempt interventions which may stall the spread.   This path may lead to Annika Lux advising a quest to the Ferment to seek advice from the Overmind and Undermind of Glimmertown.
Parent Plot
Gobbo Squad 2: At Talons Reach
Related Characters
Related Locations

Jundi is a lone Shroomkin, who usually lives within but has become estranged from the Spore Mind Glomero

A venerable old goblin woman, nearing 100 yrs, who runs the Roost at Talons Reach and was instrumental in the resistance against the Protectorates 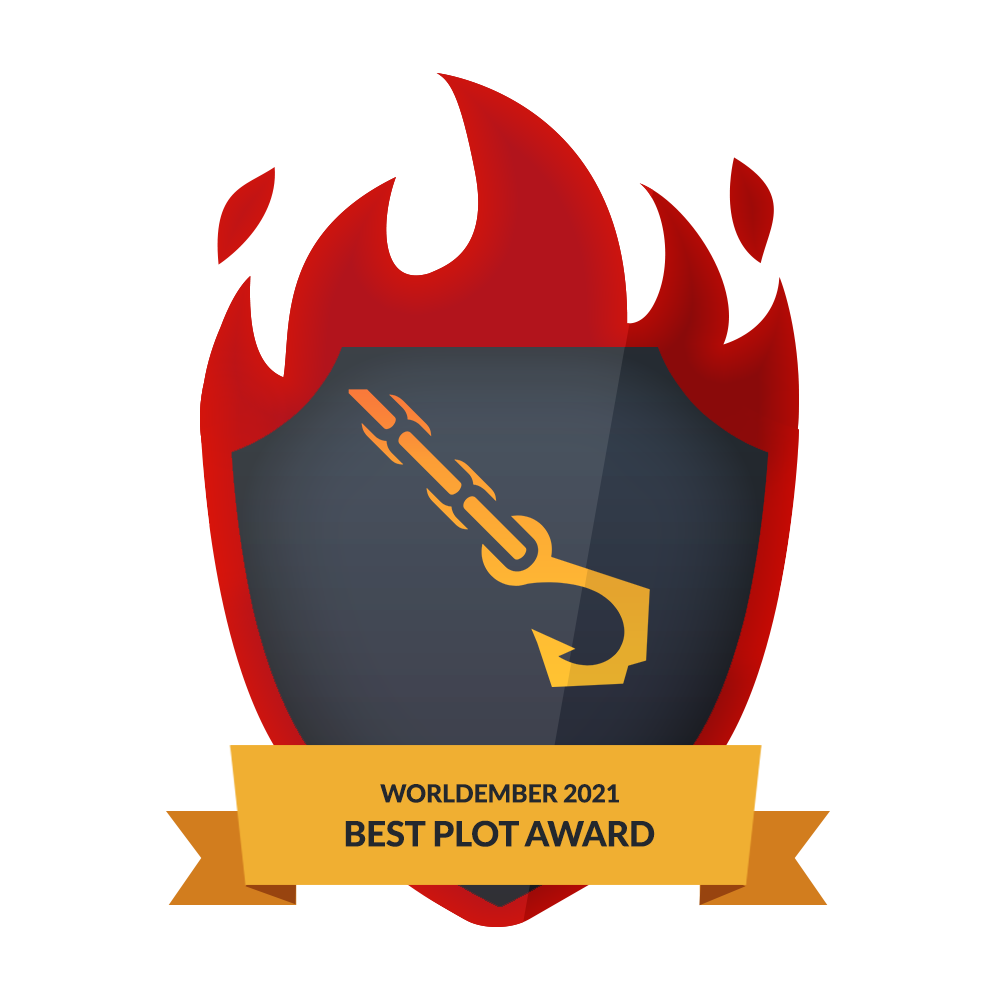 Hi!   great plot, I like the idea of Jundichiglo to be a guide that needs protection and who can also get turned over to the other side any moment. I miss a map, and if it's even a simple sketch from one of the explorers.   You have some typos in there you might want to fix:

You may find more stuff further down the article.   Tip: change the font of the article link mouseovers blocks to a serif font, too.

Thanks Tillerz for the kind words and for the detailed proof-read too... I'm so aware I need to review most of my WE work in detail... i'm a bit all-thumbs when knocking them out, and was treating Worldember as a 'get it out' exercise... Not sure rules of comp, but if i edited this now would that bump me? Might just wait til Feb if thats the case. Thanks again :-)

The only one judging you on this plot is me, as this is my sponsored prize category. X-D

Also you might want to make the bullet lists in comments smaller, look how large my list displays... :)

yeah, I noticed that! Irony is, I did CSS for a living for 10yrs (a while back now though), so delving into Dev tools always feels like the opposite of creative outlet for me... I'd rather be writing... but i will attend to it eventually of course... eye starts twitching. ;-)   ps:Then i will make no actual substantive changes... just basic typo edits. i trust you will judge accordingly, thanks T...

Thanks Tillerz, all done now :)