A nation of Zealot’s, established as a theocracy by its founders under the influence of Veera after her turn to the side of the Stenok and took the moniker of a Hindrance. There are some small homesteads and people living alone in the forests and wildlands outside of the main settlements of Song, Bliss, Origin and the village of Oxbow. Other small settlements exist along the main roads of the nation, but people rarely leave the safety of these paths. Thul rule is essentially non-existent outside of their patrols, due to the dangers of living off the land in the Region of Acre and an abundance of violent wildlife like bears, wolves, cougars and more.

The Archdeacon Council claim to be total rulers of Thul, and are by law, but the Barons play a large role in the council’s edicts and passing of laws. Being the people who bring money, wealth and sustain their power in the continent of Insennis, they are often times the only beings permitted to approach the council with advice or question. Rarely are they listened to, but it has not been unheard of for a Baron to manage a tax be lifted, a life sentence be swayed.

In the cities and villages that fall under Thul might, religion is strictly enforced and pushed upon its people via government mandates and non-negotiable prayer times. Church attendance is required, and a basic knowledge test must be passed bi-annually. The Archdeacon Council rules over the people from Origin, using Holy Guard of Thul as their strong-arm and police. The council’s word is law. Once spoken the scribe’s record the words of the council in perfect accuracy to be printed and reproduced around the territory.

[There are no elections in Thul, leadership is given by the council. When a member is near death or is taken unexpectedly, the statutes are enacted upon and a new member is chosen from a list formed of the highest ranking members of the clergy and business goes on as usual. Often times the barrons come into conflict with the deacons, as the barrons run and operate the mines, tobacco farms and fur mills needed to keep up trade for important resources and seeds for each year's harvest months.

The Deacons wield the power of law and punishment, while the Barrons hold their share of sway over the Zealots. The Guard of Thul is the only organization permitted to act upon the council’s behalf.


The Influence, The Church of Thul

The Influence of Yidul is the official name of the religion of Thul. Often times referred to as The Church of Thul or just simply The Influence; it comes from the truth of the founding of the religion. Akata and Bor, lieutenant to Stenok, managed to corrupt Veera into becoming a Hindrance and using her to create a belief in men, used to strip them of their will and harvest their souls for Stenok under the guise of living harshly in their mortal lives equates to a happy existence with Zhizn upon passing on. This is, of course, a lie and a scheme.

The Archdeacon Council is the supreme and highest authority in the nation and church, with various cardinals under them leading each city individually, who in turn have their own vassals and clergy to carry out their orders and finally at the lowest level the priests who preach both scripture and new legal decrees to the public.


History made by Veera

The Hindrance of Belief arrived Acre disguised as Yidul at the behest of the Akata and Bor after her fall into corruption. Coming to the men early, soon after their initial arrival and landing on the Eastern Island, they were in awe of her grace. Her words entered their minds and they knew what they must do. Taking the name of Thul, after their original homeland, they created the Archdeacon Council and settle what becomes Origin, soon expanding to Song. With the discovery of the abundance of iron ore Oxbow is founded and soon after leads to the evolution of Resource Barons in the society, who soon after go to found the Bliss on the edge of the territory, to be free to their devices away from the council, who tends to overlook their transgression as they rely on their wealth to maintain power on the international scale and protect their borders.

Veera in disguise as Yidul holds power of the Archdeacons, who hold power over the church’s clergy. The barrons dare not interfere with religious based laws, while they may not in legislation of a more operational fashion.

The currency of Thul are small, bronze, silver and gold coins forged by the Nation to be used to barter with, pay wages and in exchange for goods and services. Each coins face bears a resemblance to the two founders of Thul, the Master on the Silver coin, The Student on the bronze, and Belief in disguise as the Patron upon the gold. The reverse face of each coin holds an engraving of the Thul coat of arms and the date in which it was minted.

Main settlements surrounded by field of crops tended to by Nation farmers, under government pay. Many homesteads and private farms exist off roads and maps where families go to be alone and away from the dogma of Thul. These people live a largely subsistence lifestyle and occasionally barter with other nearby families. Common crops include wheat, corn, pumpkins, peppers, tomatoes, parsley and other herbs & spices, tobacco and more.

They herd cattle while keeping poultry and pigs as alternative food sources. They keep dogs and cats as pets, along with the occasional small rodent/mammal as pets as well. Horses, donkeys and bulls are used as transportation and beasts of burden to assist with farming, trade and other various activities.

Biggest export is weaponry as a product from their iron industry and fur’s from the hunting in the winter and rain months by the farmers looking to make some extra gold as the new farming season begins. Many people who live off the grid simply barter for goods and services while the government and people in more populated areas use coin for trade and power.

Mining iron found in the foothills of the Northern Aleyn Mountains is the biggest industry under Thuls grip, with tobacco farming in the southern parts of the region coming in second, followed by export of arms made with Thu’l steal and furs from trapping wild game.

Most hunting and fishing is done by the indigenous peoples of the land who live far away and hidden from Thul. Some fur trading is done on a large scale in Bliss by local hunters. Commonly hunted or fished animals are salmon, trout, pike, bass, deer, squirrel, bear, boar, various game birds and more.

The Nation of Thul only offers a hard life and harsher upbringing. Most folk of the region know what wild plants are edible or not, along with basic use of them for medicinal purpose.

The Men of the East evolve on their home islands alongside the rest of life on Mir.

The Men of the East come in their ships and land on Easter Island, soon moving onto the shores of the Region of Acre on the continent of Insennis . Soon, the Seraphim Veera comes under the cruel misguidance of the l'Gota Stenok , and influences these men to create a great nation in her image.

The Zhizn choose to experience life as a mortal, and takes the form of Hobbes . Hobbe's, along with Wee and 4 others form The Grateful Six and set out to found Village of She'edu 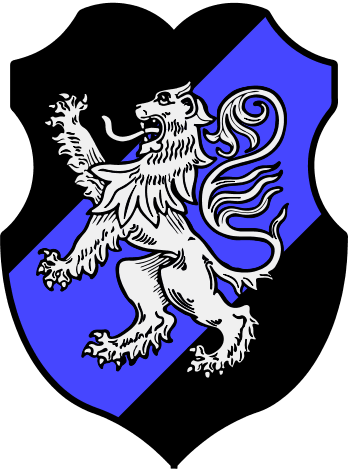