Seva is a republic located on the western side of the Aleyn Mountains stretching across the northern portion of the Innerheart and encompassing all of the Grasslands. It was initially settled by the survivors of the War of Souls that emerged from the caves of the Aleyns into The Grasslands. Once establishing themselves as a sovereign power, they began to expand into neighboring territories and by the Third Era became the largest sovereign power on Insennis. They have frequently come into conflict with the Nation of Thul due to their efforts of trying to expand into the region.
They have been in a state of open warfare with the Tu Empire for nearly 200 years.

The Republic has a House of Senators, with each province having equal representation. The representatives are voted into power by the people, along with many other elected officials in charge of law making.

The Republic of Seva is considered to be an overall fair and just society, treating their citizens as best they can. They are not without their own issues, as most territories on the Planet of Mir, but have managed to withstand the test of time better than most. They offer many public well-being programs and options, and sponsor many start up farmers in the Grasslands. This has lead to many smaller territories throwing in with the Republic and adopting their name and traditions in an effort to gain some sort of stability against the harsh continent.

Sevan currency are small, silver colored coins in varying sizes. They are typically referred to as 'pieces' and there are five different types. a 1, 2, 5, 20 & 100. They typically are stamped with the current head of the Representatives, or past delegates of fame. While coinage remains the default way of trade in Seva, there has been a push to switch to a 'paper' money in the future.

Their control over the Grasslands of Innerheart, and the fact that they make up a large portion of the territory they control combined with their farmering incentive programs ensure they have a constant surplus of food ready to be export to the nearby, struggling smaller nations. The fields are said to stretch for miles, with rows of golden wheat, corn, fruit bearing tree's and much, much more.

The Republic has a vast trade and diplomatic network across Insennis. They are the number one exporter of food and food products on the continent, and are relied upon by a few of the smaller independent territories. They are currently seeking to take and secure the Gap from the Nation of Thul in an effort to expand their network and ease the current weight on their economy.

Not all of the Grasslands is put towards the growing of crops. They designate a portion of this region to herding cattle and raising livestock such as pigs, chickens, cattle and more. Many wild herds exist throughout the open and unused portions of the plains and are utilized by locals as well for hunting and starting herds & farms of their own.

The cave-tribes of the late First Era began to emerge from their safety in the Aleyns and build standing structures in the valleys and low hills of the area, slowly expanding and eventually reaching the Grasslands of Innerheart.

In the early Second Era Seva had come into being, being a small state of power holding a portion of the Grasslands. The abundance of fertile land lead to a prosperous trade boom for the early nation as they began exporting much of their excess to other nations nearby.

Much of their expansion took place in the mid to late Second Era. This is the time period in which they expanded westward to the Wall, with many of the smaller power in the area willingly joining the fledgling republic.

In the Third Era the Republic of Seva is starting to feel the strain of it's large territory and the upkeep required, along with a myriad political relationships and agreements to uphold. Many of their cultures within their borders have begun to come into conflict with one another as ideologies clash, requiring further expenditure on policing and guarding their population centers.

In the early-middle of the Third Era, Seva and Thul came to blows and the Seva-Thul Border Conflict began. The war was fought of the territory of The Gap, a strong natural bottleneck and border which requires many trade routes to go through it. Towards the end of the conflict it saw a push by Seva deep in Thul territory taking the Threat of Mercy and driving a wedge between the Region of Acre and Zjin'au Territory. 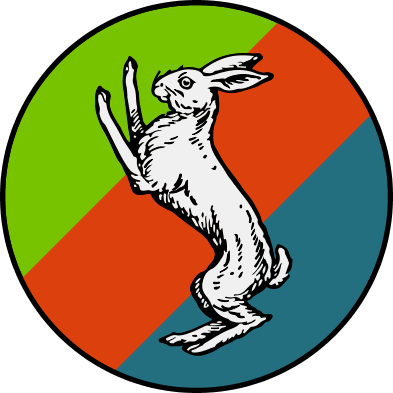