The Grateful Six was a band of six adventurers of different backgrounds to found the infamous and first of it's kind, the free-settlement of She'edu. Lead by Wee, their voted Pathfinder, Twitch, his sister Bean, Hobbes, Fan, Clyde went off to cross contested territory in the Seva-Thul Border Conflict and dare to tread the dangerous swamps of the Zjin'au Territory. The Nation of Thul pursued the entire way, and has created problems for the settlement on a routine basis, while the Republic of Seva has offered help in the past in an effort to gain the upper hand and move further into Thul territory, solidifying their recent land claims.

The group come into contact with one another slowly over time by all being patrons of the same bar, The Lonely Bard Inn in Bliss, owned and operated by Beauregard Woodrake. It was Bean and Twitch who convinced the other to begin their secret meetings at the far table late into the morning. They plotted routes and planned rations, gathered defenses and gather their coin. Soon they would be leaving south to found their own settlement in Zjin'au Territory, a region known for its hospitality to outsiders.

The group heads south towards Zjin'au territory, attempting to cross the growing warzone created by the reignited Seva-Thul Border Conflict. On the outskirts of the battle grounds they come to a small Thul village of Advantage under Sevan occupation after the local garrison fled to area. Under group vote and with Wee's direction, they set up camp nearby for a week to aide the locals effected by the conflict, resulting in The Grateful Six coming into direct conflict with the Nation of Thul for the first time...

In the dead of night the group attempted to enter a small clearing in thick woodlands of the southern portion of Acre. It was here that a small scouting part of Thul Nation soldiers managed to intersect our faithful group of six and managed to capture in the ensuing conflict, the cover of darkness ever on their side. By dawn break the calamity had calmed, and Fan and Hobbes were nowhere to be found.

In the weeks it took Wee to make it to Origin and attempt a rescue, Advantage had once again come under siege by Thul. Their successful ambush of the Six had influence their decision to lay waste to the small village and their own people, in an effort to punish them for their siding with Seva and Wee. The village is inevitably lost.

The now large expeditionary caravan leaves the ruins of Advantage and begins to, for the second time now, make their way south in Zjin'au Territory. They travel for many days and weeks as they scour the edge of the Eru Forests for the road leading into the dangerous swamps. Zjin'au is known for being impossible to navigate and not even Wee dare tread off path without reason.

The now large, 100+ person group of people slowly enters the swamp and begins to hunt for a place to settle. They split up into smaller groups and establish a base camp as they begin to explore the surrounding area and soon come into contact with the local Zjin'au Inlanders. These indigenous people offer help and aide, and help to point them to a location ripe to settle. The group reforms en masse, and makes their way to a promising location.

After weeks of planning at the Lonely Bard, word gets out that a group of 6 people had been meeting in hushed manner late at night in the far table of the small bar on a routine schedule. Agents of the Thul Nation were tipped off and showed up in an effort to capture the would-be traitors, but unknown to them Wee had managed to convince the group they needed to leave sooner than expected and began to make their way south through the Seva-Thul conflict zone and into Zjin'au Territory.

Soon after the Grateful Six had settled in to life in Advantage for their short stay, the Nation of Thul mounted a counter attack in an effort to retake the city from Sevan control and freedom. In the ensuing conflict the group made a concerted effort to help support and defend the small village, but were quickly overcome and forced to flee with the remaining villages-made-refugees. In the escape attempt the are ambushed early the next morning by a detachment of the Thul nations main forces, and taken to Origin for holding.

In the aftermath of the capture of both Hobbes and Fan, Wee made the decision to go free them on his own and departed for the Thul capital of Origin. The Six was broken, the remaining members deciding to return back to Advantage and offer their support until the group was made whole again. Wee came into great conflict in the city of Origin, narrowly managing to escape with his two friends.

Wee arriving the morning after the final battle with a broke and bruised Hobbes and Fan, only to find the other three of the group hiding in a small cave just out of what was once the edge of the old village. In everyone's happiness of being reunited, the group is happened upon by the surviving villagers, who join their cause. The new expedition names Wee their Pathfinder, placing him in charge of finding their way to safety and a new home.

10. The Republic of Seva

In their journey, the caravan of Six manages to intercept the Seva commander that helped them defend Advantage on their first time to the settlement. When the commander learned of Advantage's fate and Thul brutality against their own people, he made it his express mission to safely escort the survivors along with Wee and his party to their destination in the swamps.

Upon arriving at a location next to a small river in a small clearing amidst the dense, Zjin'au Territory. They quickly separate out into working groups and take up various tasks. The Sevan defenders establish a crude, wooden perimeter wall, the refugees begin establish local communal areas such as the longhouse, bathhouse and cafeteria while Wee and the Grateful Six helped to guide and steer the construction of the new settlement. Upon the completion of the outer wall, the town had a meeting and they chose a name: She'edu. Soon they began to trade with the Sevan government and local tribes and their hardships waned...

After months of toiling away and establishing themselves, peace had come to the group. The Sevan officials allowed the Defenders to stay, as became their title over time and peace finally rested with a strong sense of safety.

One faithful morning, however, came the Nation of Thul in full arm and regalia. They intended to punish the traitors and foreign enablers. The Nation had sent the same commander in charge of the destruction of Advantage, and a long awaited grudge match ensued. The attackers attempted to siege She'edu, but the thick swamp and little experience of the army stood little chance. Their troops fell to both ailment and sickness & arrow and sword.

The local tribes began to pester the rear of the Thul forces, stealing supplies at night and staging ambush's of local patrols. All the while incoming trade convoys from Seva spotted the approaching army and turned back for help.

As the Nation of Thuls persistence and resources managed to slowly overcome She'edu and the locals, reinforcements from Seva arrived in time to relieve the settlement. The military was flanked from behind in a brutal lightning quick assault by the Sevan troops. It was soon over and Thul had no survivors. 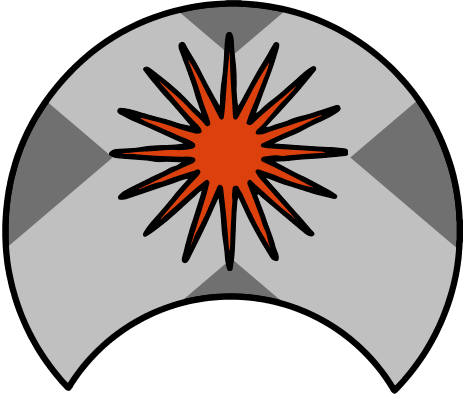