Garin Harford (a.k.a. The Wonderer in Black)

With his family gone, Wee was content to roam the continent in search of work and survival. It was when one of his routine jobs had him cross paths with a Shadowight that he acquired the Sword Anuin and became cursed by the Right of Death to live for ever, in constant pain as his body tried to decompose having lived past it's natural limits.   In his despair, Wee met Hobbe's and the other founders of the Grateful Six and was voted by other members to be their Wayfinder. The one who would lead the to both freedom and redemption and away from the Nation of Thul.

Meek and frail. Wee's curse keeps his body in a constant state of degeneration and regeneration in a brutal cycle of decay and rebirth.

Pale skin and boney protrusions. His fingers are wracked with sudden twists and turns from being broke multiple times over and he walks favoring his right side, evidence of a past injury.

A long faded tattoo on his inner-right forearm, long since blurred beyond recognition. Wee claims to not remember what it was.

A basic black commoners gi, with a large, oversized black poncho over top to hide his blade and frail body. A large, circular black straw hat is used to hide his distinguishing facial features.

He carries Anuin, an ancient sword and artifact of Death, the theft of which is the reason for his curse of immortality.

Wee was born as Garin Harford, a Thul-born citizen who's family escaped to the Innerheart through The Gap and then established themselves as nobility there. Garin often sought after thrill and adventure, and was well known by his peers and neighbors as a prankster, sneak and mischievous fellow.   It was some time in First Era, some 15 years after his family settled into their new land, that tragedy befell the family. A rival noble family had managed to hire a local mercenary gang in secret to assault the Harford's Estate and were successful in slaughtering everyone there but Garin, who managed to escape through the chaos.   Garin became a wanderer, forsaking his name and adopting the simple alias of Wee. While in mourning for his loss, rage built and soon he sought vengeance against his families murderers. He began taking odd jobs as hired muscle and tomb-raiding to make ends meet and make progress towards his goals of revenge.   In this work he inevitably took the job that would forever change his life and the world around him. He found himself in a ruined city, facing down with a Shadowight commanding a small troop of Mo'or soldiers. Upon slaying the wight and claiming it's weapon as his own, the Right of Death appeared before him and accused Wee of theft.   It was this accusation of theft of the sword that belonged to the wight, given to it by Death himself, that brought the curse of immortality to Wee. He fell into his despair and depression and became a drunken wanderer, all but silent in his travels, while legends of his victory and heroism against the wight grew around him.

The death of his family weighs heavy on his mind, along with his curse bring physical pain; it is not unheard of for Wee to go days without speaking.

Eager to avenge his families deaths and remove his curse of immortality.

Unsettling quiet, often to the detriment of his allies.

Wee is dirty, his clothes constantly covered in the previous campsites dirt. He rarely finds time to thoroughly clean or wash, although stops by streams and ponds when he can to refresh himself and contemplate his next move near calming waters.

Very apprehensive of deities of any kind.

Quiet and off-putting to most, his experience is carried on his shoulders and easily recognized by most.

Wee's only posession of value is the Sword Anuin, an ancient, enchanted blade used in the Engellic War and given to a Shadowight by the Right of Death. 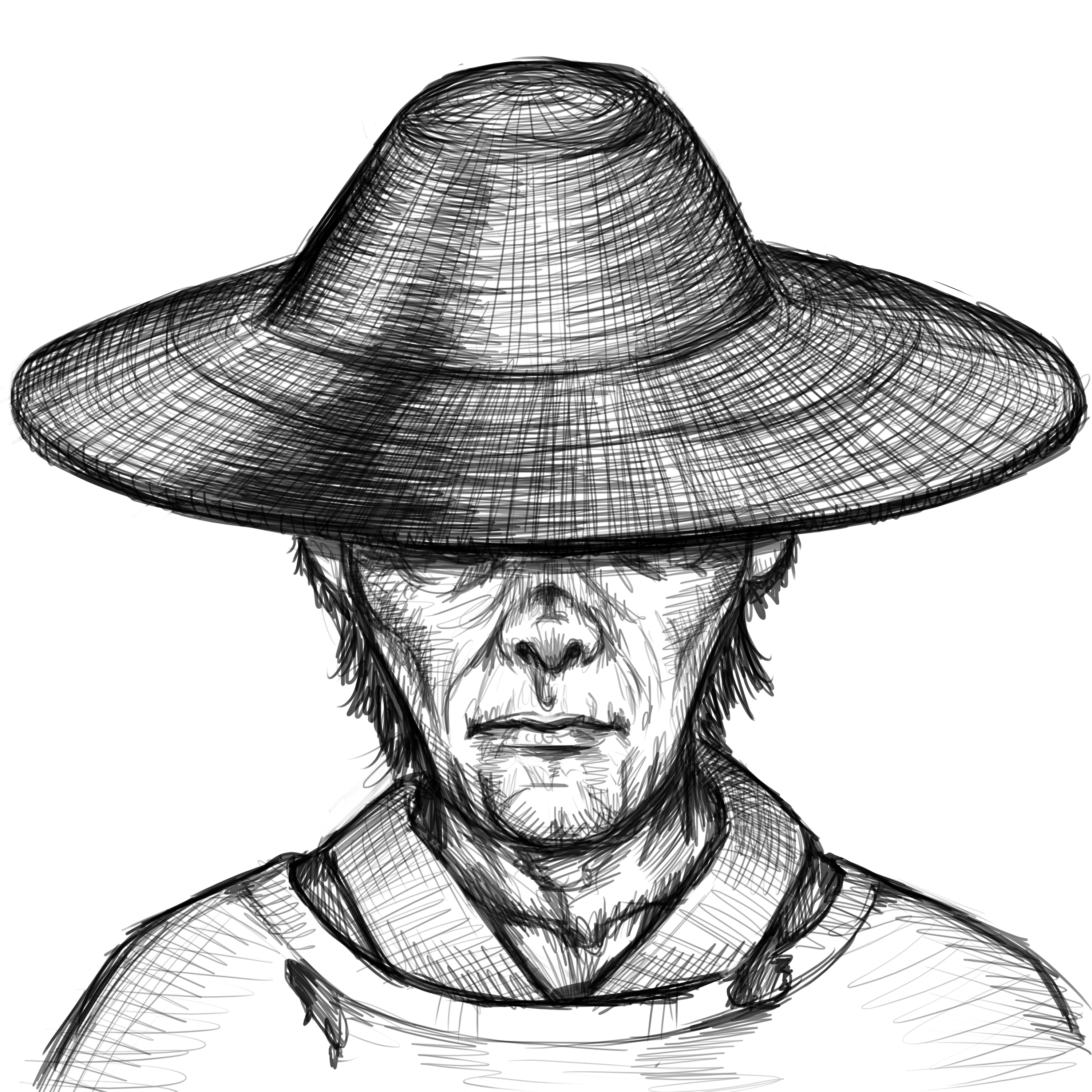 Remove these ads. Join the Worldbuilders Guild
The Grateful Six