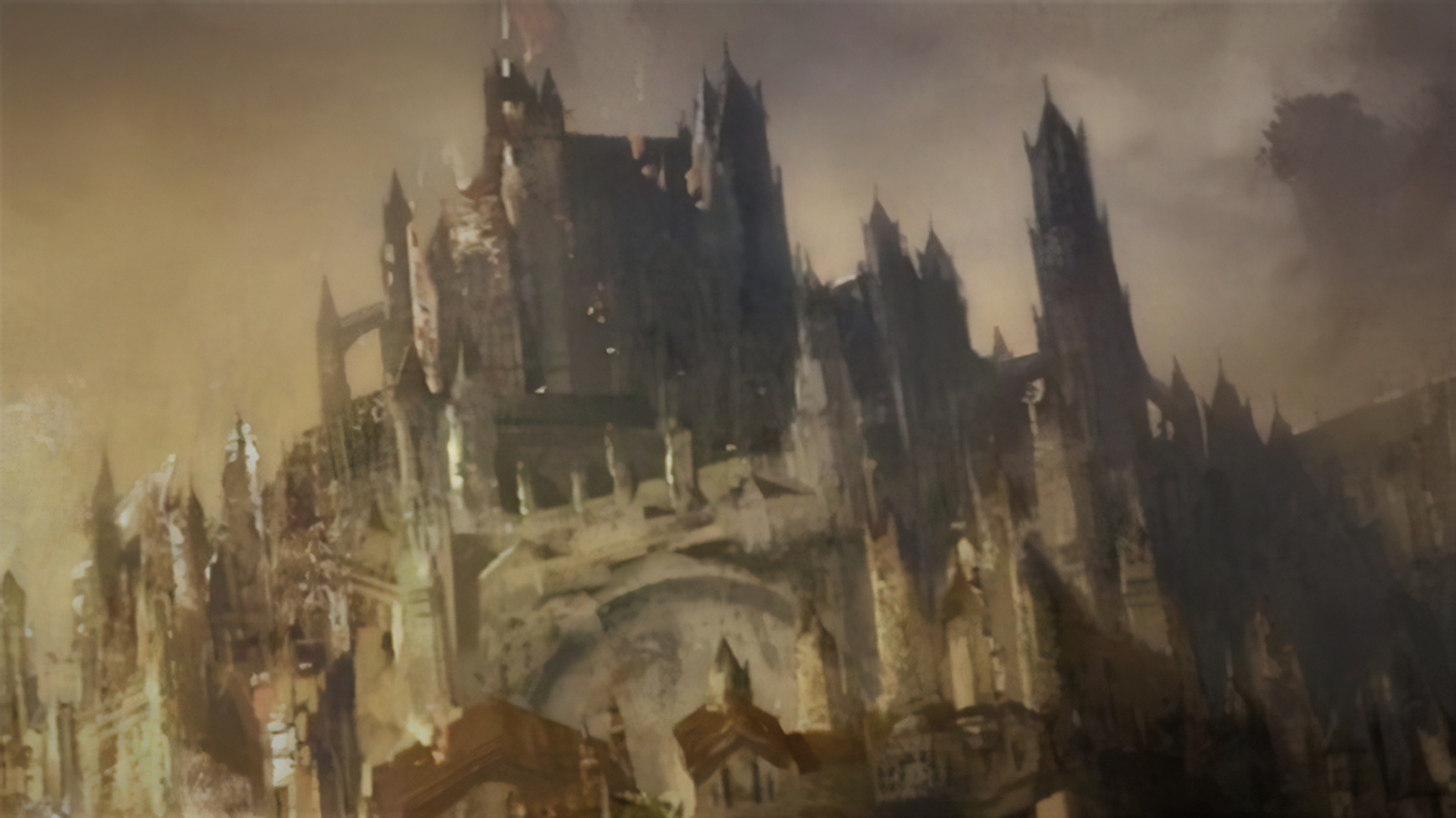 ...and Dawnstone stood upon its hill, as it always had, like a shining beacon for weary travellers.
— Hajar Stoutsong, famous Dwarf adventurer

The running of the city is left to the Dawnstone Council, a small collection of high ranking individuals from various sectors of work. The council usually consists of the General of the Dawn's Guard, the Chief Lawkeeper, the Warden for the Midnight Stockage, the Ambassadors for Khul Boldir, Rattlebottom and Irallien, a nominated Archmage from the Radiant Tower along with high ranking members of the Trades Guilds. Major decisions and those that would affect the world as a whole are taken to the monarch, King Rowun.

Three large walls, made of majestic whitestone, protect the city. One encompasses the Palace District right at the heart of the city, another a few miles further out and the last, and the largest, guards the outskirts of Dawnstone. The nature of these walls indicates the growth the city has experienced over time and the walls themselves have been sometimes referred to in the same way tree rings can tell the age of a tree.

Dawnstone's major exports are the whitestone mined from the surrounding hills along with enchanted magical items created by expert mages dwelling in The Radiant Tower. Ores and metal generally have to be imported from the Dwarven lands in the west, though.   Being the largest city in Aldenia, it attract all sorts of folks and has a thriving trade industry within its walls.

During the Cataclysm Wars

Dawnstone's strategically defensive placement made land assaults difficult for the Dark Council's forces. There were attempts, of course, but largely used as a distraction technique more than anything else. It wasn't until the dragons Cieris, Dreadfang and the most dangerous of them all, Mohzall entered the fray that Dawnstone faced a test worthy of their defences. The aerial attacks from these winged beasts bypassed the uphill struggle the land armies had to face. Though, Dawnstone had faced both wyvern riders and undead wyverns, under the control of the Lich Vaedrin, so they were not caught off guard by these sterner tests. Heavy ranged weaponry, courtest of the Gnomish inventors of Rattlebottom adorned Dawnstone's wall and The Radiant Tower held the greatest concentration of skilled magic wielders anywhere on the continent, who ultimately deterred these beasts.

Due to managing to get through the war relatively unscathed, structurally, it did not take long for Dawnstone to be at full working order. The Outer Wall needed significant repairs but the rest of the damage was superficial. However, since humans are the most populous of all the races, so were their losses, which left power vacuums across the land and within Dawnstone, including right at the very top - the throne. With no heir and no siblings, the death of Randall Lothrun at the attack on the Dark Council meant there were several distant relatives with legitimate claims. After months of arguments and a few minor skirmishes and even an offer made to Aregos Falstar to rule instead as the Dawnstone Council deemed none of these fools bickering to be worthy to lead their own house, let alone the whole region.   It was a sentiment Aregos shared, but he politely declined the offer and helped settle the dispute through research. During this, hefound out that Randall did in fact have a son. With Pelor's guidance, he located the true heir in the Temple of Pelor itself. Much like Aregos had been years ago, the mother of Randall's child had left their child at the Temple. This story was shared upon the announcement of the new king, King Hather Lothrun, and even if anyone could bring themselve to challenge Aregos, the human race's greatest hero, they certainly could not challenge the seeming will of Pelor himself. There were still muttering of course, mostly about inexperience and lack of knowledge about the royal ways and how to govern but much to the surprise of many, Dawnstone prospered under the guidance of The Orphan King, as he became known.

Built upon the largest of a series of rolling hills, Dawnstone can be seen from miles around, but also provides it with a useful defensive advantage.

Dawnstone's famous walls are built from 'whitestone', a unique rock found in the surrounding hills. A large portion of Dawnstone's profits come from the export of this material.

It sounds like a pretty place! Would love to see some art to see what you had in mind.

I wish I was remotely skilled in that area, would really help these pages but alas I am not haha. But thank you, I'm glad it came across in prose, at least :)

Dawnstone is pretty interesting, as it's clearly a place of history and trading for its precious "whitestone". It remebers me the "porcelain and salt-firing ceramics producing cities". I also really like the fact that it's on a side a capital, but also a place of raw resources producing (raw whitestone) which is extremely rare if we compare to our world uhuh.

Thank you! Although most of the trade of the stone is handled in Dawnstone, the production and mining occurs in the villages nearby, so it's a bit of both worlds, yeah.

Interesting! It sounds like a pretty place, I wonder what the whitestone looks like. I like the demographics, gives a lot of info without clogging the article in details.

If I develop my artist skills, I may one day be able to add images. The nearest analogy in terms of the walls at least is Minas Tirith from Lord of the Rings and then the general architecture instead is standard medieval/renaissance European. And thank you :)

I loved the place. I'd love to know about more of the sustainability of the place, what they eat and how they have their fun.   Great article friend! Also may I recommend using a table for percentages and population? It really can help clean up a bit

I'll be sure to think about those and add them in at a later date.   I wish I knew how to tables, but sadly I have no idea how to code outside of the buttons presented in the first place.