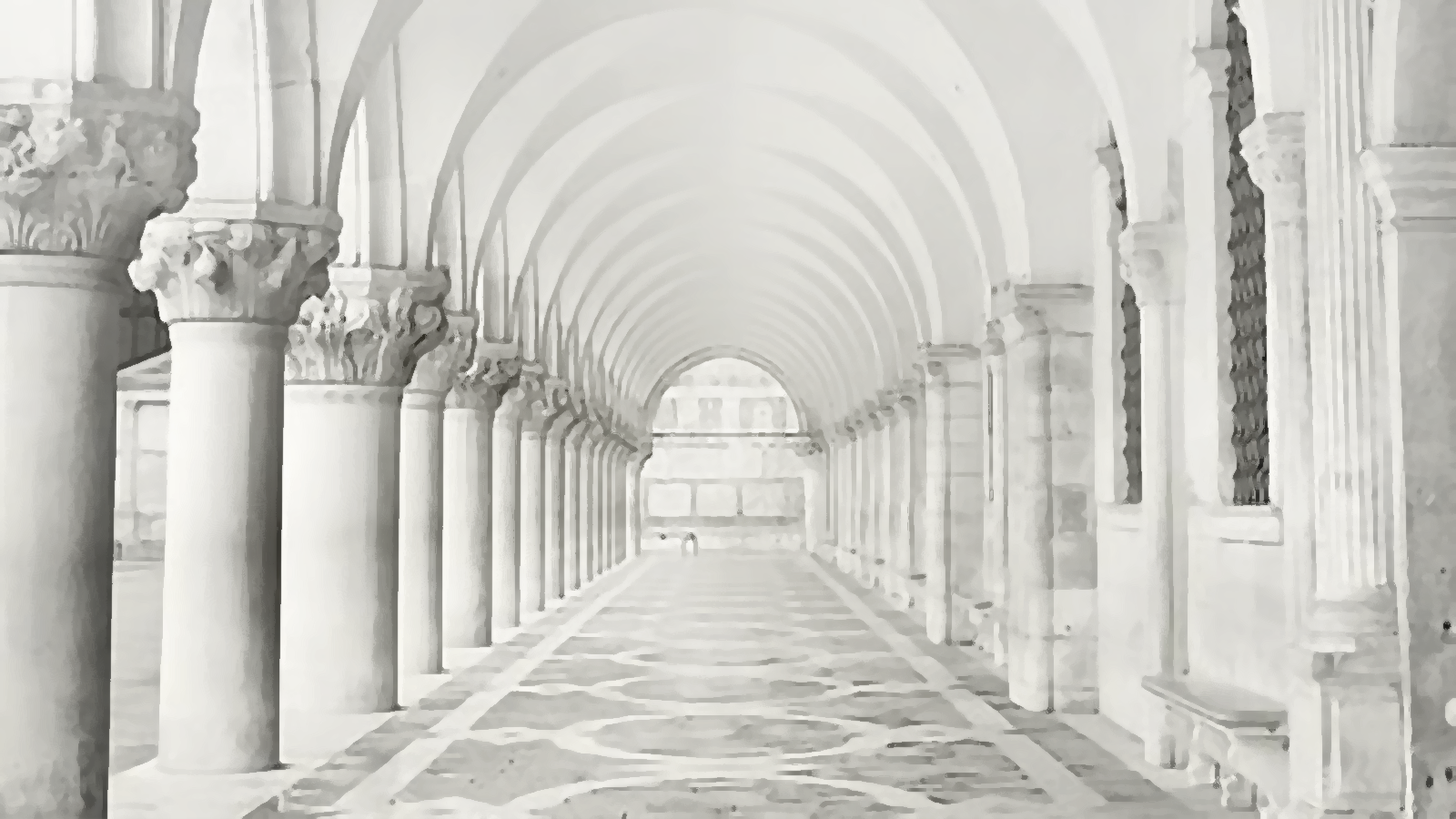 The majesty of Dawnstone Palace is further enhanced by the morning light, as if the world was experiencing a second sunrise.
— Hajar Stoutsong, famous Dwarf adventurer

Whitestone comes in two forms, pure and rough. Pure whitestone, if directly reflecting the sunlight, can be extremely dazzling. Enough so that it forces most people to avert their gaze. Rough whitestone is slightly duller in comparison, containing small amounts of other stone in it. These other materials within are interwoven perfectly within and as such the stone itself is a bit rougher to the touch too.

Both varieties of whitestone are sturdy stone materials, but can be shaped into pieces of art. Rough whitestone, with its slight mix of other stones within its structure is a bit tougher, which is another reason why artists preferred to use pure whitestone for their statues and other pieces. The whitestone walls of Dawnstone have been durable enough to repel many an invasion over the ages.

The only source of whitestone in Aldenia is within the hills to the north east of the human capital of Dawnstone.

It is said that in the early days of Axona, the world was in constant turmoil, under siege from the Primal Dragons. When the Primal Dragons were eventually imprisoned in their respective Planes, the citizens of Axona were free to start building their civilisations without the immediate threat of being instantly destroyed by rage filled beasts.   On the continent of Aldenia, the human leader discovered whitestone in the hills of the eastern regions and decided that this material would be the most worthy to build a grand palace out of. Holdan Lancius entrusted the design of what would become Dawnstone Palace to Baltazar Fenari, who is now regarded as the first true great artist. Mere months later Dawnstone Palace was attracting Holdan's people, forming the city of Dawnstone as the numbers grew. With a city to call his own, Holdan became the First King of the Humans and the Lancian Age was truly underway.

As the boundaries of Dawnstone expanded a new wall had to be built and this too was decided should be made of whitestone. The Archmages of Dawnstone were originally given an annex of the Palace to study and work in, but that space was quickly filled and it became apparent that they should be given their own building altogether. In response to this, the magnificent Radiant Tower was built, rising high than any building that came before it and none have ever since. This wondrous spire was too built from whitestone. Other notable buildings that were constructed from this material in the early stages of Dawnstone were the Temple of Pelor and The Temple of Lathander, gods associated with the light and the dawn respectively. After this structures were erected, the realisation came that this form of pure whitestone was running low. As such, no other buildings have been built from pure whitestone since the First Wall was finished. Pure whitestone has only ever been used for statues and trinkets, often given as gifts to friendly Kingdoms.   Naturally, Dawnstone swelled in population even more in the centuries that followed. The Second Wall was built out of 'rough' whitestone and then many centuries later as the diameter of Dawnstone doubled once more, another rough whitestone wall was erected - The Outer Wall. From a distance these two walls still capture the light's reflection in a way that mesmerises onlookers but the First Wall and the pure whitestone building at the core of Dawnstone shine the brightest.

Holdan Lancius and his adventuring party first discovered the stone hiding in the hills of eastern Aldenia. It was initially used by Baltazar Fenari to construct Dawnstone Palace for Holdan.

Pure whitestone is very rarely used in current times since it has nearly been entirely depleted. Rough whitestone is still rare, but affordable enough for people in the upper classes to buy or employ a craftsmen to build a statue out of, for instance. It would still require an immense amount of wealth to be able to afford enough to build an entire structure out of.

The Archmages of the Radiant Tower only recently discovered how to remove the impurities of rough whitestone. Even then the largest block successfully refined to pure whitestone only measure in at half a foot in each dimension and took a significant amount of energy from the Archmage that performed the spell. At the moment, it is not a viable method of production. Also, since only one Archmage has the knowledge, this conversion spell is not available to the public either.

The Dawnstone Merchant Guild is the only official seller of this product in Aldenia. As such, the sales of this stone have contributed to a not insignificant portion of Dawnstone's profits over the ages.

There is no written law controlling the sale and purchase of whitestone, as such. However, since their only one official seller, all business must be undertaken through them. Any other sale would technically be a black market sale and therefore, illegal.

Was there any symbolic reasoning for the humans deciding that it would be the worthiest stone? That seemed like a really interesting opinion to reach.

Just that it was unlike anything they'd seen before. It's only symbolic in the way that it still is in the current day in this world - it represents the dawn.

Ah! That makes sense. Definitely a clever touch then.

Interesting reading - I like the bit on the modern refinement; there's got to be a plot hook there for a great story. Perhaps flesh out the Discovery section a little bit more, for such an impressive material there surely would be more of a conflict (even an economic one - think Gold Rush) on obtaining this new wealth?

Considering it was found after years of turmoil, the only things the people of the world were searching for were peace and stability.   As for that hook... maaaaybe.

It reminds me of Whitestone from Tal'Dorei :D Wonderfully done- and detailed!

So not only do you share my theme, but you potentially share my love of Critical Role. Let's be friends :D lol

Of course, Critical Role is what got me into D&D, which meant I had to build my own world to DM in. This is said world. [PS. A week without CR? Not fun]

Nice! My own world using the Oppulent them is the same ;) Introduced my hubby to DnD and he wanted to play but we could never find a way... It initially started off as a Xandria spinoff, lol.