A wealthy Sardivelian of the Rosso noble family who dreamed of overthrowing Paoli Piedmonte in the late 890's. He obtained a valuable magic relic and recruited a band of adventurers to amass wealth and power, but his plans fell apart as his group fell into conflict with Gameth's Royal Knights Brigade. He was apprehended in 897 and executed by the Sardivelian government for sedition against Paoli.

Giovanni was a playboy nobleman from the Rosso noble family. After Paoli consolidated control over Sardivelia in 881 he began roaming Pescaliat to party with bards and aristocrats away from the scrutiny of Paoli's regime. In 896 He agreed to escort a band of adventurers working for the revolutionary group known as the Characters from Silvio to Oridelfa for their next mission after being seduced by Elan Quinn and Veridan Solidor's charismatic performances. Once in Oridelfa he convinced Veridan and Amara Fireheart to help him obtain an enchanted spyglass from some kenku pirates under the Silver Beak banner for a great deal, igniting a dream in Giovanni's head of overthrowing Paoli's cruel regime.   The enchanted spyglass helped Giovanni see the true price of any nonliving object, allowing him to amass a large fortune in a matter of months with a handful of business deals. The spyglass also led him to discover that the dwarven relic known as the Iron Flask of Thorvald could be used to contain and defeat the Sunken God. He used this knowledge to recruit a band of adventurers, sailing around the Strait of Myltev with only a couple of minor setbacks (you don’t want to hear about the run-in with the oni). His band of adventurers, the Sardivelian Brigade of Knights, failed to defeat Thorvald in the Trials of Grettir and ended up with half of its party killed. Afterwards Giovanni hired Radovan the Killer from Cpt. Constantin of Myltev to refresh his ranks, planning out other methods of undermining Paoli’s authority. He met with Jax and the rest of the RKB to discuss a partnership together, but the plan fell apart after Jax chopped off Giovanni's left hand and attacked Radovan.   After this disastrous encounter Giovanni tried to refocus his SBK on defeating the Sunken God, but many of the group's surviving members like Nick and Radovan were dead-set on killing Jax once and for all. This led the party to the port city of Poroshenko to lure out Jax for one final battle by stealing the Iron Flask and his girlfriend Helena Lockmere. The SBK traveled to the ancient Kolya Bridge about a day's journey from Poroshenko awaiting the inevitable arrival of Jax and the RKB.   Jax showed up, but the fight didn't go as planned: Radovan the Killer was restrained by handcuffs and tossed 230 ft into the Strait of Myltev below, the dragonborn sorcerer Rostam Dova was killed by Margaret Keats, and many of Giovanni's hired guards fled the battle altogether instead of risking certain death. After Nick was killed in a one-on-one fight with Jax, Giovanni was captured by the RKB and dragged back with them to Poroshenko for further questioning. Asdis Loderr, a dwarven woman from Thorvald assigned to protect the Iron Flask, seized the enchanted spyglass from Giovanni and accused him of stealing a precious dwarven relic. At the White Kraken tavern, his ankles handcuffed since he only had one hand, Giovanni told the party his plans for overthrowing Paoli and how his group unfortunately came into conflict with the RKB.   The party was sympathetic towards Giovanni's disdain for Paoli, but Helena explained how Queen Astrid's Gameth and Paoli's Sardivelia had been close allies for decades. Since Giovanni had just confessed to plotting treason against Paoli, the legal thing for Helena to do would be to turn Giovanni over to Sardivelian authorities for arrest and execution. Beleren argued that perhaps Giovanni could provide valuable intel for Queen Astrid or the RKB to use in future expeditions, but Giovanni himself admitted that he was powerless without the spyglass or a group of fighters at his back.   Jax tried calling Paoli one last time to convince him that Giovanni should be spared, but Paoli was adamant that any threat to his control over Sardivelia should be stamped out with brutal efficiency. Sensing distaste and suspicion from Jax, Paoli made him a tempting over: hand over Giovanni for execution and Jax's Capaldi family would be promoted as one of the kingdom's most powerful noble families, replacing the position previously held by the Rossos like Giovanni. As part of this arrangement the surviving members of the Rosso family would be hunted down and killed, but in return for their undying support and labor Jax's family could once again return to greatness.   Despite such a distasteful arrangement, Jax couldn't help but agree to Paoli's terms. For years the only thing that Jax had dreamed of was returning his family to greatness, even if it meant the massacring of an innocent family in the process. Jax tried to give Giovanni a chance at escape, but Giovanni refused to take it. He was a broken man after the disaster at Kolya Bridge, and any escape attempts would only enrage Paoli further. Before the RKB left Poroshenko Helena oversaw the transferring of Giovanni into Sardivelian hands, promising that at least one member of the Rosso family would survive the slaughter and remain protected by the Gamerian government. Giovanni was tried and executed in Garavecchio, hanged in the town square facing the Temple of Drachma. 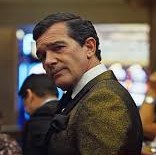