A government official and granddaughter of the Royal Knights Brigade's founder, Fallworth Lockmere. Raised on her grandfather’s stories of fearless adventurers traveling the globe and battling monsters, she dreamt of the day she could work for and lead the agency overseeing the RKB. Her dreams came true in 899, replacing an old loyalist of Roland Fireheart's to modernize the RKB and usher it into a new era of effectiveness. While the RKB has been forced to deal with more domestic issues in the 4th Cycle's tenth century, it's still the kingdom's most trusted institution as individuals from all walks of life have a chance of joining and making a difference in their homeland.

Helena grew up in the lush 1st Level of Gameria, enchanted by her grandfather Fallworth's stories of the Royal Knights Brigade and their campaign against the evil lich Fairouz the Undying. Fallworth instilled in her the idea that extraordinary times called for extraordinary characters to rise to the occasion, taking risks and forming alliances for the greater good of the world. Even after her siblings grew tired of Fallworth's long-winded tales, Helena would stay up all night with him to analyze and debate the different parts of the RKB's adventures. One day, Helena vowed that she would lead the RKB and make the hard decisions like her grandfather had during the Fairouz Terror.   Helena spent years studying at Eldermere University for a major in history and a minor in enchantment spells. Every week she peppered Prof. Catriona Quinn with questions about her adventuring years to the point of exhaustion, and throughout all her years of studying Helena never let go of her dream of one day leading the RKB. By the time she graduated in 895 Fallworth had died and the RKB's leadership was dominated by Roland Fireheart's political loyalists that refused to give her a chance to work up the organization's leadership without any kind of combat experience. When months of lobbying left her jobless in the expensive city of Gameria, Helena had to settle for a position at the National Archives translating tomes from the 2nd Cycle into Common. Far from her dreams of making hard choices and escaping life-or-death scenarios, translation work was at least engaging enough to keep her attention most nights and provide her with countless bits of trivia about Pescaliat's rich history.   Helana's big break came in 897 when she was assigned by Queen Astrid to oversee the RKB's journey to Thorvald and the Elflands to defeat the Sunken God. She was gifted an enchanted violin by her grandfather to use on such adventures, and years of off-and-on training were put to the test against a horde of monsters summoned to stop the RKB's movement towards the Sunken God. Helena's skills helped her break into locked houses and charm local officials, but her fighting skills proved lacking compared to the legendary powers of the RKB's elite fighters. One well-placed breath attack by a frost salamander left her frozen to death, and if it wasn't for Flora's 'Revivify' spell she would've died somewhere in the Largas Ocean. For the rest of the journey towards Kassædeia Helena would take a more advisory role in the party, providing them with intelligence about the cities they'd be traveling through and encouraging them when the journey demoralized their spirits.   Despite their many differences, after months at sea she began a relationship with RKB member Jax Capaldi when he helped her recover from the frost salamander’s deadly blast of cold air. Jax shocked her when he revealed that he'd been taking bribes from Paoli Piedmonte during his time with the RKB, and while Jax would have to be officially banished from the RKB once the Sunken God was defeated she understood his personal need to take the money and prevent Paoli from further ruining his family's fortunes. Helena stayed with the party right up until the very end, giving them their last intelligence briefing in Noggin before they traveled west to defeat the Sunken God.   Following the Battle of Kassadeia Helena and Jax kept in touch, even after he was removed from the RKB for his Sardivelian bribes. By the end of the journey Jax had fully embraced his naturalistic relationship to his barbarian spirit guardian Yo-Na, abandoning his old family titles and choosing a life in Gameth's wilderness. The two of them stayed together for a couple of years, but after Helena was chosen as the new director of the Royal Knights Brigade it became clear that her and Jax would be living in two different worlds. Helena would always make time for Jax during her frequent business trips between Gameria and Oakengaard, and the two of them stayed close friends for years after their time sailing towards the Sunken God.   As Director of the RKB, Helena helped mold a new generation of heroes and fighters capable of facing every undead monster and aberration that threatened Gameth's safety. Tensions reached a breaking point between the industrialized cities like Ravi and the environmentalists of Hakon in the 4th Cycle's tenth century, forcing the RKB to intervene and keep the peace on numerous occasions. While she was unable to see continent-spanning adventures like her grandfather had during the Fairouz Terror, under her leadership the RKB kept the peace in the decades when Queen Astrid's vision of a reunified Gameth were stretched to the breaking point. Helena kept close watch of the adventuring guilds forming in Pescat like the Gilded Hecat Guild, hoping that one day soon the GHG would reclaim its mantle as the undisputed saviors of the world.    As director of the RKB Helena envisioned a modern-day adventuring guild, where dozens of adventurers could be recruited from all over Gameth to take contracts and form parties to deal with more challenging threats. She convinced Maxwell Hart, Jr. to sell her the deed to the Thousand Faces tavern on the first level of Gameria, renovating the building into a training ground and headquarters for the next generation of adventurers (she kept the bar). By the fall of 907 the RKB employed more than three dozen members while veteran heroes like Beleren Hazid and Kacie Whately trained adventurers in strategic thinking and combat.

Was killed by a frost salandar's blast of cold breath during a fight with Luuk Linden Jansen de Groot III's monsters. 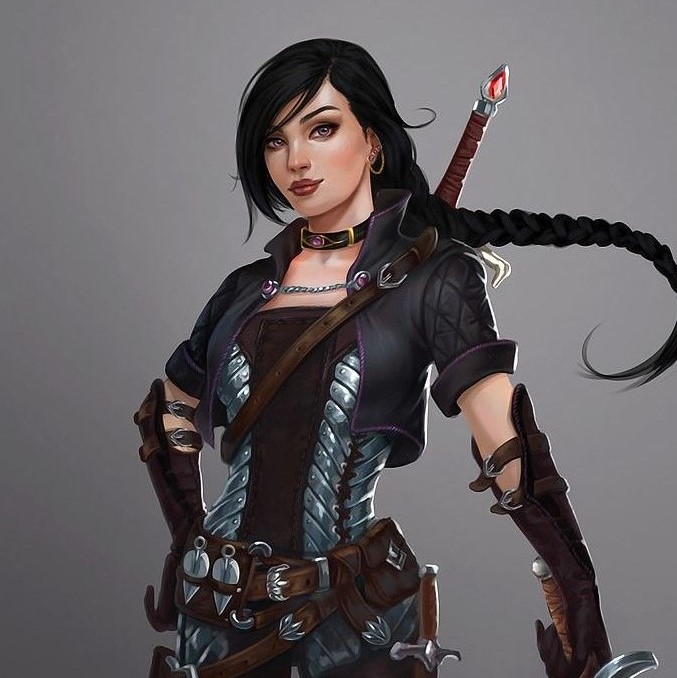