A dwarven paladin and former fighter in the Trials of Grettir. She slew a behir in a legendary match in 884, and for years afterwards she became a defender of Thorvald’s magical relics and weapons. For this reason she was assigned by Thorstein the Gray to join the Royal Knights Brigade on its mission to defeat the Sunken God in Kassadeia after they obtained the Iron Flask for their own. She fought bravely against the monstrous deity in the Battle of Kassadeia in 897, but she was killed and consumed by the sahuagin horde after a devastating attack knocked her unconscious.

Asdis grew up in Thorvald's wilderness near its borders with Rakka, her mother moving year from year to survey mountains for potential mining operations. This restless lifestyle made it difficult for Asdis to befriend people knowing they'd never see each other again in a matter of months, but the ferocious arctic climate strengthened her and turned her into a sturdy fighter. Her mother took notice of this when she single-handedly killed a pack of gnolls at the age of 15, and once Asids was old enough she was sent to train with Thorvald's most experienced fighters in the capital city of Grettir.   For years she honed her fighting style and prowess with a flail, donning heavy armor to make it near impossible to land an attack against her. to support her education and training she worked in Thorvald's treasury full of powerful weapons and items, cataloging their abilities and defending them from any would-be thieves.   Asdis made a reputation for herself as a fearless combatant, and after years of hard training her mentors recommended she fight in Thorvald's annual tournament to display her powers to the rest of the world. She participated in the tournament several times in the 870's, but each time she failed to receive the top prize due to some mistimed attack or unexpected maneuver from the monster she was fighting. In 879 she was hospitalized for months with third-degree burns after a fight with a remorhaze, and many believed her days of fighting were over.   Once she recovered, Asdis vowed she would one day win Grettir's tournament and repair her damaged reputation. Her days were spent with constant fighting, her nights spent praying to the kingdom's founder and patron deity Thorvald. After years of excruciating work she unlocked the mystical powers of a paladin, providing herself with increased defenses and healing abilities to withstand even the fiercest attacks. All of these powers helped her turn the tide of battle in Grettir's tournament of 884, and after fifteen rounds of combat Asdis managed to slay a behir and claim the title of tournament champion.   She became a celebrity in Grettir, and in the following years she would train up-and-coming fighters on how to withstand the tournament's vicious trials. Asdis never forgot the oath she swore to Thorvald, and with Thorstein the Gray's blessing she became one of the leading defenders of the kingdom's enchanted relics. She applied her regimented training style to the research and preservation of thousands of magic items, discovering powers buried in some of the kingdom's oldest artifacts.   Thus when the Royal Knights Brigade traveled to Grettir requesting to use the Iron Flask to defeat the monstrous deity known as the Sunken God, Asdis joined their voyage to the Elflands once they had been granted access to the relic. The RKB proved its fighting prowess by participating in the city's annual fighting tournament, but Asdis' oath to Thorvald meant that she was responsible for all magical relics in the kingdom's treasury. Should even one of them be stolen or damaged, it was her responsibility to have them rescued or repaired. While she never grew close to the other members of the RKB, she proved herself countless times over in combat against the Sunken God's forces. With the Iron Flask never more than five feet away from her at any time, she joined the RKB in its final battle agains the Sunken God in the Battle of Kassadeia in the winter of 897.   Leaping over a chasm formed by Flora's 'Earthquake' spell, she rushed into combat with the Sunken God's chuuls and dealt devastating amounts of damage with her flail. Despite such initial success, she was consumed by the Sunken God's sahuagin horde after falling unconscious, nothing more than a handful of bones left of the paladin by the end of the fight. A similar death befell Kacie Whately during the battle, and while Flora managed to revive the sailor there wasn't enough of Asdis left to perform a resurrection. Asdis' remains and the Iron Flask were returned to her homeland of Free State of Thorvald, where she was given a hero's funeral and enshrined in Grettir's largest temple as one of its bravest fighters. 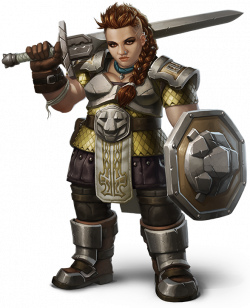