A ruthless assassin from Myltev who brushed paths with Gameth's Royal Knights Brigade on several occasions in 897. He was last seen at Kolya Bridge being tossed into the icy waters of the Strait of Myltev.

Radovan the Killer was in the service of the wealthy merchant Constantin when he first ran into the Royal Knights Brigade. A native of Vostok, he worked for years under Cpt. Tarkov until Constantin gave him a better offer and more leeway with his violent tendencies. The adventurer Cereus Diviciacus Quinn-Malum punched him in Oblast in 897, so Radovan committed himself to the death and destruction of the young druid. Radovan followed a simple life philosophy: anybody who attacked him could not be allowed to live. He stabbed Cereus to death in a gambling hall, but since Flora revived him moments later Radovan had unfinished business with the RKB. He was hired by Giovanni Rosso after the Trials of Grettir depleted Giovanni’s ranks of adventurers, but a quick tussle with Jax led to an all-out brawl between them that left Jax stabbed to death on the streets of Grettir.   His feud with Cereus ended when the Thorvald Grettirson's celestial form killed Cereus in a single shot, but the very next day Radovan swore that he wouldn't rest until Jax was good and dead. Flora, the Royal Knights Brigade's healer, cast the same 'Revivify' spell on Jax as she had on Cereus, meaning that Radovan would simply have to kill Jax twice. He convinced the other members of the Sardivelian Brigade of Knights to confront Jax in Poroshenko by luring them out to Kolya Bridge for one last fight. Kolya Bridge had long been a hideout for Myltevian pirates to make their final stand, and the SBK would steal the Iron Flask and Jax's girlfriend Helena Lockmere to goad him into a confrontation.   Jax showed up with the rest of the RKB, but the fight turned out much differently than Radovan had expected. Before traveling out to Kolya Bridge Jax had purchased a pair of handcuffs in Poroshenko, which he used to grapple and restrain Radovan in a matter of seconds. Caught by surprise, he was carried by Jax to the edge of the Bridge and tossed 230 ft. down into the icy waters of the Strait of Myltev while the rest of the RKB destroyed the SBK's surviving forces. Flora stayed behind to make sure that Radovan was good and dead, but how many people could survive being tossed hundreds of feet into frigid water while restrained and wearing heavy armor?   Apparently, Radovan could. She saw Radovan's breastplate floating on the Strait's waters, and a few moments later she spotted a pair of broken handcuffs washed up on the rocks of the shore below. Despite all odds, Radovan had escaped his death sentence and fled into the wilderness of Potemkin. Jax's mercy may one day be his undoing if Radovan ever finds him again.   Rumors say that he’s killed over 1100 people. 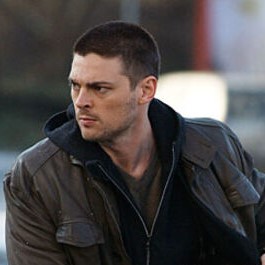 Remove these ads. Join the Worldbuilders Guild
Myltevian Characters
This article has no secrets.