A Gamerian fighter who sailed with the Royal Knights Brigade on its mission to defeat the Sunken God in 897. Scared of undead and lover of card games, she proved herself countless times over in encounters against the Sunken God's terrible forces and fought the monstrous deity head-on at the Battle of Kassaedeia. The following year she became an active-duty member of the RKB, venturing around the cotinent of Liat and keeping the peace between Gameth's disparate factions. Growing older she became a mentor to a new generation of RKB heroes, teaching them to stay calm under imposing odds and to maintain party unity.

Margaret was born in Gameria amid the Fairouz Terror of the 870's after her parents fled the monstrous forces running wild in Gameth's rural territories. As a child Margaret grew up on horror stories recounting how a pack of ghasts overwhelmed her parents' village temple and set it ablaze, instilling in her a fear of the undead.   Her parents stayed in Gameria after the Fairouz Terror ended in 876, refusing to return to their village where so much violence and horror occurred. Banned from leaving the house after nightfall, Margaret felt stifled by Gameria's city life and dreamed of seeing the world aboard one of the countless ships that passed through Gameria's docks every day. As soon as she was old enough she signed up to work as a sailor on a shipping vessel moving military equipment from Gameria to Oakengaard, spending years circumnavigating the waters around the continent of Liat. Stubborn to a fault, she honed her fighting skills sparring with the other sailors until her fighting skills became legendary in every Gamerian port city.   It was this fighting prowess that caught the attention of Queen Astrid's royal court, and in 897 she was offered a position aboard the Castellan II to escort the Royal Knights Brigade through the Largas and Karagas Oceans to defeat the monstrous deity known as the Sunken God terrorizing the former Elflands Empire. She accepted the position without a moment's hesitation, failing to consider the implications of the monsters and aberrations she'd be fighting along the way. She started a relationship with Jax Capaldi during the voyage, but when they got attacked by a band of ghosts in the Myltevian village of Chernenko she called it off fearing that a relationship with Jax would lead to further encounters with undead spirits and monsters.   Despite her deep-seated fear of the undead, she fought valiantly alongside the Royal Knights Brigade during the Gleb Invasion and the Trials of Grettir as they moved closer and closer towards Kassadeia and their final confrontation with the Sunken God. As crew members like Simon Osaring fell in combat Margaret began to internalize the fact that she may not make it back to Gameria in one piece, vowing to make the most of her life if she survived the final encounter with the Sunken God. Sure enough, with the defeat of the monstrous deity at the Battle of Kassadeia in 897 she would go on to enlist with the Royal Knights Brigade and become an active-duty member, going on adventures all over the world for the group and reuniting with old allies like Adam Divisav. 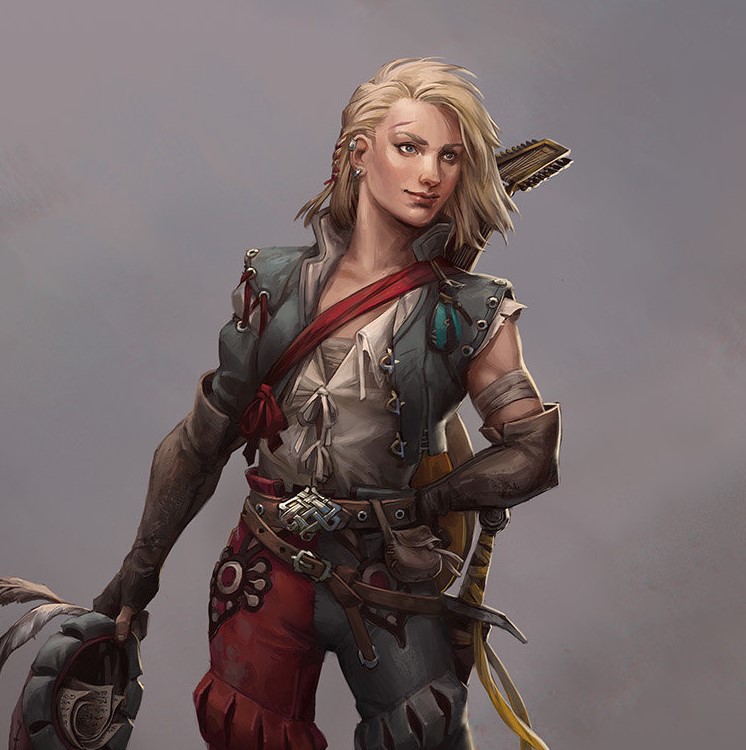