Work in progress!
Slightly NSFW!
Land's End is a settlement located on the outskirts of the Farenian Empire, far away from its capital. It has been an independent city since before anyone could remember, and it is known for its fiercely independent spirit. Even though Land's End is part of the empire, it is mostly free from government control and regulation. It has no taxes and no laws other than the ones that the people have decided on themselves.   The people who live in this remote corner of the world are hardy folk who value their independence above all else, and they survive mainly by fishing off the coast, harvesting timber from nearby forests, and trading with merchants from other parts of the empire. This makes them mostly self-sufficient, but it also puts them in conflict with imperial authorities when trade disputes or disagreements about autonomy cause tensions to rise. Land's End by Tillerz using MidJourney
Life in Land’s End can be dangerous as well due to frequent pirate raids along its coastline; however, most locals take these threats in stride as a way of life, knowing full well how to protect themselves should trouble come calling again soon enough. In spite of this tumultuous environment, there’s still a strong sense of community among residents, making sure everyone looks out for one another regardless of whether you're family members or not - a trait passed down through generations that serves as a testament to their tenacity even while living on what some might consider "the edge" within Farenia's borders.

Land's End was once home to a group of pirate captains who had made deals with local merchants and leaders in order to keep their activities hidden from the government authorities. This arrangement allowed them to use the area as a base for raiding merchant ships passing through nearby waters without fear of repercussions from Farenian law enforcement agencies. Even though these pirates have all since moved on to Kamonson, rumours still circulate about their influence on life at Land’s End today.   Hidden between Land's End and the mountains in the east lies a forgotten kingdom from an age long past. Its ruins still stand tall, but no one knows what happened to its people or why it was abandoned so suddenly. There are rumours that this old kingdom holds great treasures as well as powerful relics that could change history if they were ever unearthed again.   Legends tell of magical waters at Land's End with properties unlike any other place on earth. These waters can heal wounds, cure sicknesses, and even grant wishes to those who drink them. But one has to be careful; these same waters can also bring danger to unsuspecting explorers who fail to tread with caution around their source. There is a trader visiting the city in a cart who claims to have found these waters and sells them for 5 gold per bottle. His brother sells snake oil in Boranga.   Throughout Land's End, there exist ancient guardians who protect its many mysteries from outsiders seeking knowledge or riches beyond their reach. These guardians take many forms, including giant stone statues, fierce animal spirits, or human-like figures made out of wood and metal.   The locals have passed down tales through generations about strange creatures living among them, such as mermaids singing beneath the waves or dragons soaring high above Land’s End at nightfall. 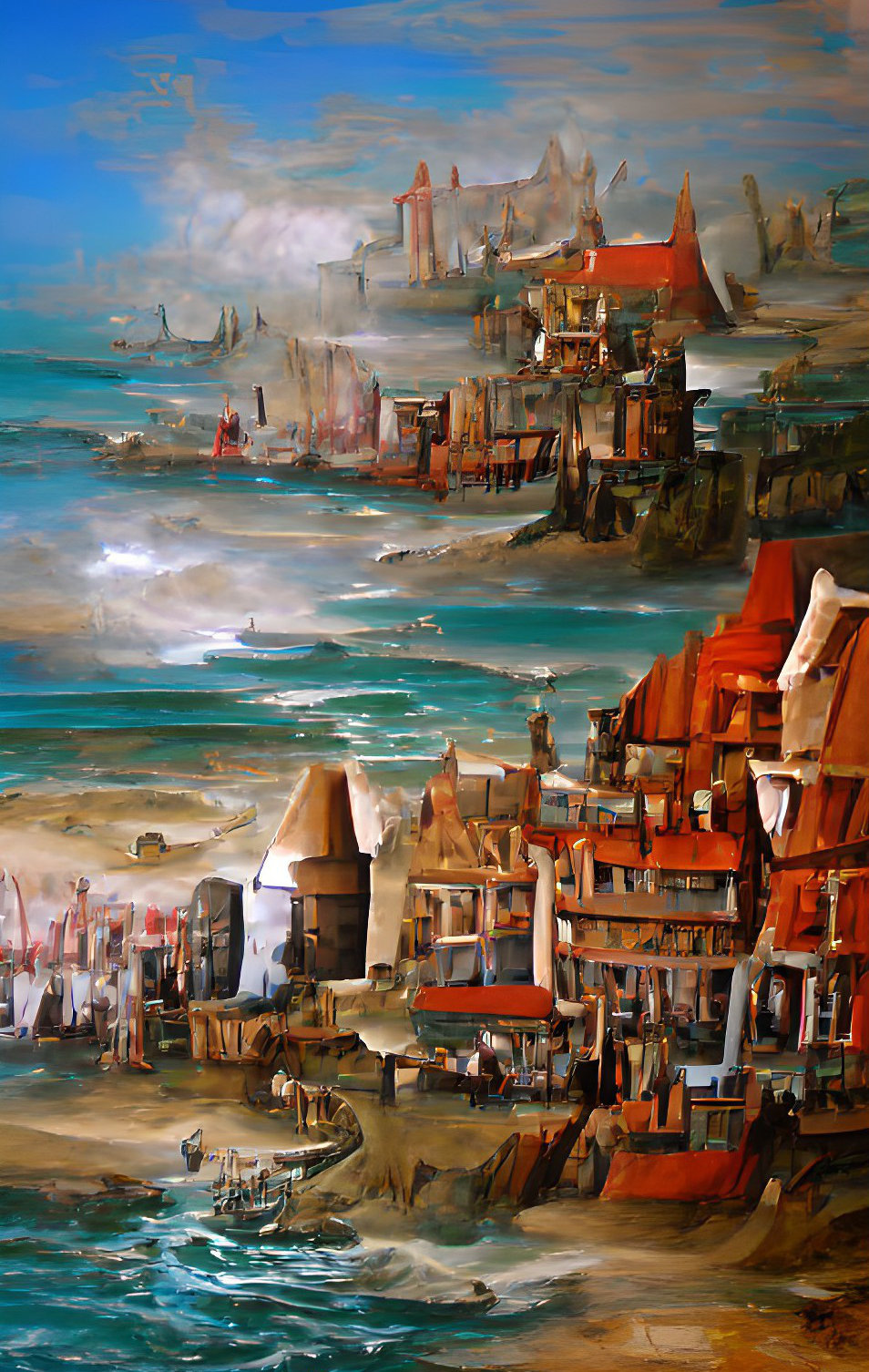 Click here for copyrights and used content / licenses / commissions / OGL   Content Usage: Do not copy! You are allowed to use my world's content while playing with your group,
but you are not allowed to copy it and include it in your own products.
Cover image: Land's End by Tillerz using MidJourney
Article template
Settlement
World
Alana
Author
Tillerz
Publication Date
31 Dec, 2022
Creation Date
31 Dec, 2022
Last Update Date
30 Jan, 2023
Visibility
Public
Views
64
Favorites
7
Comments
0
Tags
we2022 settlement location