The Nimýric Empire is composed of numerous kingdoms. Their respective kings and queens serve as the Emperor Couple's representatives, answering directly to them and ruling on their behalf. Likewise, each kingdom grants power to several dukes or duchesses who oversee smaller parts of the realm.

The motto of the Nimýric Empire translates as "Enlightened we swim above the darkness!" True to this philosophy, the Empire reaches out to the neighboring realms, offering protection under its banner and sharing the gifts of education, science and culture with them.

The Dawn of the Empire

The history of this empire goes back to Nimýron the Benevolent, the first man to be crowned as the king of a small realm near the equator. Following his achievements, both its capital and the kingdom as a whole were later named after him.   Over the centuries, strong bonds were forged between Nimýris and the neighboring kingdoms, either by trade, by military alliances or by marriages between the royal families. When Arenór de Nimýrhém took Terónia de Hechala for his wife, the union was celebrated by crowning them as Emperor and Empress of Nimýris. Several kings and queens sharing their blood swore allegiance to the new heads of their family, vowing to stand together for the greater good of their people.

War against the Ingrates

The Nimýric Empire continued to grow as traders and diplomatic emissaries established connections all over Gysuphun and nearby islands. Eventually, the Nimýrité reached out to the other continents as well. Yet to their dismay, the savages populating these lands did not appreciate the gifts that the Nimýric Empire had to offer. Many lives were lost to their ingratitude, as they preferred to murder their teachers and backstab the soldiers sent for their protection. So the Imperial Forces withdrew from these continents.   Sadly, this did not stop the enemy from pursuing them. Now that the barbarians were aware of the Nimýrité, they began to pride themselves on what seemed like a victory over the Empire. So they formed a union of their own - the Pereqaian Alliance, a mockery of the bond shared between the Nimýric kingdoms. Under this banner, they set forth to invade the eastern islands and the western tail of Gysuphun, tearing down what the Nimýric Empire had built.

Battles raged for centuries, until an uneasy equilibrium was reached. As the Pereqaiande had caught up to the technological achievements of the Nimýric Empire, even they began to realize that a large-scale war would cost them more than they could hope to gain. So the open conflict was reduced to occasional battles at sea and on the shores of the landmasses. A few decades ago, neutral zones were established in an attempt to appease the barbarians.   Yet the threat persists even today. While they no longer dare to openly invade the lands under the Empire's protection, the Pereqaian Alliance remains in charge of the tribes' armies, and they show no signs of disarmament. Consequently, the Nimýric Empire remains as alert as ever, ready to defend its citizens when the enemy decides to strike again.

Traditionally, Nimýrité worship the sun goddess Saphéne as the creator of life. There are lesser deities as well, such as the moon goddess Palia or several celestials associated with the stars and what are now known to be planets. However, as science marched on, the Nimýric society became mostly secular.   While the Empire encourages its citizens to leave these outdated superstitions behind, there are no penalties for adhering to them. In fact, aspects of the associated rituals are still cherished traditions among royals and common folks alike.

The Nimýric Empire maintains good diplomatic relations to several neutral parties. In particular, there are trade agreements with the much smaller Ellaric Empire, the Great-Kingdom of Hegaros and the Paronan Dynasty. To a lesser degree, the Nimýrité also deal with the Andasine Union and the Khemilan Tribes.   Despite the diplomats' best efforts, so far none of these nations could be convinced to join forces with the Nimýric Empire.

Recent technological achievements are beginning to revolutionize the Nimýric approach to harvesting, processing and refining raw materials. While many people still rely on manpower or animals, machines such as motorized vehicles or mechanical production automata are spreading throughout the Empire.

Ship-based trade has a long tradition within the Empire. Therefore, numerous ports line the eastern coast of Gysuphun and the shores of the Utóaphó Sea, as well as the rivers running through the continent. With the advent of railroads and motorized vehicles, land-based trade has improved significantly, further strengthening the bond between the kingdoms. 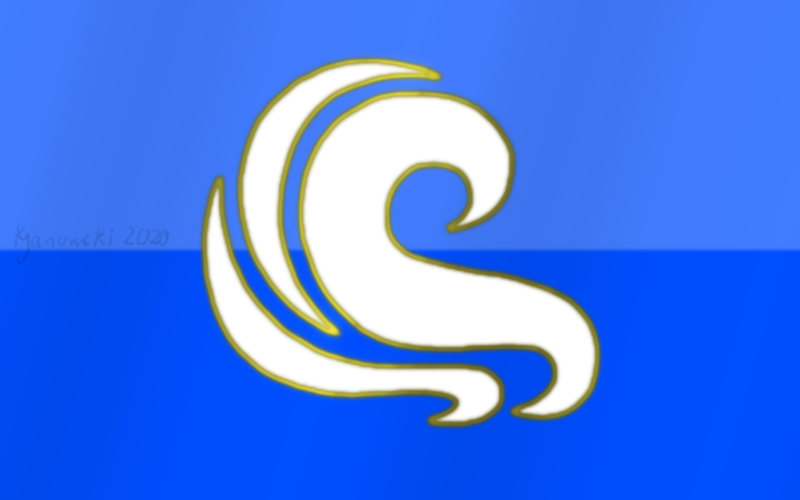 Before the Birth of Nimýron

After the Birth of Nimýron