The ROCHIM branch is lead by a general of the Nimýric military, also known as tugakedarór. If its structure resembles that of the other military branches, there should be a chain of command involving utcýkedaróré to phankedaróré and gekedaróré. Those would be responsible for 1000, 100 or 10 common soldiers, respectively.   Besides the military personnel, ROCHIM is known to have a head scientist among its ranks. This purókedarór is probably supervising a number of nenakedaróré (research leaders), gocakedaróré (laboratory leaders) and phubókedaroré (team leaders), who in turn would coordinate the efforts of the low-ranking scientists.

This branch of the Nimýric military operates mostly in secret, except for the field personnel who are infamous for taking away anything that is out of the ordinary. Higher-ranking officers of the military know that ROCHIM is tasked with researching novel ways to combat the Pereqaian Alliance.

ROCHIM is said to enlist not only highly-trained soldiers, but also the best scientists in the Nimýric Empire. There are countless rumours surrounding the assets that they allegedly confiscated, ranging from groundbreaking inventions to magical artifacts and mythical creatures.

The first mention of ROCHIM dates back to the year 1028 PN, about 14 years after the Pereqaian Alliance was formed. Faced with their aggressive expansion, the strategic advisors to the Empire's ruling couple soon came to the realization that traditional weaponry might not be sufficient in the long run.   It is said that the advisors approached the Emperor and Empress with an unusual idea. Inspired by the countless myths and legends told among their people, they suggested the formation of a specialized branch within the military, focused on tracking down and analyzing everything that science could not yet explain. By uncovering the secrets behind these tales, they hoped to find the key to protecting the Empire better than the traditional forces ever could.   Over the centuries, numerous people would claim to have seen this branch in action. Many tall stories told by drunkards in taverns explained the lack of proof by ROCHIM's intervention. Other reports mention fantastic weaponry and feats impossible for normal Ichtýds. And when the news spread that traders were no longer allowed near a smaller island of the eastern chain, people soon became convinced that this was where the pataróré brought all that they took away.   These days, ROCHIM is regarded with a mixture of awe and annoyance among civilians and military alike. 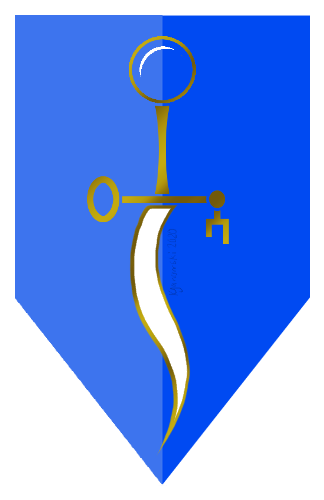 This is a really cool idea! But it ends so abruptly. Did you run into trouble with the word count? (Me too.) I wonder, for example, what is considered "something science can't explain" in such a fantastical universe? I hope you flesh this out a bit when the challenge is over, I'd love to know more!

Oh! I forgot to mention how much I love the presentation of your world as a whole! It's visually spectacular and immediately draws attention.

Thank you very much for your kind comments! I'm really happy that you like my world. Yes, I plan to flesh out the article as I continue to develop the setting. I'm still trying to decide how much I want to give away and from whose point of view, but I'll probably link in some rumors concerning the crashed Rilsu ship (I've already spoiled part of that on DeviantArt, so I might as well add it here). And there's at least one other, older legend I have in mind. As for "something science can't explain"... well, since the Nimýric Empire (or the Pereqaian Alliance, for that matter) is only at an early industrial stage, far from sending anything out into space, the majority of Chryphóra's population is still unaware of the more advanced species inhabiting this star system. So many things those would take for granted are still fantasy and science fiction for the Nimýrité.