Note: this article is a work in progress.
Zaxi was once the capital of Zaxor and has been occupied by its native people, the Zaxori, for a considerable amount of time. As a result of the catastrophe caused by the rune stones, all life in Zaxor was obliterated. The Goth who lived in the forests to the north of Zaxor closely observed what was happening to their neighbours, and only a few months after the calamity, they came to the city of Zaxi to pillage everything. As they were aware of the rune stones and the power-draining effect they had, they rotated in fresh raiding teams every few days. They were also able to get rid of the majority of the city's rune stones by placing a few of them each time in little bags and allowing small flying carriers made of oiled paper and wood to transport them deep into the centre of Zaxi. The city has now been under the control of the Goths for the past century. Over time, an increasing number of Goth pillagers came to stay. The city is now home for over 24,000 people.

All of the roads in Zaxi are paved with enormous square stone tiles; however, the Goth have not performed any maintenance on these roads in decades, and as a result, many of the tiles are cracked or even crumbled, and some of the tiles are completely missing.

Road Construction: Stone Paved Roads
Main Irrigation: Surge Irrigation
Number of Districts: 10
The sides of each and every street are covered in mounds of dirt, primarily boulders, pieces of wood, and debris that have fallen down from the little wooden homes that are clinging to the formerly majestic stone structures of the Zaxori. Only few use the old network of streets below, for example when larger goods like wooden planks or stone blocks are getting delivered somewhere. Daily life is mostly happening on the many upper levels. Most buildings have been repurposed and modified to the needs of the Goth, but elements of the original design are still visible everywhere: many-story high and slender buildings, narrowing towards their top. The Goth have added wide wooden attachments around their outside and connected them with numerous simple bridges and ropes, allowing travel between buildings without having to drop back to ground level, quite similar to the houses in the woods of their homeland. 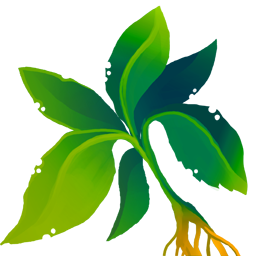 Even after a century, the area that surrounds the city still not fully recovered from the power drain that occurred there. The earth has essentially died, and the only way for plants and animals to survive is via the continual addition of new soil and fertiliser.
Trees: Elm (38%), Kauri (28%), Apple Tree (34%)
Stone: Granite, Travertine, Gneiss, Caliche, Slate
Ore & Gems: Tungsten, Turqoise
Cultivated Crops: Sorghum, Triticale, Rye, Hoopvine, Beets, Cabbage, Potato
Livestock: Sheep, Llamas, Camels

The majority of the Goth inhabitants cultivate their own plants and cattle in little gardens that are either located within, on top of, or all around their modest wooden homes. There is no market in Zaxi, everything is selling or most often trading their wares and produce right from their doorstep. A small flying carrier used to get rid of magic gone bad.

Answering: "Α settlement beside or in a great expanse"
Visit Tillerz's Competition Page Check all other answers to this prompt Competition Homepage

Click here for copyrights and used content / licenses / commissions / OGL   Content Usage: Do not copy! You are allowed to use my world's content while playing with your group,
you are not allowed to copy it and include it in your own products except when explicitely allowed by written permission from me.
Article template
Settlement
World
Alana
Author
Tillerz
Publication Date
13 Jan, 2022
Creation Date
16 Jul, 2022
Last Update Date
17 Jul, 2022
Visibility
Public
Views
113
Favorites
11
Comments
3
Tags
sc2022 zaxor featured

Which goth bands are playing there? Anything to keep the Goths happy little campers.

X-D We'll see. Gonna add some more stuff about the Goth, not sure if in this article or a linked one that's about the species specifically.

Very nice. One question, though: why were the rune stones disposed of in the depths of the city itself, rather than just sent out to sea? If real world humans are anything to go by, it's pretty easy to fall into the fallacy that the ocean is too vast for even our most hazardous waste to have a significant impact. (If you don't believe me, look up a map of radioactive materials that have been disposed of in the ocean; it's somewhat alarming)

Oh, maybe I should rephrase that. They didn't just throw them to somewhere else inside the city, but into the width of the large desert area in the south, away from the city, using those little flying carriers. :) And in the ocean they would kill all the fish...

Ahh, ok, that makes more sense. Didn't realize Zaxi was also the desert's name. And yeah, it would kill all the fish, but sometimes people don't think of the obvious repercussions of their mishandling of dangerous substances.

Zaxor is the whole region, Zaxi is the former capital. :) I need to check if I used the correct name each time.

Wow quite the details on the numbers ill, criminals, aldults, children....
On a another quote, those Goth are quite the handy oppurtunist, aren't they?

Sure they are, I mean: who would leave a fully furnished city just sit there? Also the details are from the Nerdbuilding generator. :)