Kerymis Donaevel; Professor of Theoretical Arcanology and Ritual Magic, recently touched by the Dark Dancer. One man’s army fighting for the justice and the Island he has sworn to protect.

Tall, agile and despite his desk job he is still quite good with sword.

Eyes bluer than those of his brother or father, him taking more to his mother’s side.

Keeps his rapier at hand

(See above for his academical success)

Logical, caring, dutiful, just, faithful, loyal, diplomatic (at times), ready to sacrifice himself for the sake of other or better world and thus easily forgets to take care of himself, thinks like a professor…

Mainly attracted towards women, but for him love can have many sides and he is ready to make sacrifices on the altar of love. He loves his wife dearly, but so does he love Mion, his husband In the same, and in a different way, and sex is just one way to show you care about someone.

Likes: children (and baby animals). Likes to hug people, but knows it doesn't always solve all problems (if only!).   Dislikes: people who don’t know how to behave. And olives.

Just, accepting and loving. Like a proper scientist, he constantly aims to change himself and the world for better.

He tends to have the silent 'high elf nod'. When the talks, mainly when he's unconsciously uncomfortable with the topic or the problem of the discussion, he tends to circle around the important things he wishes to say, being unable to pronounce the real underlying issues directly.

Very clean, used to do the family’s laundry. He takes very good care of his appearance, but mostly out of habit and the need to be presentable than peacocking around in fancy clothes. For him, having clean clothes, ironed shirt and matching cufflinks is a way to show that he can keep his things in check.

His soulmate Aod Flickerpetal
(and many, many others…)

In his family Corellon Larethian and Tethrin Veraldé had been highly venerated, but he didn’t really care about higher powers, until he recently met the drow goddess Eilistraee and has now joined her followers. He also has allegiances to Mystra and Labelas Enoreth.

Might come out a bit arrogant, but actually isn’t. Kerymis is proud, but not unforgiving. He keeps etiquette in high regard and dislikes anyone who breaks it without a proper reason. Uncle might seem at a first glance very particular on how certain things are done and inflexible in social situations. He knows this flaw in himself and has tried to shake such old learned traditions from his shoulders, but it has proved out to be a difficult task. Yet, he tries his best to learn and adapt to take people from different background and races into account, sometimes coming out a bit clumsy and racist without meaning it.

Calm and analytical, which often makes him feel a bit cold to the ones who don’t know his mannerism. Yet he had a soft and big heart for those who suffer or need help, and he is not scared to get his hands dirty.

Likes to read and write letters. He used to play the violin but hasn’t since the war started as he lost his instrument in all the hassle.   Also got some puppies for his extended family. He has a white familiar hawk called Rua (‘Star’).

Calm, at times a bit posh British accent. Doesn't usually raise his voice, and in time of anger he prefers to clam up and say nothing instead of shouting to someone.

Met as cadets while learning blade singing, both starting in 3749.

Met as cadets while learning blade singing, both starting in 3749. They had a rough start, but Arranan gain respect towards his old class mate, and learned some humility from him. 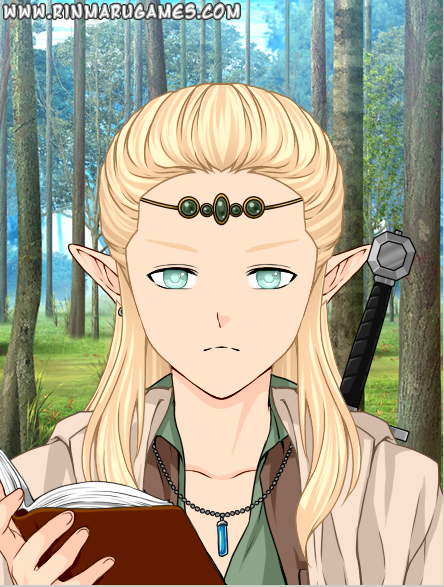 One man’s army fighting for the justice and the Island he has sworn to protect.