Stub, badly in need of expansion.

Empire of Islenor is biggest Elven country known to the world, if not the biggest country of them all, and it's vastness in global standpoint is significant. Once a little kingdom in the far north of Umeros, it has stood pretty much uncontested in all it's might, even with some setbacks in recent history.

Islenor's power is clearly seen in the continent of Umeros, and all the decisions and ideas that the Empire serve tend to end up massively directing and changing the course of the world around it. Despite its superpower status, the Empire suffers from several inner conflicts, even more so as the Emperor Alathar Thelirme is getting closer to his death and the land stands without a clear heir.

But while the unfortunate events have taken a toll, the people of Islenor are still known for their knowledge, honour and skill, and are well respected in the wider world.

Islenor's highest seat of power belongs to the emperor. The area is currently divided into 18 Duchies, and those duchies further divide into counties and occasionally even smaller baronies. These lands and titles are often hereditary or given out by nobles with high enough rank.

As Islenor is a sizable Empire, Emperor has 4 special nobility ranks to give: Archduchy of Winterheart, Archduke of the Spring Rise , Archduke of the Autumn Vales & Archduke of the Summer Fields. The title can be given or taken by emperor at any point, and it comes with no estate attached to it. Each of the archduke title come with and area associated with, which the person with the title is now responsible for, taking part as emperor's representative in the region.

The reputation of Islenor and its culture has turned divisive and complicated, due to the duality inherent in the local philosophies.

Kingdom of Islenor was founded by now legendary King Vasandor Ralonsalor I, who united the area of Losse Fanya as one nation in year 4487 in Age of Prosperity. Islenor was one of the many small High Elf kingdoms of the area, surrounded by no-mans land, inhabited by the Wood Elves.   Ralonsalor family ruled from -4118 TbS to -1854 TbS, the last king being King Leolar who ruled just 32 years. He was called cruel and spoiled, and he was replaced by King Luzeiros Venramoir, father of legendary Queen Nirine Venramoir.   Venramoir rule came short and sweet. King Elephon Venramoir died -237 TbS without a legal heir, and he passed down his crown to his best friend Rennyn Thelirme, starting the Thelirme dynasty. Under his son, King Peteirys Thelirme, ruled as the Ages changed and as Age of Scars started he blamed breaking of the world to the drow, starting his extensive campaigns under surface, and started uniting the kingdoms and free land around his reign. His son, Caelathel Thelirme I, continued his work and by the year 627 AoS Islenor has declared Empire and Caelathel it's the first emperor.   Caelathel's line continued his work, eventually bringing the Empire to it's the more current size. 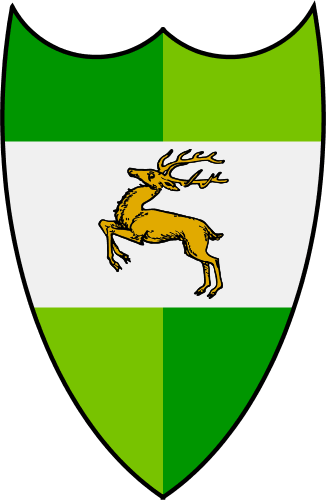 Articles under Empire of Islenor

Emperor is the all powerful ruler of lands of Islenor. Once just a small kingdom, Islenor is now one of the most powerful nations in the world. As such, there isn't much in Umeros that can match the power of the person sitting on the Empire's throne.

Archduchy of the Autumn Vales