Spirited lady Avae’ess is both beautiful and charming. While her father is too far to inherit the large titles, Avae'ess has gotten the looks of the noble side of her family, joined together with a wild and loving spirit.

As she is getting closer for her first century, Avae'ess is starting to feel the weight of growing up, and after leaving her birth home more than twenty years ago, she is now pondering her place in the wide and confusing world she finds herself in.

In the game, Avae'ess is the beloved daughter of Kerymis Donaevel. Kerymis has recently gotten a message that Avae'ess is coming to see him to Numen Hoop with rest of his family, after hearing the strange new that he might have made a treason...

Avae'ess is the second child of Kerymis & Eilstacia Donaevel. She was born in 27th of Mar, the year 3958 at city of Numen Hoop, in Silver Shore Island. The island was under the rule of Empire of Islenor, and her parents work in the local research center, set there by the Royal Academy of Knowledge of Tel'Taurn Tal.

Right before the War of Scale and Arrow, Avae'ess and her family moved to Cla'ath Dul, the birth city of her parents in Empire of Islenor. Change was great, from multi-cultural and diversive Silver Shore Island to very large yet quite insular empire, and Avae'ess is struggling to adapt. While her nature makes it easy for her to get friends, she doesn't know quite what to think about the things unfolding around her.

Known from her bubbliness, Avae'ess is talented at making people smile, and her enthusiasm tends to be contagious. She gathers people's attention to herself and often gets others to do things for her. She can be little mischievous but is very kind and compassionate, that draws people near. Sometimes this makes her little too trusting, making her vulnerable to hurt. 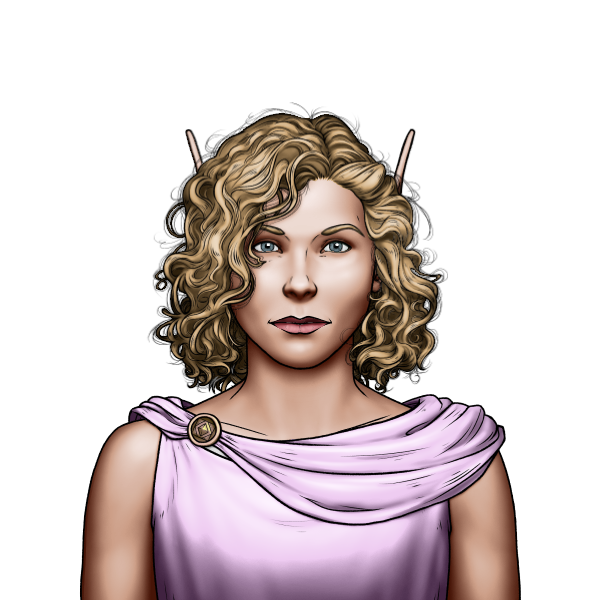 Awww she sounds really sweet. I like that she's at that weird stage of growing up.