Valdor is a soldier in Yanta Menohtar, one of the many protectors of The Children of The Dancer.

Short and slim, but very agile and trained.

Lacking nutrition as a child left Valdor’s body quite petite. He is not abnormally small, but on the smaller scale when it comes to the Drow men. Yanta training has given him the required muscles to do an acrobatic backflip off a roof, but he’s not the one doing the heavy lifting.

Thinner, sharp ears than most have. Nothing abnormal, though and it doesn’t stand out that much. Two small piercings on left ear, one on right. Unevenly cut hair, kept with practicality, not for the looks (i.e. tied back, he cuts it himself with a dagger if needed, so it looks a little unkempt).

Valdor dresses himself very humbly, still more like a commoner than someone from a more prestigious family. When he’s working he of course wears the normal medium yanta armor, but when he’s not, he usually has just ordinary tunic and trousers, belt around his waist. He always has at least one of his daggers with, usually on the belt or hidden in a boot.   He doesn’t usually wear any jewelry, mainly because he doesn’t have many but he also doesn’t want to lose them and prefers to put them away for safekeeping instead. Also jewelry can be in the way when he’s working.   He wears what mother (or sister) gets for him, as long as they fit, are clean and untattered. He is more at home in muted colors, though.(Maybe because brighter colored clothing tends to be more expensive)   He does carry a dragon’s talon he found when he was a kid with him as a good luck charm.

Valdor was born 8.6.3928 in Zaetron Derraz.   The Streets of Zaetron Derraz brought Valdor up when he was little and kept him safe when his mother was doing whatever women do. When his mother got pregnant and gave birth to his sister, Valdor was givent ot as watch after the baby, which he did very dutifully. To Valdor’s surprise he got admitted to Yanta Menothar and thus his life as a soldier had begun. He quickly found out he actually liked it there, even when the war was raging, and he saw some of his acquaintances for the last time. He had found the meaning for his life; to keep the twin cities safe and protect their inhabitants, like the Dark Dancer ( Eilistraee ) commanded.

Valdor has received mainly physical education. He learned to read well in his 20’s after his sister was born and has not received any kind of basic or higher education.   Very basic weapon training before joining the army, after that Yanta Menothar took care of his training.

Valdor used to do odd jobs here and there to support his family, mainly on the grey side of the life, if not necessarily illegal. Mainly small thefts, robberies, smuggling, delivering messages and items for more important people and pickpocketing (especially when he was younger).   After Valdor got into Yanta Menothar he’s been clean of all ill business (,avoiding his previous life like plague,) and cherishes his job as a soldier.

“Make friends, not enemies”, “You reap what you sow”

Feeling of Duty (giving his vow in Yanta Menothar, his duty as the sole male in the family, his companionship with his workmates)

Good at stealthy things, shooting and throwing stuff, stabbing and lying. Has been able to walk the thin line of being good at what he does, but not too good to anger someone else.   Bad at social situations needing higher knack of etiquette. Can’t lift anything to save his life.

Likes: few pints with friends, pretty Tiefling ladies, his work, food, his family and friends, big blankets, warm baths, soft beds, tasty food (=simple pleasures of life)   Dislikes: people who don’t how to behave, people who bully others just for the sake of it, being embarrassed, uncertainty

Takes very good care of his hygiene but is more accustomed to splash cold water on his face on mornings than getting a full long bath every day.

Eilistraee is important to Valdor in a way she is to most men in the army. It’s his duty to protect Her children, so anything that could be threat to Her and Her cities would alarm Valdor.

Valdor would rather observe than be actively in charge, withdrawing and blending to the background if he’s allowed to. He is calm, caring of his friends, but he knows when to bow his head, and can do that without any difficulties if needed, as he is not too proud. He tries to avoid confrontation, but if the situation allows, is not afraid to speak up his mind. At times he can be a bit too straightforward and clumsy with his words, especially if comparing to the noble men. The Street and then the Army brought Valdor up, so he acts like it. Yet he is overly conscious of this fault which makes things usually just worse.

On Friday 9th Jun in 4047, Valdor had his back against the wall as the strange fiendish creature approached him with an offer after Valdor had witnessed the same creature murder another person with its bare hands. Valdor heard a voice that promised to help him and on the bottom of an abandoned wardrobe, he found a magical white staff, that instructed him to hit it to the ground in front of the creature.

Entangle spell was cast from the staff, restraining the fiend while Valdor escaped, and when left alone with the staff, he was instructed to close his eyes, and with that, he mentally travelled to the pocket dimension of Meorise, starting the journey that would join them in a warlock pact.

Both Valdor and Meorise care deeply of life and fate of the innocent, but more pragmatically than some. Both of them seem very happy to serve what they see as the greater good, but still remembering that dead people can't save anyone.

Or well, maybe Meorise can, but generally speaking.

Previously lower class commoner, now middle class, (mother) aiming higher. Mother handles his salary, so he only sees some part of it. 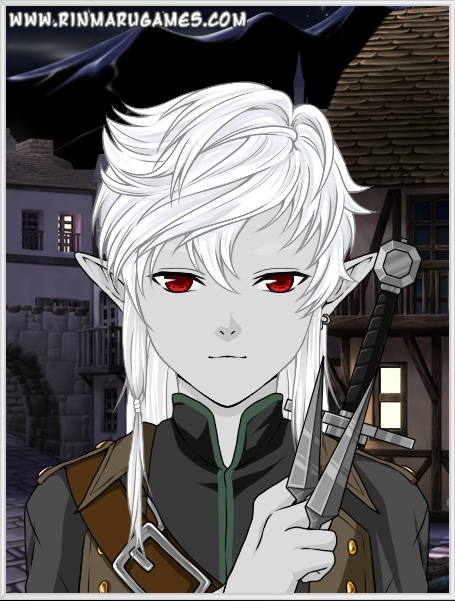 To further enjoy Valdor's adventures and ponderings, visit The Soldier of Fortune!

— Darkshiney at The Dark Archives