The Verin were the first.

They made fire first, first by hand and then again with meta.

Their Sovereign, Kyzan, was the first.

When you think of something that has been done, the Verin quite likely did it first.

The history of the Verin is one of great accomplishment, a tale interwoven inextricably into that of the Verin Haimarchy. They are pioneers of the sciences, meta-sciences, and exploration, a fact seemingly engrained into their very genetics.

Although the Verin cannot be credited for every accomplishment (or disaster) of their ancestors, it is hard to deny an apparant common thread among them, one which sees them vying for the limelight and taking charge of the situation.

Among the Verin, bloodlines are often carefully tracked and plotted. Most large families can demonstrate tens of thousands of years of bloodline through their family tree, and it's somewhat of a sport to track down the blank names on the tree or find out where one tree connects to another. In this the Verin find their pride—they see the giants whose shoulders they stand on and it makes their chests swell with pride.

All came to despise them.

The Sazashi drove them back to their island, never again to sprawl across the world.

The Verin are infamous for their early experiments with creating and modifying life. Before they even knew what genetics were they were reshaping and modifying them with Therianthropy to improve themselves and to create an entirely new Sophont, the Sazashi, to do their bidding.

For a time, this was successful. The Sazashi had no foothold nor desire to turn against their masters. Their Akjhe made them easy to control and manipulate. They traveled to the places where the Verin struggled, they hunted the Sazakraht and drove them away from the mainland so that the Verin could settle. They built, they provided, and they protected for the Verin as The Ancient Verin Haimarchy grew.

It is said that the failing came with the Aen—planners, organizers, and optimizers. While all other Sazashi had been made to keep an eye on the present or the past, the Aen were made to watch the future. They did, and saw their fate in the cards: eventually the Verin would make something more effective than a slave race, and the Sazashi would be retired.

They began their revolt in the shadows and it poured out into the streets. All Sazashi kinds joined in on the cause in the end, and those lands which they had taken and developed for the Verin they instead took and divvied up among themselves and their forming nations.

This was the beginning of a long socioeconomic depression for the Ancient Haimarchy. Their society collapsed inwards into states of civil war, squalor, and unrest which would last for thousands of years.

Eventually they turned their eyes to the heavens; if the Sazashi would deny them the world then they would take the stars.

They took the lesson in stride, built interstellar city-ships, and rose to the challenge.

The unrest and depression was not indefinite. As the Sazashi pieced themselves into nations, broke apart, and gathered together again, the slow-turning gears of the Verin composed themselves into a machine for a new era—a machine meant for expansion, but a machine with nowhere to expand to. To the rest of the world it looked like a warmachine.

At first it appeared as though the Verin were preparing to retake the world they once owned. They revealed the truth too late for anyone to read. Gargantuan ships flew not out, but up. This new Haimarchy had been hiding an Index, a key to a new world.

We are The Verin Haimarchy, the stars are our domain.

Not all Verin are so engrossed in the task.

For every zealot there’s hundreds with more domestic concerns, but there's history in even the thinnest bloodlines.

Not all Verin left in the wave. A great many stayed behind, not only in those great cities from which they hailed but all over Jhoutai.

As with any Sophont, the Verin were, and are, spread out. Many Verin living in the Sazashi nations and on Eden and her colonies felt suddenly very ostracized, as though they were suspect thanks to the actions of a Banner they didn't even align with.

For some, this drove them to join the Haimarchy. The rest dug their heels in, clinging to the aspects of their identity which set them apart from the Haimarchy. This meant Verin deeply embracing the ideals and customs of all the other respective Banners forming around them, leaving their mark but otherwise wholly allowing themselves to be marked by it. 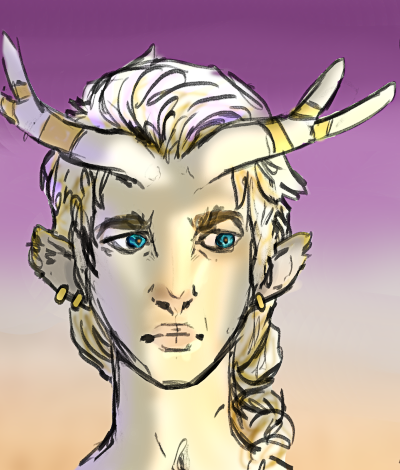 Verin possess horns with characteristics distinct to their Kind. These horns do not branch naturally, but Verin place metal cuffs on them to encourage them to bisect and shape as they grow out.   Some shapes have cultural meaning, but the general rule is that complexity equals class.

Verin have straight-bridged noses with an almost snout-like appearance to them. The tips of their noses have a slightly different texture and color reminiscent of the common ancestor they share with the Sazakraht.

Verin have large irises with diamond pupils. Their eye colors are typically extremely vibrant, almost gem-like in color due to having a (vestigial) layer of tepetum lucidem in their irises. In normal light this makes their eyes very brilliant and colorful, and in bright light can make them seem to glow.   They also have a strong layer of tapetum in the back of their eyes which grants them excellent night vision and gives their pupils a gold glow in the right light.

The ongoing legacy, a primarily Verin banner, older than all the others, which is focused on its longevity, supremacy and growth.

The history of the formation of the Banners

Nice worldbuilding, sort of reminds me of the Elves from LOTR! It makes me think though, suppose this species was one of the first to come into existence, how did they communicate? Did they have a structured language? Did they communicate with hand-gestures and sounds? Did they write down their language? If so, what type of writing-system was it? A logogram? Abugida? Abjad? Was there one writing-system or many? Was it used by other races? If so, is it still used?

It is a great overview and introduction to the Verin, especially for readers who's seen the name but haven't pegged exactly who they are yet. :)   Do they use genesculpting for their owns? Or is that considered 'cheating'? Is there a clash between traditionalists and new generations, with one using cuffs and the other more modern methods? (Kinda like how some still like to tattoo with the bone-needles of old, because why not). Were there humans on their first planet?   I might suggest an addition at the end: a "present day Verin" overview could be a good hook to how things are now and lead into the Verin Haimarchy more naturally? :)

There's a fun image about a ship coming from a totally crazy angle. This Index sounds like a pretty badass item. The physical features of the Verin, did they happen for a reason? Almost seems fitting for a night predator rather a deer type, which is what I initially thought.   Not sure if I missed it, but the Wave? Also, I'm a bit unsure on the role the Sazashi play into this. A nice overview of the Verin, makes me see I should read more so I understand all the factions.

As always, on Mobile. Yo know the Formatting is broken there lol.   This is a great article once again, and really makes me not want to be a Somnolent. The horns thing is really cool. Would a article on the traditional styles and complexity of horn growth be in the future?   More to the article though, was the creation of the Sazashi just due to wanton scientific / power experimentation? Or was there a reason for them to come to be? Did the Verin learn from this mistake, or have member been slowly trying to regain their status as the First?

Oof. I need this. I need to be a Verin of the House of Sorrows. Racist. Depressed. Angsty. And a God-complex? Sign me up!

Now that's a fun combo!   To the table: "This is my Sorrows Verin, his name is Xanax."

Proud to be a Verin!

This is a very nice article! The Verin reminds me of elves but with a very unique twist on them that diverges radically from the standard Tolkien esque elves we see in fantasy. I also liked the fact of the Verin being once a proud and strong race and then eventually being overthrown but yet managing to pull themselves through all their hardships. The only one thing I did not understand was what was the Akhje? Some info on that could be useful to new readers like me. Anyways this is a great article as always. I applaud your and Barrons hardowrk 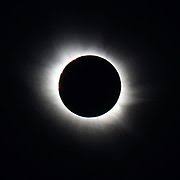 Hey Alphonse, let me thank you on behalf of my dudes for your praise. They really are amazing!   I'm just popping by to supply you with the link to the Akjhe article here: https://www.worldanvil.com/w/ethnis-ademal/a/akjhe-article?preview=true for an in depth answer to your question, and I would recommend you also check out the Verin Haimarchy article, link above, if you haven't already/ if you are interested in finding out more about the Verin government in a more present sense.   Thank you again for reading and I hope you have a great day!

Thank you for catching this <3