The Aen are the mental pillar of the Sazashi. As a species, Aen are programmed to uncover and explore every aspect of the universe. Wielding their gifted minds, the Aen wrested control of the world of Jhoutai and even Eden for a period. They only relented their power when they realized they could not stand alone.   With their Akjhe programmed on gaining knowledge and constantly learning, Aen have gained the reputation of being revolutionary intellectuals and progressive powerhouses. Aens hold their opinions strongly, but rarely share them unless asked.   They are often described as being intelligent, collected, curious, pragmatic, aloof, and blunt.

Aen are not particularly tall, and are hardly intimidating. In both face and in build they are slim and compact, with the only (minor) exception being their long tails, which can grow up to 60% of their body length.   Their fur is sleek, typically ruddy-brown but with variations and gradients on the theme that range between beige and dark mahogany.   Their markings are sparse - flecks of discoloration around their shoulders and face and near-imperceptible striping around their faces. Common eye colors are gold, orange, and red, and they often have darker spots within.   They average between five and six feet in height (1.7 - 2 Meters), and are light weight compared to most Sazashi. They are light enough in fact to suspend themselves by the tails should the need arise.

Considering their design for intellect over combat, Aens have less pronounced fangs and tusks compared to the more bulky Sazashi kinds.   Their claws are thin with dramatic tapers, it is common for many Aens to file their claws down into flat screwdriver edges for use in taking apart machinery.
Controls

An Aen's memory is so efficient that they can recall memories with eidetic clarity. They can remember all sensory information about that memory.

This is both a boon and a curse, as they can recall situations with supernatural accuracy, but traumatic memories can become that much more ingrained.

Aens are able to process mental stimuli at a rate much faster than other Sophont. This includes processing environmental data. They can track where something has been and where it will be in the near future.

This ability makes them fantastic trackers, or lethal marksman.

The Aen have time and time again proved to be the catalysts of change. With such powerful minds comes ideas considered radical or ahead of the times. It was the Aen who forged the path to the Sazashi Revolution. It was the Aen who orchestrated the downfall of the oppressive Shejlt-Rajh empire and the malignant Malisyk.   Aen were instrumental in forming the ValuSelu Pact, and still hold one of the most powerful voices of the united Sazashi. Some have accused that this power has come from an Aen's natural apathy, where lives lost are simply part of an equation. Aen will counter this point with their continued existence, and their indomitable ability to calculate and plan.

Aen culture is based around their Akjhe. Addictions and boredom, if not treated culturally, can lead the Aen into self-destructive behavior. In order to counter these behaviors, Aen Culture has evolved to enshrine hobbies and promote having a productive obsession.   In order to keep obsessions productive, Aen are encouraged through their culture to attempt to improve aspects of daily lives, no matter how minuscule the improvement. This often leads to the Aen culture being a rapidly fluctuating amalgam of fads, patterns, and trends. It can be so fast that other Sophont often have trouble just keeping up with them.

It's not uncommon to find Aen with a hobby that takes up a majority of their time. Collections, interests, and past times, no matter how trivial, help Aens maintain a productive focus.   An Aen can grow so enamored with their hobbies that it can become their reason to travel or join adventuring parties. An Aen with a hobby in utensil collecting may join a dangerous expedition just to see if they can snag an extremely rare spoon.   Party members should work to try and appeal to an Aen's hobbies, as it is the best way to keep them focused and engaged.

The Aen mental acuity can be described as explosive. It can be shaped to be a productive force, but if mishandled can turn into a destructive force that impacts everyone around them. Aen culture promotes Aen who take an aspect of life and use their abilities to improve it however they can.   They can take the most minuscule problems and optimize them until they are as close to perfect as possible. It is the reason why the Aen people are so brutally efficient. Each aspect of life has been poured over by countless Aen, all looking to find some aspect to improve.
Back to Top

Aen are playable in Ethnis Lite! Supporters of Ethnis see RPG info on this page! 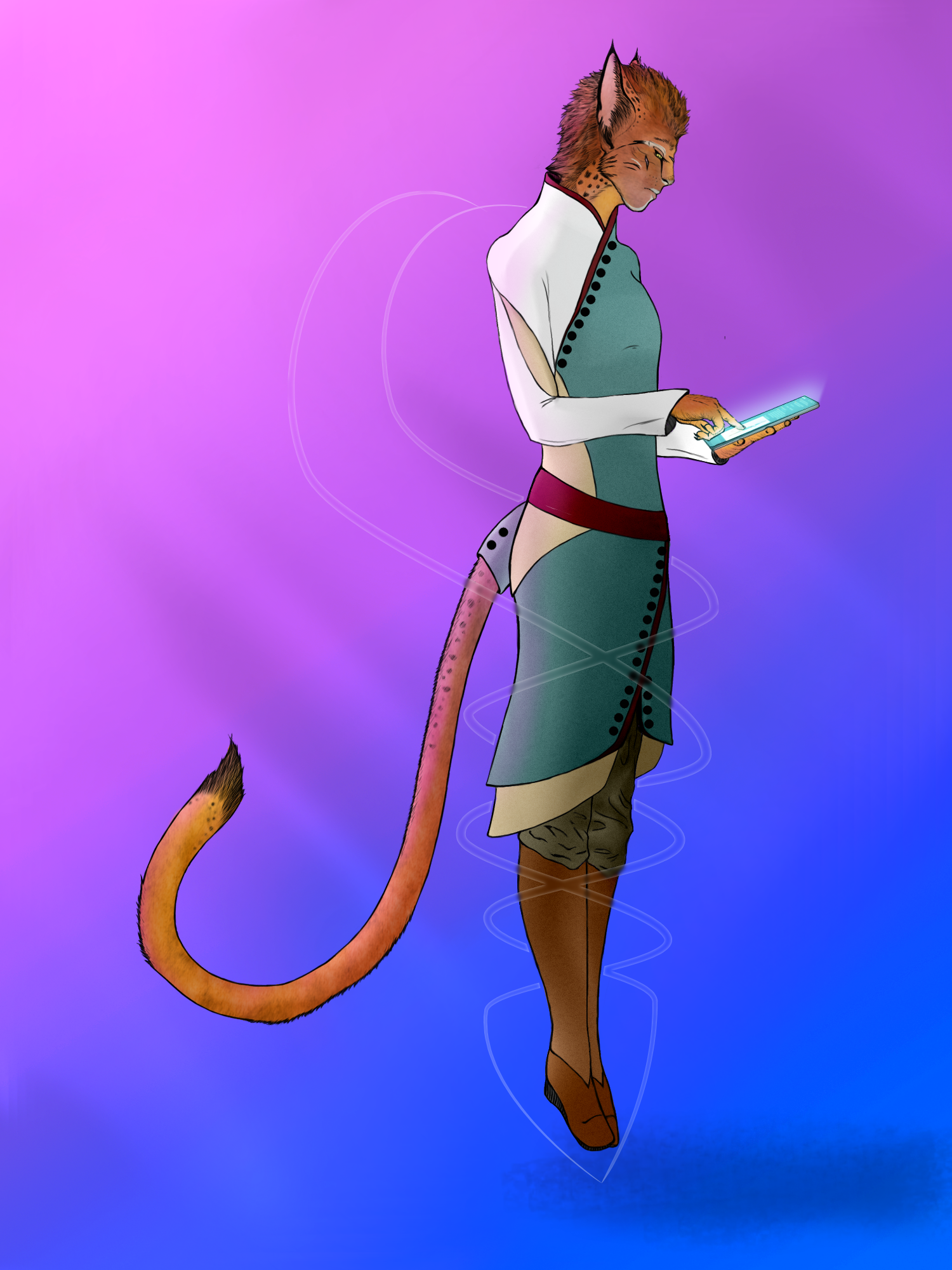 The discovery and unraveling of intrigue is exciting.
— Aen Akjhe

Aen are fixated with formulae and obsessed with equilibrium. They're intense, pragmatic, and interested in the best outcome for all parties.

Aen are self-serving, manipulative, sociopaths who game the system or spiral into the dark ends of nihilistic madness.

They are the race to play if...

You want to play the brains of the party. An engineer, a tactician, a doctor, or any intellectual role fits you very well.

Your goals in the universe rotate around a hobby. You have a collection you seek to perfect, or a knowledge you seek to acquire. Your involvement in adventures often comes with a motive related to said collection. You may keep this motive secret, or you may advertise it to all who listen.   At the end of the day, your motivation to do something comes from how likely you are to find what you are searching for.

You are a seeker of improvements. You seek to make the universe a better place by improving its methods of operation. Intricate problems capture your attention until you have a way to make them more efficient. This may lead others to seeing you on a spectrum of hyper-focused or easily distracted.   That all depends on how many problems need solving.

Your drive to explore hasn't surfaced yet, or perhaps you've decided not to have a purpose willingly. While you might have a profession, you haven't managed to latch onto a goal for that profession. You are wandering your own section of the universe, attempting to find what catches your interest.   Others might see your attention as fleeting, but you are just finding your purpose.
Sazashi

What is the life expectancy of an Aen ?

With modern medical technology most Sazashi and Humans live about 200 years, but the wealthy can live ostensibly indefinitely.