To follow development and see what's planned next for the Shejlt-Rajh and other Kinds page, Join the Ethnis Discord!

With every ecosystem, there are your scavengers— necessary filth and scum to help maintain the Wheel of life and death, it forms a perfect circle that needs not be disturbed.

The problem that Nik'kelrul Tor Kytheria saw too often, was when Sophont take up the mantle of filth and scum, and when they did, the entire cycle collapses.

Nik'kulrul had spent months on Kytheria, a budding planet of exotic natural evolution. Species seeded during the first Expansion Era florished and evolved into entirely unique subgenus. Natural evolution was a rare thing in a universe dominated by orga technology.

Nik'kulrul felt his duty to protect it, as strong as his Akjhe, and in many ways they were one in the same.

Anything rare in Ethnis brought forth people wanting it for themselves. For Kytheria's unique species, it was poachers— the scum that he sought to cleanse.

Nik'kulrul came across them on their hunt, three strong, rifles up and heads forward. They wore whatever protection their meager budget could give them. Nik wondered how they have survived this long.

He made himself known, stepping into their paths. His stance was wide, his emerald eyes glittered like jewels in the yellow dusk-lighting of the Lōtos Basin

Rifles were shouldered, curses were slung in all mannerisms of language. Nik'kulrul flicked his wrist, a wand slid into his palm. A familiar motion that brought with it a cleansing of scum and filth.

The Shejlt-Rajh are a Kind of Sazashi that were built to wield the power of Meta in the defense of their beliefs.

A stoic and silent people, the Shejlt are imposing both on and off the battlefield. With their Metaphysical power and intelligence, they once ruled the entirety of Jhoutai from their cradle of Valuser'rh.

They hold thier traditions and beliefs higher than any other Sazashi, which helped solidify their belief of Rajhska, the basis of most Sazashi religions.

A Shejlt has a three lines of defense.

The first is appearance, regal and menacing. The second is in personality, stern and demanding.

The Third? If you break past the first two, well you've probably been turned to ash.

The Shejlt-Rajh were one of the final products of the The Vadakendanic Procession, an honor guard built as testament to what the Verin could accomplish.

They were designed to be defenders of the faith, to stand by the side of the most powerful verin and safeguard them with battleground-leveling meta.

To accomplish this, the Shejlt were designed with meta-conducive skeletal structures, and a height that rivaled their Verin ancestors. They stand a head at least above most Sazashi, strengthening their intimidating presence.

Shejlt-Rajh possess angular facial structures and stand tall and lithe. Their coat ranges from orange to cream, to golden, with darkened stripes. The stripes are symmetrical and fractal in nature, akin to the patterns in a violin or engravings of ivy.

Many Sheljt supplant their designs with metallic filaments in their fur, or dyes that coat the short fuzz of their face.

Their ears stand straight up, with a length the same as their face. Their tails drape down to their ankle, banded along its length with a darkened fan adorning the tip.

Shejlt-Rajh eyes are taken from the colors of the summer season, bright and salient. Some believe that you can judge the strength of a Shejlt-Rajh by their visage alone.

The Shejlt-Rajh have been designed with claws and fangs, the same with all other Sazashi. Shejlt claws are straight and sharp, designed for intimidation. The length of the claws lends well to flat-handed fighting.

Their claws are retractable, unlike their close relatives the Parisan and Helyk.

Their fangs are short and lightly curved, which gives them a jaw appearance closer to the Verin than the other Sazashi.

Many Shejlt-rajh tip their claws with gems, to help conduct natural casting. Others will harden their claws for self-defense. Their shorter fangs are barely visible to the naked eye.

The Shejlt-Rajh's natural abilities come from thier mental acuity and the meta-conducive natural minerals that are built into their skeletons. The mental strength of the Sazashi grants them a strong foundation of beliefs and unity.

Their Meta conductivity is a more physical boon, spells that would push other Sophont past their limit can flow through a Shejlt's body like electricity flows through copper.

A Shejlt's discipline to their values has given them a regiment of beliefs that is as bolstering for their well being as their Akjhe and other biological desires.

The Shejlt-Rajh are built to conduct Meta into powerful spells. Where other kinds would conjour simple flame, they cast devestating lightning.

The Shejlt-Rajh's name translates to "Children of the Sun" a name given after a meteor of Sunmetal struck near their settlement during the Sazashi Revolution.

The discovery led them to believe that they were chosen by The Wheel to wield its power.

In the first Era of Sazashi independence, the Shejlt-Rajh hold the entirety of the world under their influence. Their nation of Valuser'rh held every other Sazashi nation as a protectorate.

In the end, it took nearly every nation fighting back just to get the Shejlt to dismantle their imperial empire.

The foundation of Shejlt-Rajh culture is Rajhska, from which most Sazashi religions derive and which itself derives from the Verin worship of The Wheel.

Depending on inflection and context Rajh can mean many things: The Wheel, the Sovereign, the Suns, Saints, Spirits, and Monoliths. Rajhska is the aspiration to be akin all these things, and it is the journeys you take to get there.

While not all Shejlt follow Rajhska, all still have their realm of beliefs which drive them.

I value my beliefs above myself.

At the center of any Sazashi's mental drive is their Akjhe. For a Shejlt-Rajh, this Akjhe is tied to their other values and beliefs. Whatever a Shejlt believes, they will defend it with their lives if they have to.

As many have learned, attempting to change a Shejlt's mind can be an arduous task at best, and a lethal one at worst.

The most volatile mixture in the known universe is a Shejlt, and someone who vehemetly disagrees with them.

Many Shejlt serve their beliefs and hone their strengths by defending them be it physically or mentally. They will often join an organization that shares their belief to serve with others of a like mind.

Many Shejlt spend their lives spreading their established beliefs, enforcing and teaching their values across the solar system. Many feel it is a duty to spread their knowledge to a wider audience. 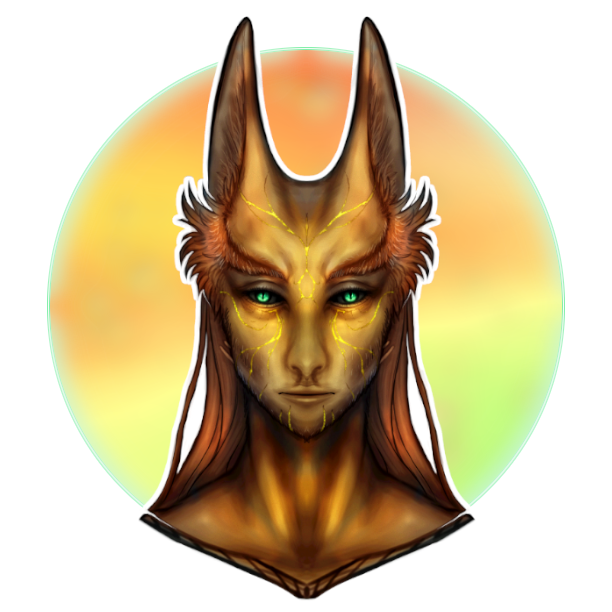 You are the spitting image of the Shejlt-Rajh, holding firm to the religion that has guided your Kind for millenia. The traditions are what give you strength, and you wish to spend your life contributing what you can to further that ancient noble cause.

Playing a Shejlt-Rajh lends well to playing a 'm agic' based character. The Shejlt are built to use meta, and to not use it would hamper a Shejlt's strength.

It also helps to create a Shejlt with known mantras and values to adhere to, this will allow strong role play! Don't let others trample over your beliefs and the wheel will sort out those who do!

Shejlt serve as religious and disciplinary leaders, they can help set the regions beliefs in place.

A Shejlt's beliefs can be a start point for quests or lead them into conflict. Good for getting a story going.

A Shejlt's personality can be rigid and cold, which might make them a fantastic enemy or ally.

Shejlt are walking meta-bombs. When introduced to a party, you are bringing aboard a walking super-weapon potentially.

Known to his crewmates as "The Doctor", Julk'krint holds the oath to protect his crew as sacred. Serving in the Valuselu Pacts colonial corps, he travels with small groups to backwater planets on missions to make them habitable.

His dedication to his crew has even cost him his own health, donating his own body parts when needed to bring his crewmates back from the brink of death.

“I've not had a death undeserved guilt my conciousness, and you'll not be the first.”

No one knows this Shejlt's true name, for they operate only in the domain of the Æthernet. They hold the belief that the entire universe was set into motion by The Vadakendanic Procession.

While many doubt her claims that they created the humans, very few dare argue with them one on one lest they find themselves on the receiving end of a Shejlt-Rajh's wrath.

"The truth is all around you, you are all just too blind to see it!" 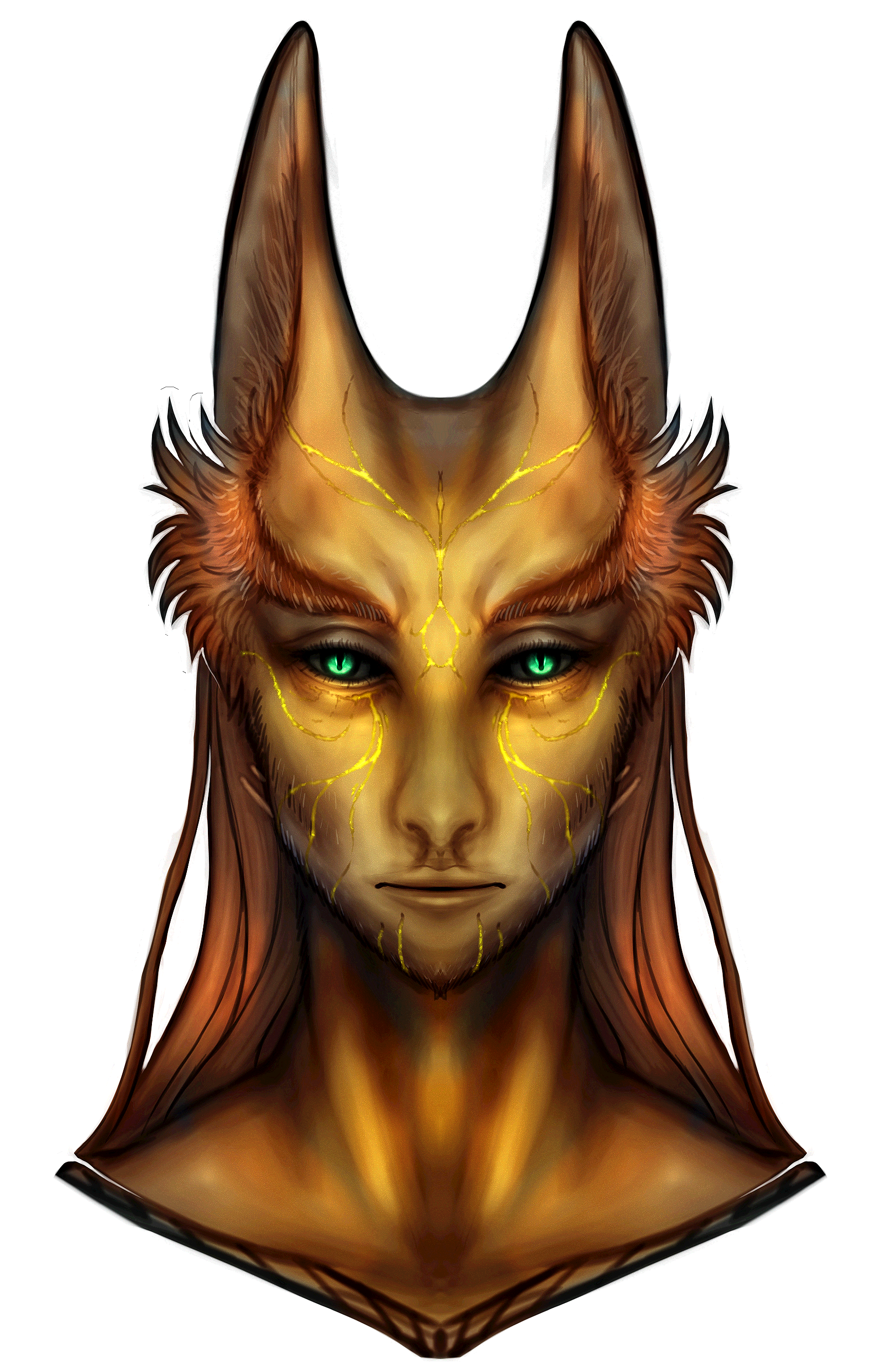