Written by Ademal and Barron     Sazakraht originated from the Eastern Amujnalden Region, but adapted so well to their region that they spread to the entire main continent, and it is surmised that over hundreds of thousands of years they have since hunted hundreds of species out of existence and thus made a notable impact on the global ecosystem.     They are terrifying and supremely powerful predators which dominate in any ecosystem.

Sazakraht are a quadrupedal mammalian species with powerful, muscular arms and talons which they use to rip apart foliage and devastate prey. In whatever climate and ecosystem they invade they tend to become the apex predators of the region.     Due to their dangerous natures and variety in size it is difficult to measure the raw power of a Sazakraht, as whenever a Sazakraht is demonstrating the full extent of their awesome strength most people in their right mind will be seeking the nearest escape route. Some basic metrics have been estimated based on Sazakraht attacks and lab simulations.

A Sazakrahts arms are able to strike forward more akin to a gorilla than a feline. This also allows them a wider range in which to strike targets in front of them.     A Sazakraht can strike with a force over 15000 PSI, which decimates a (trained) human's approximate >1000 PSI and dwarves gorilla's estimated 10000 PSI.

Sazakraht have hollow quills on their jaw which compliment their sense of hearing and which allow them to gauge barometric conditions. They work like a second set of ears, but focus on lower frequencies.

Sazakraht jaws are lined 34 teeth including two massive tusks used to grasp and gouge their prey. Their back teeth are laid out in a way that they form a scissor-like pattern when they close. This pattern allows them to cut and trim meat from a carcass.     A Sazakraht has a bite force of over 1500 PSI, this completely outclasses a human's 150-200 PSI, a lion's 650 PSI, and a gorilla's 1300 PSI.

Sazakraht do not mate for life, but a male will protect a female and her offspring from conception to birth to the offspring reaching a juvenile state, at which point they will split the litter and go their own ways.     Sazakraht females will not usually mate with a Sazakraht who smells like he's been mating other females because of a concern that he will be unable to protect multiple females at once, though there are exceptions made for particularly robust males.     While it is not unheard of for a male to kill a female's offspring and attempt to breed her, it is very rare as it would mean fighting both the male and the female. It also tends to be that if a male kills the offspring of multiple parties that those parties will band up to hunt him down and kill him.

Sazakraht originate from the mainland supercontinent of the world of Jhoutai, where they are a highly successful and prolific species spanning many terrains and climates. Their habitats are varied and of a massive range, giving rise to as many subspecies of Sazakraht as there are regions for them to live in.

Sazakraht lack the digestive enzymes to subsist on a low-meat or vegetarian diet, and so are carnivorous creatures. Despite this, they are often witnessed eating grasses and vines before and after a hunt for the oxygen boost to the bloodstream from the folic acid in the vegetation. They also will gorge on vegetation to induce vomiting when feeling ill.

Sazakraht typically hunt alone, but in lean times—or when taking on large herds of dangerous prey—it is not unheard of them to band together for temporary or long-term alliances.
Solo Hunting
When hunting alone, Sazakraht will usually seek the advantage of high-ground advantage and will drop down on prey to attack them with their talons.
Group Hunting
In the case of group hunting, the largest Sazakraht of the group will go off on their own and the smaller will flush prey in its direction for it to kill.

Sazakraht are not above utilizing their cunning or asserting their strength to steal other predators' kills. This behavior typically occurs when a Sazakraht is not able to catch its own prey for reasons such as ill health or scarcity. There have even been recorded cases of groups of Sazakraht resorting to distracting a feasting predator while others make away with the kill.

Sazakraht have been found to use their environment to preserve or stash food. For example, Sazakraht have been observed carving stashes into glaciers, where they will place kills to keep them hidden and preserved. In more forested regions, Sazakraht will use their strength and ability to grasp onto things to carry kills to the tops of large trees or other difficult to reach places.

Based on environmental conditions, Sazakraht will shed the undercoat of their fur to adapt to changing climates. The frequency of this shedding depends on the subspecies of Sazakraht.     Many arctic variations are known to go through multiple undercoats in a year. The sheer thickness of their coat can lead to the shedded hair getting stuck. Sazakraht will rub against rough surfaces to pull out any lingering undercoat.

Sazakraht are indomesticable—by their nature they are too aggressive, strong, and intelligent for there to be any measure to containing them effectively. Even in cases where a Sazakraht is raised in captivity it has proven impossible to suppress their predatory urges.   There are only two ways to domesticate a Sazakraht. The first is to develop a diminished Genestruct version of it to raise from birth, the other is to Uplift the Sazakraht to a higher level of intelligence—this is the more dangerous route, as you're more likely to just end up with an intelligent apex predator.

Sazakraht have a variety of facial features which shift from region to region. Some have thicker beards or broader chins, and some have more or fewer quills.

Sophonce Level: Sentient   Though they are typically a solo species, Sazakraht demonstrate a staggering breadth of collaborative or intelligent behaviors. They're far from ever forming a society, but if left to their own devices for a few million years they could likely evolve into Sophonce.

Like many of the lifeforms on the world of Jhoutai Sazaskraht have tetrachromatic vision to allow them to see in the low-light conditions caused by the constant storms of their cradle of life—the Eastern Amujnalden Region.     This allows Sazakraht to more easily discern objects in their environment which absorb UV light, such as urine, blood, fur, eggs, and certain Crustarthroflect.

Ears
Sazakraht have a well-developed sense of hearing. Their ears capture sounds and funnel them to their sensitive jawbone, which has hollows and drums within it to discern different frequencies of sound. This allows them to pick up sounds over great distances.
Vibratosense
Sazakraht can angle their quills like they angle their ears to tune the vibrations coming through their quills and into their jaw, allowing for aural depth perception. This complements their sense of hearing to allow them to pinpoint sounds, and is sensitive enough for them to sense vibrations underground caused by burrowing prey, the vibration of insectile wings, and earthquakes.
Barometrics
Because their quills are hollow, they can be used to perceive differences in air pressure inside and outside of the quill, which allows Sazakraht to sense incoming storms and temperature changes.
Due to the positioning of their auditory senses in their jaws, it is not uncommon to see a Sazakraht pause, open its mouth, and hold its breath. This may resemble a Flehmen response to the untrained eye, but is actually the Sazakraht exposing their jaw to more sound and using their entire oral cavity as an ear.

In most ecological niches that Sazakraht have adapted to they have done so either as an ecological disaster, a keystone species, or started as the former and have become the latter.

Over 6,000 years ago The Verin Haimarchy made a Genestruct species called the Sazashi by merging physical attributes of the Sazakraht and themselves.

Sazakraht have the intelligence to recognize the retaliation that preying on Sophont invites. Sazakraht will not go out of their way to prey on people, except for extreme conditions such as starvation or handicaps that prevent them from going after their normal prey.

Sazakraht are very territorial and will attack those they feel are threatening their habitat. Many fatal sophont/sazakraht interactions come from ill-informed tourists or ill-equipped adventurers unwittingly trespassing on a Sazakrahts lair.

While it is easy for many humans to think a Sazakraht is a massive version of a tiger or lion, this can't be farther from the truth. A Sazakraht can not be contained or placated like many big cats. While they share the agility of large felines, their gorilla-like front arms can bash through steel and rend limb from limb. You can not hide from a Sazakraht in a car, you can not trap a Sazakraht in a cage. Keep this in mind during your adventures in Jhoutai.
— A human's guide to Jhoutai 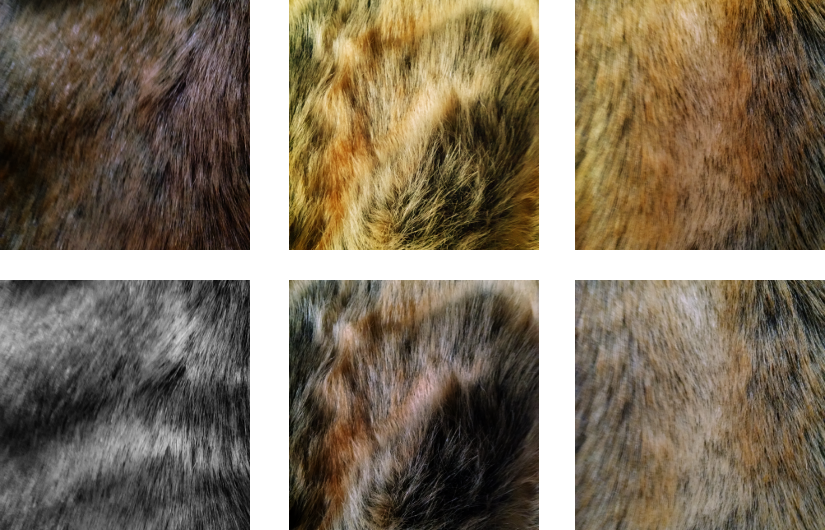 Coloration varies from region to region. In the west they tend to have a more autumnal palette of color tones, in the northern reaches they tend towards the darker shades of grey with white features, in the central regions their colors are very light and bright, and to the east they're more brilliantly colored.   Sazakraht have a range of spots and stripes in different patterning and of varying degrees of intensity. A Sazakraht's stripes are like a thumb-print, and tend to be a blend of their parent's markings. It is possible to track a Sazakraht's lineage by its markings with surprising accuracy.

Sazakraht is a Sazasharanare term meaning Saza-Beast. Saza is the untranslatable term regarding this creature, its essence, and everything about it.

This article was written for the Specious Species challenge by Barron and Ademal.

Damn, you put me to shame Ademal - amazing work once again. what is this challenge?

It's the Master's Monthly Challenge for those of Master Rank or higher within the Patreon Guild. This one Ends Saturday but they're held every month. :D

Hmm that is interesting. I wish I could afford the membership but ... student for the next 2 years

Very well written and entertaining. I enjoyed the attention to detail regarding the parts anatomy that are relevant to their position as an apex predator.