We hit our writing goals for Summer Camp and then some! The Ethnis Lite server is live, games are running, and development is rolling right along! July was a helluva month, but we are proud of our progress!

Summer Camp has come and gone and we are proud to say that we did it—we hit our goal! Barron and I streamed for 12 hours straight, wrote 30 articles each, and had people coming, going, and engaging the entire time! From all of our viewers there was 89 articles submitted to our raffle!   Between everyone present we wrote over 50k words on that day alone, so big shout out there to everyone, especially Sai, Damion Otter, and Milladamen, who won the prize raffles.   Our goal to clean up the articles didn't get as far as expected, so we have plenty to do there, but that's just fine. We're just happy to have some great stuff written!

How you can help Ethnis grow! Share us with friends, give us feedback, and support us on social media and Patreon!

Here are some of our big highlights from this year.

Palace of the Somnolent

The first and most popular invention of ManuTech Incorporated, is the M.U.L.E. The ManuTech Universal Load Engine. the Mule is used to supplement most manual labor for both commercial and personal use.

The Murph is a Syndicate-born urban legend based on Murphy's Law. A small goblin-like creature that thrives to make things go wrong at any level.

A Luea with a dream. And not a lot of sense. 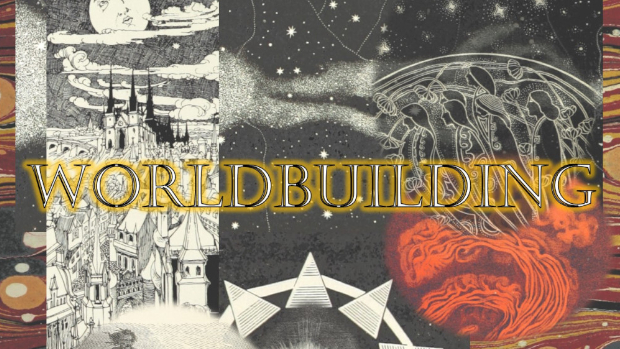 Leigh Wright, curator of WYRD DAZE e-zine. Interviewed us! He is a pleasure to work with, and put together an excellent interview with us!   If you've ever wanted to know a little more about us, think the e-zine format is cool and the way of the future, or are just looking to get a little more of your Ethnis fix... check it out!   Read More 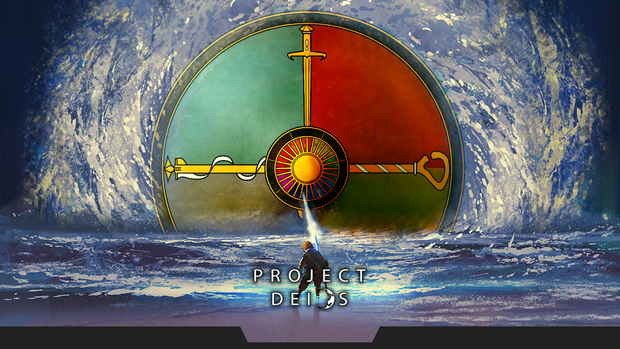 In case you somehow haven't heard, Project Deios is the new hotness in the mapmaking and worldbuilding community!   We've been hype over this for a long time, and now that it is out we're positively brimming with excitement. We have proudly backed it at the Platinum CL tier, which gives us license to use it commercially!   Read all about it here!

There are now Ten Ethnis Lite Worlds! At this point we have enough E.LITE Worlds that we've decided to move onto our next step and announce that we will no longer be taking no-strings-attached applicants to be E.LITE worlds. It will remain an option for those who join our new Prodigy Tier on Patreon, of which DreamMaker is our first honorary member because she has twice now donated as larger sums of money towards Ethnis.   Check out the E.LITE Worlds, and those of you who are already among them... keep an eye out. We have some VERY cool things upcoming for you. Until then, we have opened the Ethnis Lite RPG Server and are already running and testing Ethnis Lite so come join us!

By Ademal
Absurdist philosophical sci-fantasy
An absurdist sci-fantasy universe full of intrigue, drama, humor, sensuality, and horror.
By
Sci-Fi Hopepunk, Genetics and Terraformation
A solarpunk sci-fi setting in a future where humanity wises up about how we care for our world.

Generic article | Jun 29, 2019
By Matthieu A.
High Fantasy, Wonder and Adventure
A rich fantasy setting about a country in the midst of a time of renaissance and grand adventures.

By Damion Otter
Horror Fantasy, Zombies and Madness
Where the dead cannot rest. Where brutality and cannibalism are the norm. Where madness lurks. Haven is hellish.

What is the universe of Libertas? A pop-punk retrowave pastel nightmare, exploring themes of humanity, isolation and loss. Created for Ethnis Lite and Mothership RPG.

By Xanthuss
Retrowave Sci-Fi
Inequality, corporate greed, and human stories of survival against the pastel backdrop of planet Libertas.

The armoured fist of the Emperor

By Kris Weavill
Roman Gritty Fantasy
A Romanesque world of Elves, Man, and Orcs embarking on an age of exploring Ultima Thule—beyond the known world.

By Sierra Brown
Military Sci-Fi, Intrigue and Aliens
Humanity destroyed Earth, but lives on, divided, on new worlds and among the stars.

The elevator pitch, the TL;DR, the introduction to the setting that lures the curious and rewards the brave.

An introduction article to the world of Andrawyn

By Susanne Lamprecht
Dark Fantasy Magipunk Sword & Sorcery
A world of song and magic stands on the precipice of abyss, rife with drama, sensuality, and mystery

Generic article | Aug 14, 2019
By DreamMaker
High-Octane Dying Earth Drama
In the ashes of civilization, the Proto Agon—Humans, Automa and Hollow—carve their living from its remains.

We are 2 commissions down and 5 to go before we have our Hero roster for Ethnis Light. Each illustration represents a Mantle, a Sophont, and a Banner, and helps show what to expect of making a hero in Ethnis Light.

Our goal is to get the core of Ethnis down to 100 articles, which means that by the end there will be around 700 articles visible only to Patrons. This number will only go up with time, so consider supporting us if you don't already!

Ethnis Eats is Chapters 1-3 are being ported to World Anvil. Once we have a moment to catch our breaths, Ademal will likely port them over all pretty!

Another bit that's been quietly running in the background! We've outlined a lot of how tech works ingame and in universe, and as our project juggling allows will be revealing articles showcasing the various technologies of Ethnis.

A new goal looms on the horizon... a kickstarter. You heard it here first!

From the creation of E.Lite to the Summer Camp article marathon, you two have spearheaded some pretty incredible (and insane) feats. It's hard to believe how much Ethnis has grown since I first became a fan. I never expected to be a part of it, yet I'm honored to be a Prodigy as well as the 10th E.Lite world.   Keep up the amazing work, I'm excited to see what comes next!