A male githvyrik lich and member of the Gilded Hecat Guild. A former Githyanki Gish (meaning "Skilled" in his native tongue) blending his powerful necromantic powers with swordplay learned from the traditions of the People of Gith. After crashing down to Ekal from transport moving between Yunal and Zunal, he joined the Gilded Hecat Guild and became a founding member of the Fortunate Five, taking the role of the strategist and unofficial leader for the group. When another member of the FF, Windred Ozlow, began displaying her psionic powers, Zan'kiri agreed to assist in her training of them and her research into an otherworldly spirit attached to her in exchange for helping him in other endeavors.   The lichfather (ie godfather) to Windred and Reetma's children Merry, Drey, Kara, and Kiri.

Extremely tall and extremely gaunt, he somewhat resembles an oversized skeleton wrapped tightly in green leather. Because of the length of his limbs and the lack of defined musculature, he tends to move with an unnerving jerking motion where his movements seem....off. Almost resembling someone being puppeteered.

With a general stern look settled into his face, he easily appears as an unsettling or shady character; traits which are only reinforced by his elongated gravely and affable speech pattern. This all gives him a general air of being Faux Affably Evil...all of which is not really a mischaracterization. While capable of growing out his hair, its growth is extremely slow and he tends to shave it bald. Partially to keep it neat, partially because repeated exposure to his dark magic has caused it to grow in patchy. Similarly the overwhelming negative energy caused by delving deeply into necromancy without proper guidance or protection, has caused his long elf-like ears to rot and fall of, adding to the skeletal appearance of his face.

However, when he has been properly feed on his diet of souls, his appearance becomes far less skeletal and unhealthy, and he begins moving in a much more fluid motion. With a high amount of powerful souls, even his missing ears may grow back.

Few know of Zan'kiri's life before joining the GHG, the struggles he faced as the weakest fighter in a clan of githyanki raiders. So he turned towards the arcane, mastering the arts of necromancy to provide him strength where his body lacked. When it became clear that he'd learned all he could on Yunal, he traveled to the far-off continents of Ekal in search of further ways to expand his power...   Having been severely injured as a young hatchling shortly before the beginning of the 4th Cycle, Zan'kiri was deemed too injured to survive normal Githyanki training. However the event that lead to his injury, an enslavement to one of the Horns of Valhalla, made the other Gith deem it better to allow him to live so that another would not take his place tied to the accursed item.

With his fate to die by the sound of the Horn sealed, Zan'kiri was deemed a dead man and had to scrounge training from the spirits of dead Githyanki to teach him how to fight and use magic. It was a minor miracle that he managed to survive being called down to Ekal by the Horn of Valhalla a number of times over the course of the next few centuries. Eventually he was given an opportunity by a dark and mysterious Gith woman with secrets of necromancy to travel to Ekal and search for the Horn and destroy it.

After butting heads with the chaotic Phaedra on the matter of using helpless Sahuagin slaves as sacrifices to the spirits of Ardin, he accused her of not taking their work seriously and nearly getting them killed after a battle with a powerful spirit, spearheading a vote to remove her from the group. Though the vote ultimately failed, it laid the foundation for Phaedra's eventual departure from the Fortunate Five.

He also was one of the conspirators alongside Windred Ozlow and Ysmyrelda Starr in the mysterious death of Jezebeth Rahal in the Imperial Marshes of the Treeleaf Union in the fall of 918. While he had long been vocal to the group that Jezebeth's Aetherforged project was a road to disaster so long as she lived, it was only with Windred's permission and the agreement of Ysmyrelda that he set forth to murder the Rakkan woman in her sleep. While the others did their best to remain unaware of the details or cover up the murder, Zan'kiri was the one to actually kill and dispose of Jezebeth in the swamp.   After Jezebeth's killing Zan'kiri would go on to help defeat Bianca Avon and helped bring a measure of stability to the Treeleaf Union. That winter he followed the Fortunate Five up to the Northern Territories on a long-term contract for Chusei University, bringing along his passionate apprentice Frogina George. Despite a violent encounter in Olenjii that turned the Knights of Rarita against him, Zan'kiri slowly amassed a degree of wealth and prestige working for the University. Procuring rare adamantium and convincing merchants to sell his weapons, his business connections spread throughout Pescaliat while everybody in the Fortunate Five walked around in his hand-crafted armor. When Frogina outgrew his training she traveled back to GHG HQ in Dhyrlonis in the lap of luxury, escorted by Zan'kiri's own homunculus Kaynish.   But despite a string of accomplishments in the Northern Territories against Ownka Ramm's and the Gray Hat's minions, Zan'kiri still needed to deal with the Horn of Valhalla keeping him tethered to Ekal against his will. With the wielder of Zan'kiri's horn located in the Territories and Kyoko Hara offering an alliance with the gith in return for assisting her rise to power in the region, he managed to convince the wielder of his horn Taro Sato to peacefully hand over the horn so he could destroy it once and for all.   Free from the tyranny of his own Horn of Valhalla, Zan'kiri brokered a deal with the Ageless One to have the deity create a hole in the Veil to allow Ekal's gith a chance to escape in return for the necromancer defeating the archdemon Gray Hat. Gray Hat was officially banished from the world in the fall of 921 with the combined efforts of the Fortunate Five, Zan'kiri taking the opportunity to transform into a lich in the wake of the battle.   Zan'kiri spent the early years of his lichdom making deals and political arrangements throughout Pescaliat. He crafted a Magic Jar for Paoli Piedmonte so the Sardivelian ruler to transfer his soul into Alessandra Capaldi's, he recommended that the remaining gith of Yunal establish a permanent embassy in the city of Silvio, and founded a haven for necromancers known as the Graveyard. He arranged a deal with Koulan to end the life of the ancient primordial being, a ritual that will take half a dozen talented necromancers to succesfully perform.    The lich has made multiple rivals in just a few short years, snubbing the Edict of Dromire passed by the necromancers of House Hainaut and upsetting Kyoko Hara by refusing to take a position in her newly formed Northern Union government (not to mention recommending the gith establish an embassy in Silvio instead of Kyoko's hometown of Sanjuro City). The Ageless One continues to keep a wary eye on the necromancer's activities, but Zan'kiri welcomes the opportunity to put any of his rivals in their place if they decide to challenge his power. 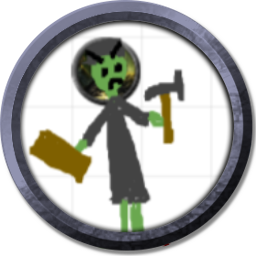