A female yuan-ti pureblood and member of the Gilded Hecat Guild. Raised in the Sabha capital of Orem by two professors from Tahrir College, her parents were arrested as part of a sting operation against yuan-ti activity in the city. The city's chief of police Jheri Heshtara was convinced by her sister to go easy on the young sorceress, allowing her to attend school at Mulane College hundreds of miles away.   For several months in the fall of 918 she journeyed with the Fortunate Five through the marshes of the Treeleaf Union hunting ghosts and rescuing townspeople. After numerous disagreements over party leadership and chaotic bursts of wild magic, Phaedra left the team to join the Redscale Rumblers in rural Broggfey. Blessed with divine magic by her patron deity Seevo, Phaedra hoped to find more similarly-minded adventurers more committed to doing good.

Raised by tenured professors at Tahrir College, Phaedra grew up surrounded by busy academics and countless millennia of artifacts. Seeking attention from her family and the campus' faculty, from a young age she learned to dance and draw a crowd to whatever she was doing. She would sit in on all kinds of lectures, absorbing trivia and information to impress others on the university's campus.   But this life of entertainment and learning ended one night in the mid-910's when her parents were arrested by the Sabhan government on charges of stealing artifacts from Tahrir. 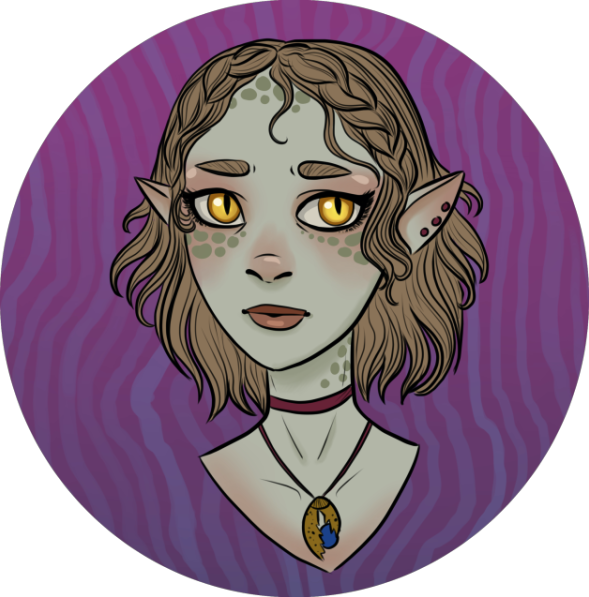