An orc cleric and devotee of the god Gruumsh. A survivor of the Sunken God's Reign of Terror, she valiantly fought to defend Thork and her orcish kin from the relentless sahuagin horde. She hoped the creation of the orcish nation-state of Broggfey would reinvigorate her race and remind them of their militaristic past, but she was disgusted to find them turn to lives as farmers under Luthic's guidance. Failing to gain any converts for her patron deity, she traveled east and came across the mysterious Gatekeeper who offered to pay adventurers to travel the world and search for suitable strongholds. It was a sign from Gruumsh that she was granted such an opportunity to spread her god's wrath.    So Ownka joined the Seeking Scorpions, fighting alongside them through the deserts of Sabha and the jungles of the Northern Territories. Many of the orcs outside of Broggfey proved skeptical of her teaches, but she found fertile ground for Gruumsh's teachings among the disenfranchised lizardfolk of the Northern Territories. One lizardfolk named Log became a devout acolyte, absorbing Ownka's teachings before staying behind in Sanjuro City to continue proselytizing to the lizardfolk dockworkers.    Ownka proved skeptical of any powers that didn't come from her patron, including the Deck of Many Things obtained from Auntie Jadoogar. While fortune and disaster struck her allies from their reckless drawings from the deck, Ownka never pulled a card and became one of the most experienced members of the team. 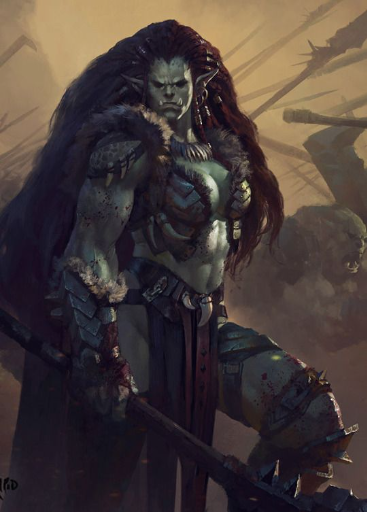