A mysterious hag living in a mountainside cottage in the Sabhan countryside. She has a fascination with probability and chance, often making deals with visitors to increase the amount of chaos in the world. A band of adventurers known as the Seeking Scorpions met with her in 908 to obtain a magical dowsing rod, and in exchange they agreed to make their sorcerer's wild magic powers even more unpredictable.   She also surprised them with an even more chaotic gift: the Deck of Many Things. 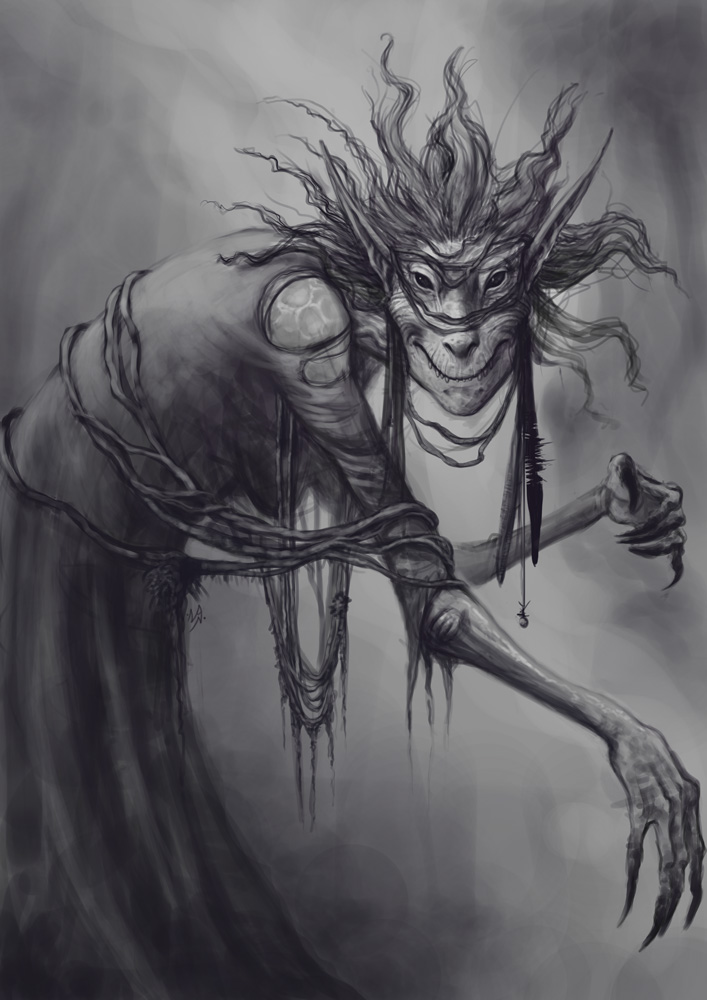